Why Did You Put Out That Awful Album?, Part 2 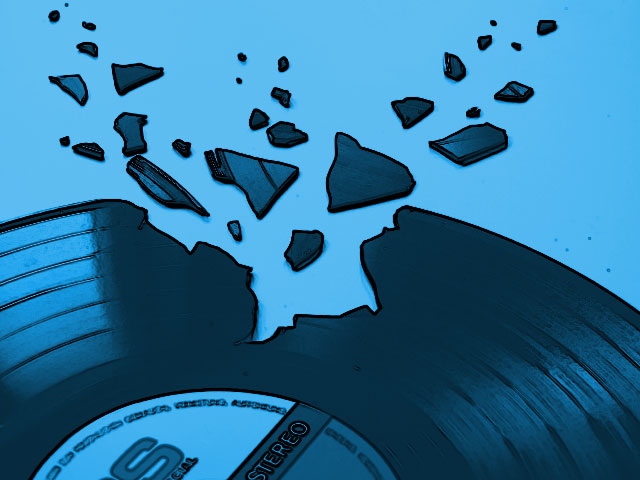 In the last part of this article, I talked briefly about recording my third album, "Pressure & Obsession", and how I had felt about my songwriting skills, technical ability, and my overall approach to music. I had said that at that point in my life, artistically speaking, I had "leveled up one".

That's the only way to describe it, really. In my life, there have been two or three distinct points in time where it was extremely apparent to me that I had broken through this "creative ceiling" and had crawled up to the next floor in an infinitely high tower of musical adeptness. This was one of those moments. When I had finished writing my first album called "The Grasping Hands of Possibility", that was my first.

But the thing is, before having experienced something like this, before I had written any albums, during a time when my musical knowledge consisted of little more than a few CKY riffs, I already had all of the tools I needed to record an album, package it nicely with some artwork thrown together in Photoshop, and ship it off into the digital world for all the ears of the Earth to hear. At that time, the vessel of choice for most, including yours truly, was MySpace.

…Boy, did I take advantage of that.

I had put out a few demos and an EP before "Grasping Hands", and needless to say, I haven't had the "pleasure" (if that's what you could call it) of hearing those lovely tunes in years. About five to be exact. I'm still not ready for an audio tour down Memory Lane.

Anyway, I completely took advantage of all the technology at my fingertips and threw track after mediocre track out into the world, thinking I was a total rockstar, fresh outta high school. I consider that whole time my "Level Zero". I had not left the ground floor of that tower just yet.

However, all of this was completely necessary in order for me to get a better handle on writing decent music and what it really takes to truly impress yourself and let out whatever it is that musicians cannot release through an outlet other than music.

Since there's never been a single Ruined Machines show, or even a full Ruined Machines line-up, in many ways this was the substitute for that for me. I didn't have human band members, I had MIDI band members. I didn't have a keyboardist, I had MIDI synth pads and pianos (and even drums for the first two records). Then eventually, I graduated from MIDI drums to WAV-based one-hit samples.

While most of my musician friends were playing out more and more, I kept hammering away at recording software and a beat-up American Showster with a headstock that was and still is ready to crumble to a million dry wooden pieces at any given moment. But it was all integral to the overall process of bettering my craft. I know that if I had gone the more traditional band route of writing in a group, jamming in a group, and playing shows as a group, I'd have turned out a drastically different writer and player.

Sorry for blabbing… I guess what my point is, work with whatever tools you may have to create sound like you like to hear. This also goes for any form of art, not just music. It doesn't matter what tools you use to create, all that matters is the enjoyment of the finished product.

From time to time, I'll come across an old tune of mine that I had set off into the world before it was ultimately ready to be heard, and I'll ask myself, "Why did you put out that awful album, anyway?", but I have to keep reminding myself that I couldn't have learned any other way.