Why Did You Put Out That Awful Album?, Part 1 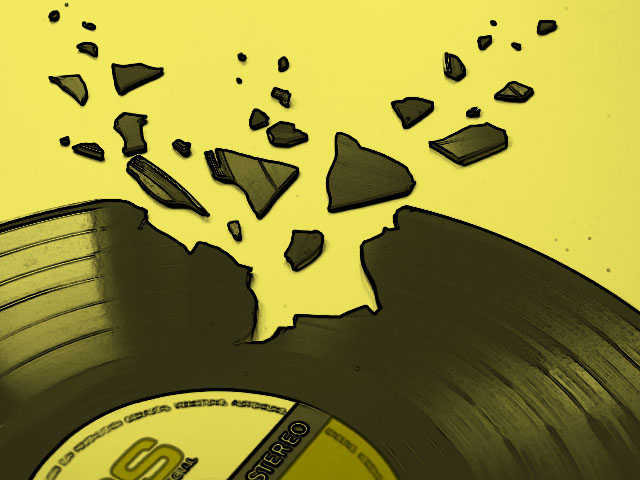 It's approximately 5:20 pm on the 20th of May, 2012. In about half an hour or so, I'm heading to a friend's place to borrow his twelve-string acoustic guitar to put to use in one of the tracks on the "Mercury" EP, which is due out in a couple of days (on the mighty fine Rain Music Group indie label). It's the second Ruined Machines EP in the "Celestial Bodies" series of audiovisual collaborations I'm doing with my friend Michal Brodka; I do the music, he designs the artwork for it all. On the first of every month, we release a new chapter in the series. This month was "The Sun", next up is a 3-track experimentation focused on the planet Mercury.

Anyway, as I sit here writing this piece, I reflect very quickly on what Ruined Machines has become over it's nearly six-year lifespan.

First, an update: Now that this article has had a couple birthdays of its own, Here's an update on us since the original piece was published. I say "us" because Ruined Machines has since morphed from my solo project to a central-Jersey based four piece currently getting ready to book shows for this summer. Nine self-penned Celestial Bodies chapters have been released into the world since the original publication date and is available on our Bandcamp page, both as installments and together as one.

I'd like to think that RM's improved a ton since beginning my "journey into space", and transformed from something without an obvious purpose to something with at least a general mission. Ruined Machines serves as a tool for me to learn the infinite ropes of songwriting and audio recording, and the first 2 years worth of Ruined Machines tunes were essentially some of my first completed music projects. As soon as I had written and recorded "Pressure & Obsession", I knew I had in a sense "leveled up one" in my overall skill as a musician.

When P&O was finished, I said to myself, "This is finally the piece of music that you've been waiting to create. Finally, an album all your own that you'll actually be able to enjoy in a few month's time without involuntarily cringing upon listening."

Well, that was true, for a few months. Then after a while, I started to get the same old feelings again that I got a few months after I put out my previous two albums. I was unhappy with the record. Don't get me wrong, I'm still immensely proud of "Pressure & Obsession", and think it's an interesting and truly unique piece of music, but all of a sudden, it was not my "perfect little masterpiece" anymore. I had started to notice all of the little imperfections everywhere in the recordings, and started to remember all of the moments during the tracking process where I should've done another take, or worked on melodies a little more, or practiced that guitar line a few more times, but didn't because, "Eh, whatever, it's good enough."

But you know what, strangely enough, I think that sort of thing is normal. I think that a musician must go through those sort of phases where they eventually decide that a piece of music cannot be improved any further, only to succumb to their own brand of "self-constructive criticism" a little later on down the line. Them from there, the musician has no choice but to create something else… something better.

Think about it: If an artist created something and deemed it perfect, and never changed their mind, could anything created by that artist after that point really be considered "progress"?