Practice Better, Part 1: Get Your Head Together 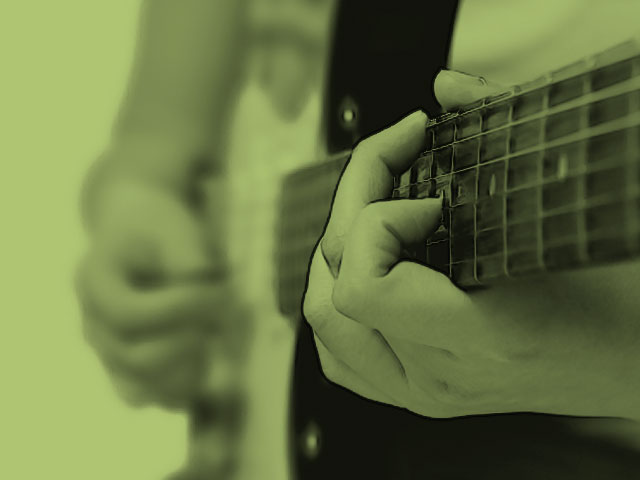 Practicing is an art form. To do it right you need to improve your mental game and make the most of your practice sessions.

The first thing I learned when I got to music school was how much I didn't know. It's very enlightening actually. It's also very frustrating. That's the bittersweet irony of education: the more you learn, the more you realize you don't know.

I picked up the bass quite late in life compared to all the other wannabe musical geniuses running around the halls of that nuthouse. And as a result, I continually felt like I was behind the curve. No matter how much I practiced, no matter how much I played, there was always a mountain to climb and a river to cross before aspiration became accomplishment.

And then there were the days when I just felt so overwhelmed I couldn't even pick up my instrument. Now that's irony: "I have so much to learn, I won't learn anything at all." It's not all that uncommon. And it's not the sole domain of musicians. Everyone feels overwhelmed when there's too much to do.

Soon my practice sessions turned into procrastination sessions. Tell me if this sounds familiar: "I can't practice in this mess, I better clean up first". Or, "I'll just grab some coffee, read the paper, get in touch with a couple friends, eat, re-string my bass, shop for a better metronome and then practice." Guess how much practicing you get done on a day like that.

If that sounds like your practice sessions, take heart. It's just a head-trip. You're not broken and you're not a bad musician. You're just human and overwhelmed. It happens.

Ok, So here’s how to break that vicious cycle.

1 Admit that you can't do everything at once (and that it's ok).

Just because you can imagine all the stuff you need to do doesn't mean you have to do it all at the same time.

2 Pick one worthwhile task and dive into it with focus and determination.

You'll find that it's very freeing to concentrate on just one thing.

For instance, decide that today is the day you're going to really figure out why Miles' solo on So What (Kinda Blue) is so awesome. Listen to it over and over. Sing along with it. Play it on your instrument. Write it out. Transpose it. Create a loop that mimics the band's transition from the D minor 7 to Eb minor 7 and explore how Miles navigates that change when it comes up. Put that solo under a microscope and see what makes it tick.

3 Continually remind yourself that the key to learning is quality, not quantity.

Silence the demon on your shoulder whispering in your ear about all the other aspects of that song you need to master. They don't matter right now. Nothing does.

Now, here's the cool thing about this type of practice: it actually does help other aspects of your playing whether you mean to or not. Sing along to that solo and you're not only internalizing his phrasing and note choices, you're also improving your ear and intonation. Write out his solo in standard notation and you're not only visualizing his timing and color-tones, you're also improving your sight-reading by visually linking notes and rhythms with their sounds.

And remember, Rome wasn't built in a day. So don't expect to become great overnight. It never actually happens that way. Get good at breaking off a small piece and owning it like no one else. Don't be afraid to spend hours, weeks or months on that one solo if it moves you.

Practice isn't just about doing your homework. It's about becoming a better musician through deliberate study. But that doesn't mean it has to be bland. Practicing is an art if you do it right.