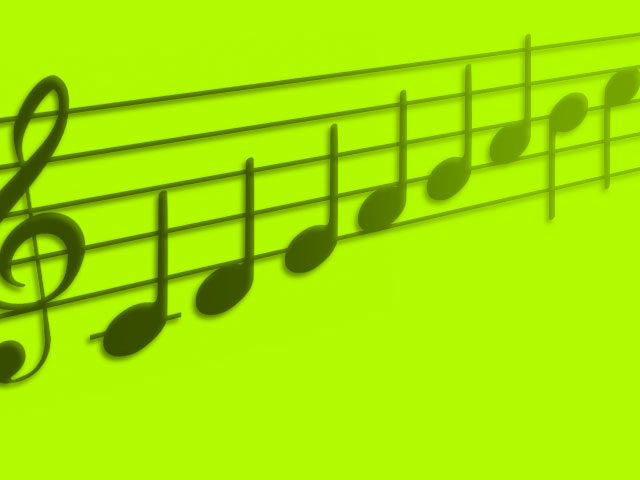 A look at the basic building blocks of music, including major and minor triads, scales and the whole/half-step intervals that make them up.

If you are just starting out learning to play your new keyboard, sooner or later you will need to play chords. At first you may think, there are so many chords, how will I ever learn all of them? Turns out there really aren’t that many and there are some basic rules that can help. Armed with just a little information that’s easy to understand you can tackle any piece of music and have the chords figured out in no time at all.

Before we get to chords, we need to take a short look at scales. As we said you simply have to know your scales. Let’s start with the C Major scale. That’s the one that uses just the white keys. Don’t be afraid of those black keys. We’ll come back to those a little later. To say that a little more musically, the C Major scale has no sharps or flats and is made of the notes C-D-E-F-G-A-B-C.

So what’s this interval stuff? Ah, that’s the magic that you need. Not only to help with forming a chord that you don’t know, but it will let you learn all of the major scales.

Pretty slick huh? Did you notice that one simple rule works the same for both scales? Did you also notice we slipped in one of those black keys (F#) on you? It wasn’t too bad was it? Now, try it yourself on the F major scale.

Let’s go back and look at the numbers on the scale examples above. There are real names for the intervals (steps) between the notes, but let’s just focus on the numbers for now and how we can use that information to form any major chord.

Like before, let’s start our example using C Major. To work out the C Major scale we showed you how to apply intervals and then how you could apply that same info to work out any major scale.

To make a major chord there is one rule you need to know. 1-3-5, yep that’s the rule 1-3-5. Take those note numbers from your scales and use them to reference what notes are used to make up a major chord.

Just like before let’s try it for G Major. Again, if you need to, reference the scale above and you will come up with the notes of the G Major chord (1-3-5) or G, B and D.

Now that you can play all your major chords, let’s work on the minor chords. The rule is almost the same. There is one minor (get it) difference – All you need to do is flat the third note 1-3-flat-5.

Just like the major chords, you can refer back to your scales and intervals to help work out the actual notes. Let’s try C minor. The rule this time is 1-3-flat-5 so that would be C, Eb and G. How did we get that again? The first note of the C Major scale = C. The third note of the C Major scale = E but we need to flat the third so it becomes Eb and finally the fifth note G. Just like before that simple rule 1-3-flat-5 works in all cases.

Next, we looked at major chords and any easy way to form any major chord. Simply follow the 1-3-5 rule. Go back and work on those scales and the note numbers. Apply those to find the notes you need to form that major chord.

And finally the minor chord. It’s the same rule we used for the major chord with one (minor) difference. Flat the third note and it looks like 1-3-flat-5.

Now - Play, practice and most of all – Have Fun!