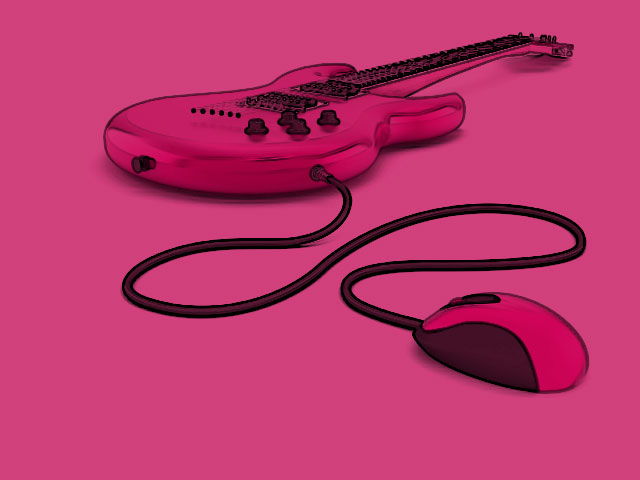 A few tips and tricks for using your computer to make your practice sessions more effective.

I was an idiot.

Just the same, my teachers taught me some truly invaluable lessons about practicing. And though, at their core, these concepts really have nothing to do with digital technology, I later discovered that letting the computer do all the work left me more mental bandwidth to concentrate on being musical.

So, here then, are a few ways to use technology to get more out of your practice sessions.

Every musician should have a good sense of time whether you’re part of the rhythm section or not. Using a metronome prevents you from slowing down a passage when things get hard. If you find yourself faltering, your click is set too fast. And when you discover one day that you’re able to make that relentless click actually groove, you’ll know you’ve hit on something big.

There are so many ways to make this simple concept work for you by using a computer. And whether you play to a traditional click sound or a two measure loop from a Steve Gadd drum part, the flexibility you have to speed up, slow down and shift beats is amazing.

To start, find a sound that doesn’t compete with the timbre of your instrument and create a long loop of clicks on the quarter note. Once the piece you’re playing feels comfortable at the right tempo, mix it up a bit. Shift the click to the upbeat and change the sound to a ride cymbal. Or mute the “one” and “three” and play to the backbeat. See how much you can take away and still maintain the groove. Then go in the opposite direction by laying in a full drum loop and examine the effect that sparse click had on your practice once all those sounds come back into play.

After talking with my former mentor, bassist Lincoln Goines (Mike Stern, New York Voices), one day, I came away attached to his idea of looping a chord which he would then play along to, experimenting with different tones and scales. The idea is to internalize the sound of that harmony and the different feelings you can create against it.

For instance, you can loop a G7 chord and then see what it sounds like to use G Mixolydian over it. Then you try a pentatonic or maybe A minor. In the privacy of your practice space you can hit good notes and bad, finding out when to use certain scales to elicit certain sounds.

Back in the day, I would record myself “comping” a single chord and then play along to it. Then along came computers and it suddenly occurred to me that not only could I create a more sophisticated backing track, I could also change the key and tempo with the click of a mouse.

Most successful musicians will tell you that the best way to improve your playing is to hear it back. As they say, the mirror don’t lie. All too true!

It can be nearly sickening to relive your less-than-stellar moments, like sustaining a high Db over a lush Cmaj9 chord in an example of passing-tones gone terribly awry. But listening back to yourself teaches you cause and effect on a pre-conscious level you would never reach without it.

It doesn’t take a big stretch of the imagination to figure out how a computer can help here. With terabytes of storage costing less and less every day, there’s no need to feel bad about hitting record and letting it run for hours while you practice. Remember: no one but you ever needs to hear it. So don’t go back and fix things for the sake of perfection. The idea is to capture a candid moment in time and listen back objectively. That way you can identify issues and make a note to work on them during your next practice session. This is nearly impossible to do while you’re playing the instrument.

Technology is a learning tool

Don’t be afraid to experiment. Sure, million-dollar studios use computers during high pressure situations to catch superstar musicians in top form. But that’s not the only thing they’re good for. In the privacy of your practice space you have the freedom to use these tools to make yourself better and better at your instrument.

Get into the habit of using a computer as a practice tool and soon you’ll find its second nature, as easy as turning on a metronome. And most of all, keep your frustration in check. Repetition is the key and the sooner you internalize new techniques, the sooner you can forget them and just concentrate on making great music.