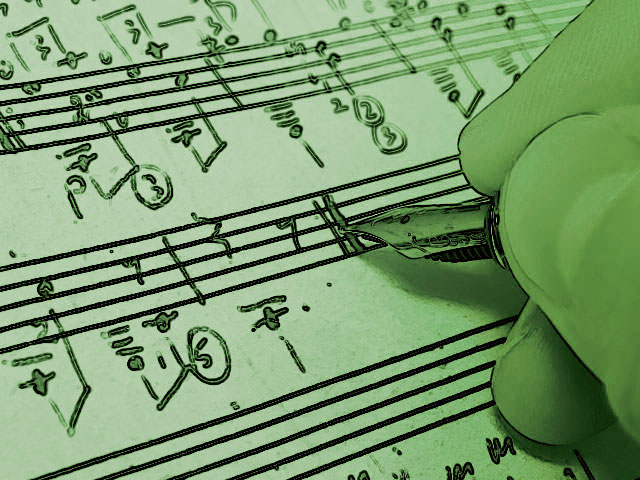 Part 3 of the series explores the poetry and excitement of a song.

The New Princeton Handbook of Poetic Terms defines a song as:

“A term used broadly to refer to verbal utterance that is musically expressive of emotion; hence more narrowly, the combined effect of music and poetry or, by extension any poem that is suitable for combination with music or is expressive in ways that might be construed as musical; also occasionally used to designate a strictly musical composition without text, deemed ‘poetic’ in its expressivity or featuring markedly 'vocal' melodic writing for instruments.”

In another passage from the book:

“Musical meter is aligned with poetic meter, lines of verse are of uniform length and set to musical phrases of the same length (words are not extended or repeated by musical means), and the strophic repetition of the poem is rendered through repetition of music (as in traditional hymn singing).”

The passage goes on to say, “Music has traditionally been associated with magic and, of course, with religious experience...and it has throughout known history been thought of as the language of love. The fusion, therefore, of music and poetry in song has been thought to bring about the most perfect communication possible, combining the ineffable expressivity of music with the rational capabilities of words (Brogan 1994).”

Lyric is one of the three general categories of poetic literature, including narrative (epic) and dramatic.

“However useful definitions of the lyric may be, they cannot indicate the great flexibility of technique and range of subjects which have helped this category to comprise the preponderance of poetic literature...the lyric is as old as recorded literature, and its history is that of human experience at its most animated.”

On following pages, “Thus, from its primordial form, the song as embodiment of emotion, the lyric has been expanded and altered through the centuries until it has become one of the chief literary instruments which focus and evaluate the human condition (Brogan 1994).”

Rap songs speak to this literary history that has defined what a song is through the ages. Rap is certainly poetic, highly expressive and most certainly emotional. Rap songs most definitely “evaluate the human condition.” But Rap songs are not Country songs, and Country songs are not East Indian Bhangra songs. They all have many things in common. But it is their differences that really define what a song is.

A song is an adventure.

A song is born, sometimes gentle as the whisper of a butterfly, other times as big as a cataclysmic cosmic event. It starts with a sound, a riff or a lyric phrase and from there heads out to destinations unknown. Some songs bite the dust, becoming the soil where the seeds of new songs are planted. Others become permanent stars in the musical universe.

As the saga unfolds, there's a lot of characters and obstacles along the way. Producers, engineers, musicians, managers, A&R reps, critics, politics and ultimately the audience—all play a role in determining the roads traveled. There are rip-offs, burns and bad deals. A licensing or publishing company gets sold. An A&R rep gets fired. A contract gets broken. Creative choices have to be made. Bands fight. Technology changes.

Success of a song—its popularity—could be because of something magically inherent in a melody or the result of clever marketing. A major artist or band might introduce a new song and generate strong initial sales, but that doesn't mean the song will continue the quest of popularity. An unknown songwriter, tickling the charts for the first time, can unleash a song that so resonates with an audience, it sends both the songwriter and song into superstardom.

Some writers write a thousand songs and never have a hit. Others come up with a fluke, make millions, and never write another song again. Some writers quit. Others become legends.

Songwriting is a boat ride up a river through a jungle, a trek across a frozen mountain, a thrust into darkness, a trip to paradise, or a practical business deal. Whatever the metaphor, songwriting is most definitely an unforgettable adventure.