Gear Bassics: My Circle of Simplification 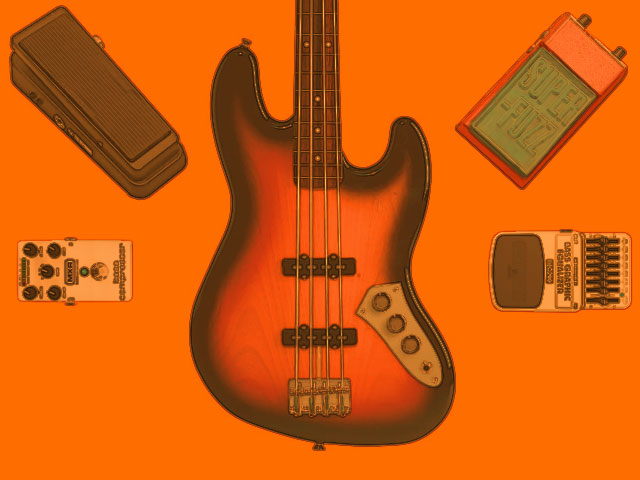 Bassist Justin Poroszok explores the concept of KISS (Keep It Simple, Stupid) as it applies to playing bass live and in the studio.

“Nature is pleased with simplicity. And nature is no dummy”
― Isaac Newton

I’ve spent a good portion of my professional life involved in the arts: on stage, in front of the stage, off stage, backstage, above the stage, and even, on occasion, under the stage. I’ve had the chance to work for some truly amazing artists and I’ve tried to learn as much as I can from every situation and apply that to my own career as a bassist. In looking at how my routine has evolved I’ve noticed a pattern, and as much as I’d like to blow your mind with a shiny new nugget of wisdom, the reality is as old and cliched as it is true: keep it simple...or at least as simple as you can.

The devil, of course, is in the details, and in order to get to a point of simplicity with which I’m satisfied, I first need to go through a few twists and turns. Have a look at my process from start to finish and I think you’ll see what I mean:

At home my time with a bass falls into two categories: practicing and noodling. If I’m practicing I’m working on a part or refining a technique -- emphasis on working. This is pure woodshedding and it’s worth reiterating that there is no magical process by which you become a better player. If you do not have your hands on your instrument; if you are not focused on a goal, you are not improving. Don’t kid yourself. You may have a great idea in the checkout line at the supermarket. You may see a really inspiring show or read an article that changes your perspective, but until you sit down and translate that through actual practice with your instrument, you’re not going to get any better.

The other half of my time at home is spent noodling. This is where I’ll do the majority of my experimenting. I might have an idea for a tone in my head that I then try to bring to life, or I may just plug in a bunch of stuff, start twiddling knobs and see what happens. How does my fretless bass sound with a little delay and a touch of reverb? (Answer: gorgeous) Experimenting often leads to my playing just for the sheer joy of listening to the sounds I’m making.

Now that I’ve learned the song and come up with a few ideas for how I might like my bass to sound, it’s time to see if those tones work and plays well with others. Because everything is contextual, and what sounds brilliant at home can fall flat once it’s put into a mix. 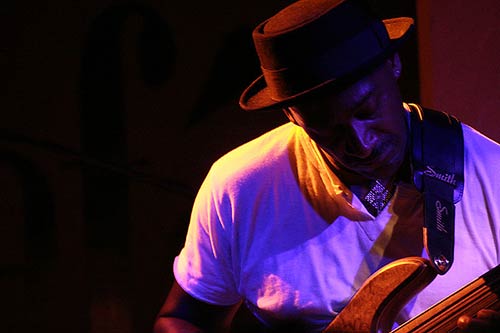 That "Marcus Sound" courtesy of Marcus Miller. Boost the bass and treble, cut the mids and you're there.

For instance, when I was first learning the bass I was really inspired by the slap-and-pop technique, and we all know that the first step to getting that Marcus sound is to boost the bass and treble and cut the mids. Now, if you take that tone and drop it into the mix in your garage band with guitar and drums you get...nothing! Drums take up an awful lot of sonic space in both the low and high end - space that can mask your lows and eat your highs. To be fair, my guitarist friend had it even worse. Distort the signal and then scoop the mids? What we lacked in experience we tried to make up for with volume, much to the dismay of my drummer’s mother. Years later I’ve learned that if you play with other people (and if you don’t, you’re not out of the woods yet), you often need to adjust your sound to compensate accordingly. So this is when I bring all the gear I’ve been using to come up with my clever new sounds down to the rehearsal space and try it out with the band. If it works, I keep it. If not, I pull everything out of my signal chain and start over.

Studio: Under the Microscope

I’ve read plenty of stories where a band will go off and rent a mansion into which they load a ton of equipment and recording gear and then spend a month trying things out until an album comes together. I can only say that I look forward to that level of success.

Back to reality. By this point I’ve refined things a bit, weeding out anything that hasn’t made it through beta testing in rehearsal. I’m always conscious of the fact that I’m on somebody else’s dime, so I want to be as efficient as I can. When it comes time to lay down the bass tracks, I’ll talk to the producer/engineer about the tone I’m going for, and I’ll do a practice with the drum tracks. And then unless I’m using something touch sensitive, like an envelope filter, I’ll bypass my effects and focus on getting a solid take that locks with the drums. With digital recording as flexible as it is, we can always add effects later, but I can’t strip them out of a track I’ve already recorded. Again, with unlimited time and budget we could haul in a ton of vintage gear and spend however long we needed getting ‘my sound’ on tape, but I’m not there yet. I’ve also noticed that most producers/engineers I’ve worked with seem to have a ton of cool gear lying around, so if we do suddenly decide we absolutely must have an EnvelOverdriVerberator on the ballad, there’s likely to be one around.

If the transition from rehearsal to studio was a process of refinement, then the progression to live performance is a distillation into the bare essence of what I need. Or, as Fieldy from Korn said in an interview with Bass Player magazine: “Live, I just like my bass to match my outfit.” 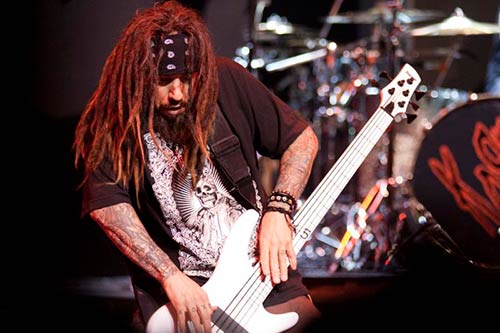 Fieldy (Korn) puts it best: “Live, I just like my bass to match my outfit.”

It’s less ridiculous than it sounds. We do play like we practice, and I’d love to have my live setup match my rehearsal setup, but for where I am in my career, that’s just not always possible or, for that matter, advisable. If I want to put my best foot forward, I need to take a step back and look at the big picture. I have to adjust for the acoustics of the venue, the amount of time I have to set up and soundcheck, the amount of space on stage, use of PA (and whether or not there’s someone to run it), and the presence of an audience. From a gear perspective, everything I add between my bass and my amp turns into a potential hazard. Batteries go dead, cables wear out, power supplies generate hum, and on a personal note, I have been known to occasionally trip over my own cable runs and pedal boards.

Speaking of pedals, unless there’s a song that absolutely demands a specific, very overt effect, I’ll leave them at home. Chances are good that no one’s going to miss that subtle chorus I use on the ballad. If the gig calls for a bunch of pedals, like some of the noise/jazz/electronica projects I’ve worked on, I really like to have a bypass pedal - one that lets me put all the other effects into a single loop that I can pull completely out of my signal chain if anything goes pear-shaped.

Whatever stripped-down iteration of my setup I end up using, it’s important to remember that unless I have to cover the room myself, I’ll be running an output to the PA, and sound engineers like nothing more than a consistent signal. If I’m constantly adjusting the tone controls on my bass or my amp, or stomping on effects, I’m making life more difficult for whoever is manning the faders. I try to get as close as I can to ‘my’ sound given the acoustics in the room and what gear I have/haven’t decided to use...and then not touch a @#$% thing for the rest of the night.

Remember, the sound guy is there to make the whole band sound good, not just me. Bass is certainly an important component of the overall mix, and I am wicked sexy, but most audience members are still more likely to focus on the vocals, so that’s where I want the sound guy to focus his attention.

It’s a process that is still evolving for me, and the balance shifts depending on the type of gig. Overall though, I’ve found that the more I can simplify, then the more of a solid foundation I can provide, and really, that’s what bass is all about.

Justin Poroszok is a bassist and writer based in Richmond, VA. When not performing and recording he is single-handedly trying to copyedit the Internet.