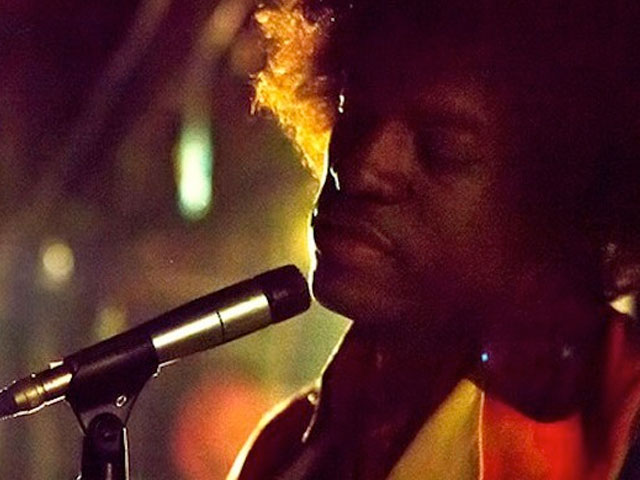 The movie covers one year in the man's life, stars the guy who gave the world "Hey Ya", and you have to go to Canada to see it.

With that out of the way, we can safely say that we're wondering—not having actually seen this movie yet—whether we can get over the fact that we can't see André Benjamin's face without hearing the words "shake it like a polaroid picture" over and over and over and over again. Yes, this is the man who brought us Hey Ya and we're kinda pissed about.

Here's the other thing that make us wonder about this movie: it doesn't contain any of Jimi's music. The reason for this is unclear, other than to say that Hendrix's estate, Experience Hendrix, wants to be "involved" from the get-go in any Hendrix movie. And since many have tried and all have failed, it seems entirely possible that the estate folks, lead by Jimi's sister, Janie, could very well be notoriously unreasonable.

To skirt the issue—assuming it's possible to get around the fact that a biopic about a musician has none of the musician's music in it—writer and director John Ridley (Three Kings, Undercover Brother) went instead for some of Hendrix's favorite covers including Sgt. Pepper's Lonely Hearts Club Band and Hound Dog.

The proof will be in the pudding. Let us know what you think once you've seen it, will ya?