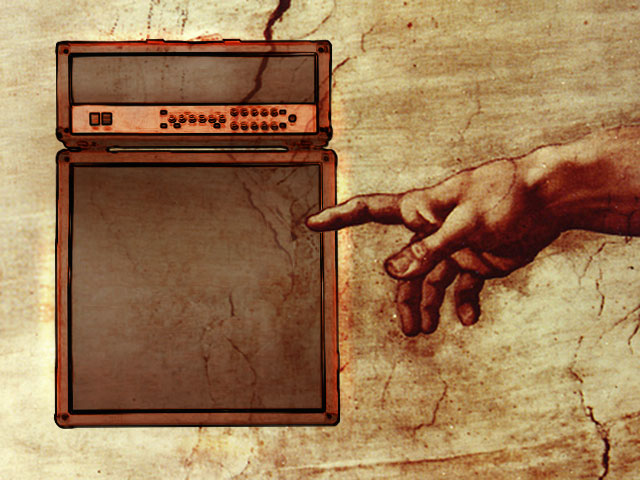 Great artists find inspiration in the most amazing places. And sometimes it’s as simple as that elusive killer tone you just discovered.

When it comes to the intersection of tone and inspiration, my mind always goes back to Pat Metheny. Pat is, IMHO, one of the greatest guitar players of all time. He also happens to have amazing tone.

I only met him once but it was an enlightening experience. In that short conversation, he explained to me his on-stage sound which, aside from explaining a lot of things about his playing, also inspired me to rethink my theories about tone.

Pat doesn’t step onto that stage until there is an array of monitors set up for him, very carefully calibrated by his touring guitar tech with a sort of reverb/delay system that travels across multiple monitors giving him the most amazing aural feedback you’ve probably never heard.

The result is a consistently lush, expansive and undeniably inspirational on-stage sound that must make it feel as though every note he plays was meant to be. And, let’s be honest: with a sound like that, how could you not rise to the occasion?

What have we learned here?

After that conversation I never took the issue of my own sound lightly again. It’s easy to fall into that trap of thinking, “as long as the audience is hearing something fairly good, I can deal with this crappy sound on stage.”

Fuck a bunch of that.

It’s important. So totally important that I have now resolved to do whatever it takes to get myself the exact tone I want to hear in every situation. Whether you’re alone writing a song at home or in front of 10,000 people in a stadium, your personal sound will have a huge effect on the performance you create in the moment. So take some time and really figure out what you want and how to make it happen.

Make sure you have the right gear for each situation. Invest in a set of in-ear monitors if you need to. Or bring along an effect (ie. reverb, delay, etc) for the sole purpose of making your tone better, even if it’s just in your monitors and not through the house PA system.

Remember that the audience came to be inspired. And there’s no way to do that unless you’re inspired yourself. It’s simple enough to make it happen and it might just be the best way to give them a performance they’ll never forget.