Improve Your Live Performance By Knowing What Makes It Great 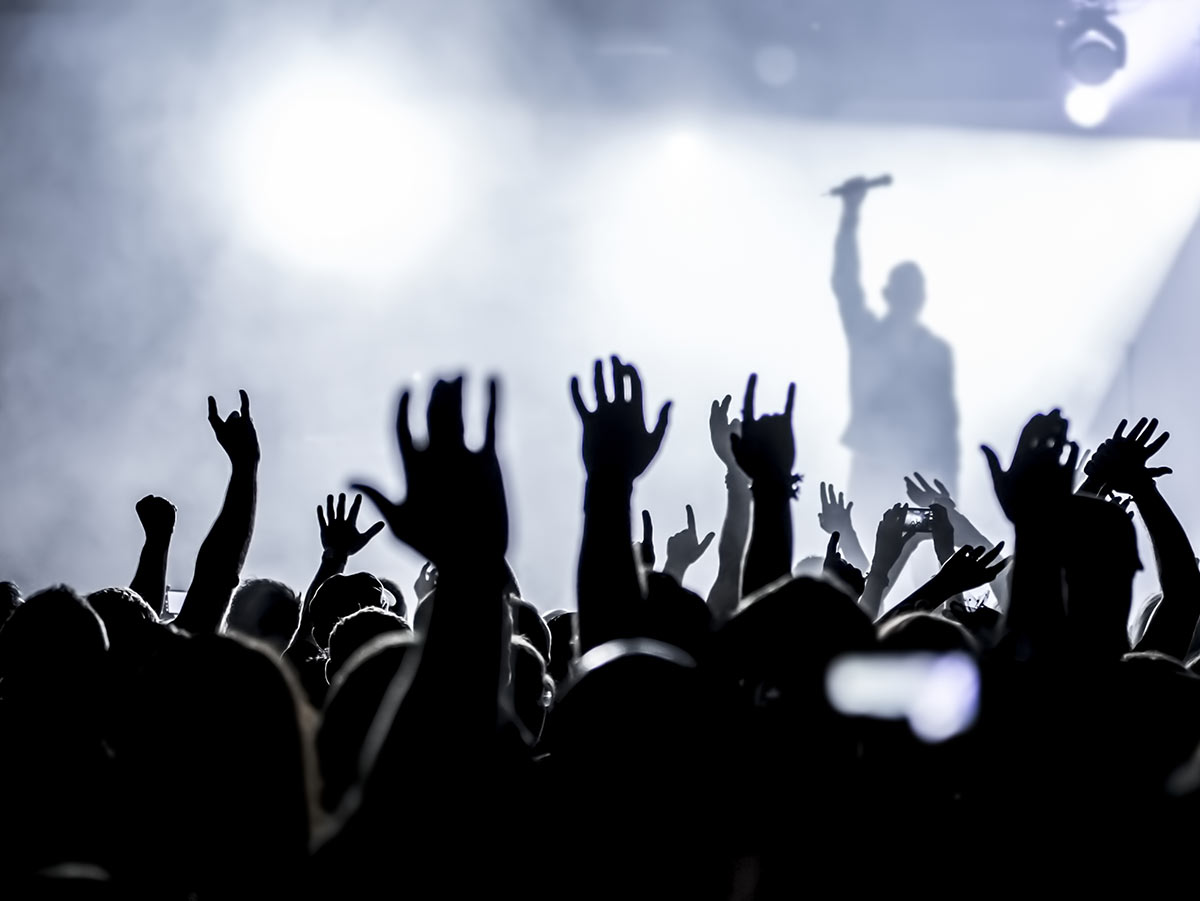 You know a great performance when you see it, but what makes it great is never just one thing.

Onlookers often know instinctively when they are witnesses to a great live show. They may not be cognizant of the various elements that are coming together to create that unforgettable concert experience, but they can "feel it".

The truth of the matter is that the majority of the best performances are planned out to the very last detail. This is a well-kept industry secret that many independent musicians either try to deny or aren't even aware of.

If musicians would observe their favorite performances through a different lens, carefully noting when a guitarist takes a rock stance or a singer ventures out into the crowd, they would begin to realize that a great live performance is actually a calculated event.

Of course, there are other factors to consider. Let's take a look at a few significant areas that can have an impact on the quality of a performance.

Getting the music right. Or not.

Naturally, how well an artist or band plays their music onstage will factor into how great a live performance is.

However, unless a band is in the habit of recording live-off-the-floor in the studio, their performance is bound to sound considerably different onstage. This is actually an opportunity in the right hands.

A musician doesn't necessarily have to play the music perfectly onstage for the concert to be memorable. This is where most developing musicians tend to put all of their attention. They have a tendency to think that the perfect technical execution of their parts will rouse their fans, so they put all of their time towards the craft.

But like I was saying earlier, live performance provides new opportunities. This is the best time to break out the extended intros and solos, call-and-response sections, banter, special guest appearances, medleys, covers, and other unexpected surprises.

“Music, in performance, is a type of sculpture. The air in the performance is sculpted into something."
-Frank Zappa 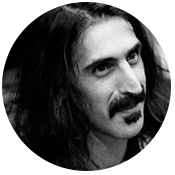 I went to see Marianas Trench this summer, and they invited Steve Marshall onstage for "Push". There weren't too many other surprises throughout (Josh played keys for one song), but there was enough to keep things interesting.

Playing all of your songs note-for-note may be received well by the average fan, but could prove boring to anyone who's seen your show before. Don't disappoint fans by completely rearranging all of your songs, but don't bore them to death by playing everything exactly as it was recorded on your album either.

Appealing to all the senses.

It's easy to forget that live performance adds new layers to the musical experience. While listening to an album is mostly an auditory experience by nature, fans have the chance to see, feel, touch, smell, taste, and hear at a concert.

You've probably heard the expression, "a bombardment of senses" before. That's quite literally what is supposed to happen at a live show.

And yet, what do most bands do? Stand onstage and play their songs. You still have the chance to connect with the fans who know your songs well, but you aren't necessarily going to make new converts by the quality or style of your music alone.

If all you do is play and sing well, you're living in 2D.

Playing onstage is fun. Many artists feel that planning their stage moves would suck all of the joy and spontaneity out of the moment. However, it is quite the opposite. When you have a default set of moves to fall back on, there are always moments that you can milk and take advantage of to amp up the excitement.

From what you wear to how you move, it's all supposed to be a part of the experience. If all you do is play and sing well, you're living in 2D. It's time to upgrade your show to 3D and take advantage of all available dimensions.

Many artists already have the creative side down. They would do well to think about and plan how one song will look different from the other. If every song carries a different meaning than another, then it stands to reason that it shouldn't look or feel the same either, even if that is a little harder to define.

From stage props to lights and pyrotechnics, there are a variety of things that can really make a performance remarkable. To a degree, these visual elements are optional, because you don't need them to have a great show, but they can serve to unify a crowd, give a sense of connection, and intensify the experience.

Even independent bands could obtain stage materials and devices fairly inexpensively if they were determined to. This isn't to say that you should go and do something completely incongruent (i.e. a Christian band with blowup dolls as a stage prop). However, from banners to flashlights to homemade crafts, your main limitation is your imagination.

Even obscure and underappreciated bands like Daniel Amos used masks, TV sets and overhead projectors for their shows in the 80s. That's roughly three decades ago, and it's more than many bands (with a small budget) do today.

Again, you need to figure out what works for you. Some visual elements can really add to a show, while others can be distracting and intrusive. Visual elements are not a must-have, but they can be a value-add.

Studio recordings can feel a little "cold" or "distant". This is because artists have to focus on playing on time and getting performances to sound as good as they possibly can. It's an arena where a technical focus is actually valuable and even needed.

This is not to say that musicians shouldn't infuse their studio recordings with passion where they can, but it can be a little more restrictive. Live performance is where artists have more opportunities to let loose.

Passion is a bit of an intangible, but think of it this way: what's happening internally always has a way of manifesting externally. If an artist shows conviction in their music, it shows in their eyes, their body language, their intensity, and so on.

If you can find footage of Prince performing "Purple Rain" in the 80s, I would encourage you to take a look. There is no question that he is fiery when he performs this song. You may not like the music, and you may not understand how someone could get so fired up about a ballad, but there's no denying that Prince's conviction for this song runs deep. 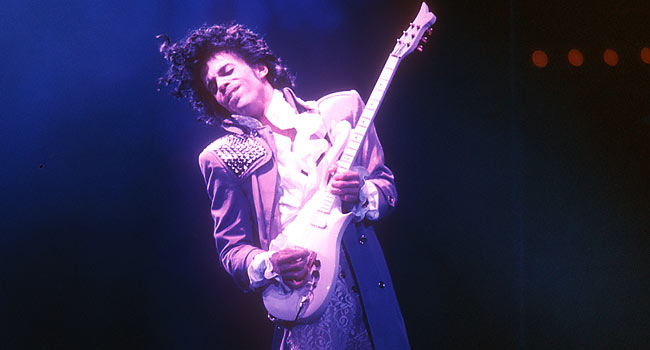 All musicians can learn a thing or two from Prince's steadfast dedication to his craft.

If an artist isn't moving onstage, not only is it visually boring, it can be indicative of a lack of enthusiasm for who he is and what he's doing. A great performance will be undeniably marked by passion. Some artists sing a song like their career depends on it. Learn from them.

Make sure to see things from the perspective of your fans, and not just your own vantage point.

When it comes right down to it, there are so many different ways to create a great concert experience. Make sure to see things from the perspective of your fans, and not just your own vantage point. Film yourself if you have to, and study your performance. It might be a little painful to watch at first, but what you learn from it will be hugely valuable.

What are some of the best performances you've ever seen? What was it about those shows that made them so memorable? Make sure to leave your thoughts in the comments section below. I'd be happy to answer any questions you may have.

Photo of Frank Zappa by Jean-Luc [CC BY 2.0], via Wikimedia Commons.

David Andrew Wiebe is the founder of The Music Entrepreneur, a website that helps musicians claim their untapped business potential. His upcoming eBook, The New Music Industry: Adapting To - And Thriving In - The Information Age, is slated for a fall 2014 release.