Musicians: What You Wear Matters 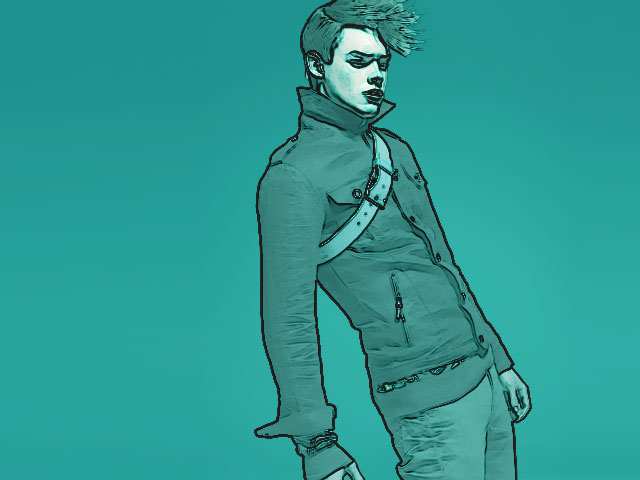 How you look makes just as big an impact as how you sound. If you’re going to go through the trouble of being the best player, take a moment to look the part.

I know many of you think that people should only care that you can play your instrument well, but that's just not the case. Your appearance is part of the show. The audience has to stare at you for 60 minutes so make it worth their while. What you wear tells a story about your personality and your band. Be thoughtful.

Rock stars do it.

This message is obviously not news to all of you. Front women (and men) have been carefully tailoring their look for years. The Jock is out and the Metro/Indie guy is in, so it’s actually cool for straight guys to dress. (A short survey of the evolution of the male lead in teen movies from the 90s to now should easily evidence this point.) But for those of you still showing up on stage in whatever you just happened to be wearing that day, sit up and take note.

I’m not saying everyone on stage should be a model, I’m saying everyone should craft the image they’re presenting. You are performing in live 3D living color, so how you look is part of the show. (Unless it’s for a radio show, in which case, don’t give a crap. Or wait, someone with a smartphone will post a Vine, so…) Pay attention to your outfit as well as your instrument. Or, at least let one of your band mates or a style-minded friend do it for you.

It doesn’t have to look contrived.

You’re not the Beatles, so no need to show up on stage in matching suits (unless that’s your intended look). But a modicum of consultation among the group would not go amiss; if there is some level of coherence to each member’s look, it can subtly elevate the response of your audience. Suddenly, you’re not just four dudes who rolled out of bed, threw on whatever moldy t-shirt was crumpled on the floor, and shambled on stage. You’re a Band.

This advice also goes for freelance musicians. Just because you’re only gonna play with this band once is no excuse for looking sloppy or out of place. When you haven’t rehearsed constantly with a group, you have all the more reason to do everything possible to click with them. Make the meager effort of google image searching the group to check out their look, or—gasp—ask someone.

Play to your strengths.

In a band, use your outfit to individualize as well as unify. Even in groups that aren’t a manufactured boy band or K-pop group, there’s usually a “bad boy,” “tomboy” or “boy toy.” (Ok, maybe that last one was wishful thinking.) Anyway, play to your strengths. Find some sort of unifying factor, like an accent color or a silhouette, then exaggerate your individual personalities to differentiate each member for the audience.

Everyone has a style, whether they realize it or not. You’re a performer, so get a costume. Shameless self-promotion should be part of every artist’s bag of tricks. Don’t let any opportunity to express your story to the world pass you by.

Get a clue. Or get a stylist.

When she's not busy reading blogs like jezebel and finding logic flaws in her favorite TV shows, Cora likes to make, wear and look at pretty stuff.