The All Powerful Gear Fetish 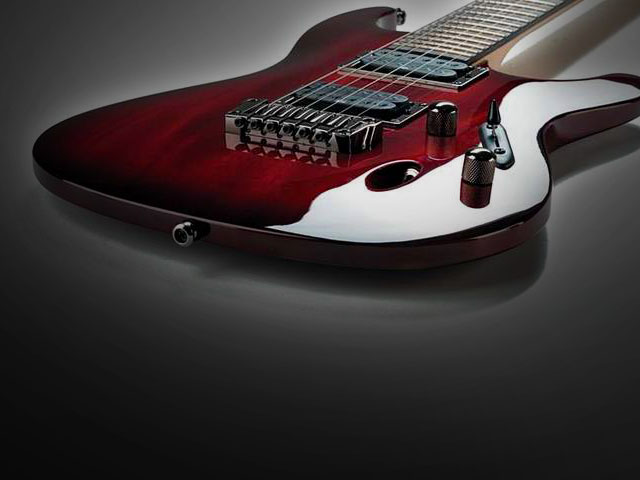 Instruments aren't just about making music. They're also beautiful works of art, technological advancements and toys designed to be desired and coveted.

When we were kids, my friend Keith and I used to hang out at a music store near his house called George's Music. It was your standard fare, the walls lined with guitars, disgruntled musicians behind the counter wearing ties and feeling holier-than-thou, lessons in the back room. It was our Mecca, our candy store, our cheap thrill.

Keith always liked music. And since I liked everything that Keith liked, I liked music too. His picking up the guitar—and convincing me to pick up bass—was what ultimately led to my spending many years studying music, touring the world and haunting studios in the wee hours of the morning. But the love of music gear is not as related to the love of music as you might think.

For us, it went far beyond a simple tool of the trade. What we felt was pure lust for the shiny objects that adorned the display case at George's. The Ibanez Saber, a guitar that looked way better than it sounded; that classic, orange distortion pedal from Boss; and the sublimely unreachable Paul Reed Smith whose two thousand dollar price tag may as well have been two million.

The 2012 Paul Reed Smith Signature Limited. You know you want one.

When we had outstayed our welcome at George's, unceremoniously ejected from the show room as perennial tire-kickers—and for practicing our beginner version of Stairway To Heaven without invitation—we would retreat to our stash of gear-porn: the music store catalogs. This was way back when, before websites and eCommerce. These monthly publications would arrive to 3 million eager recipients who would then spend the next few hours pouring over each new addition, mentally calculating their total spend, and which life essentials could be jettisoned to enable it.

I'm not a psychologist.

... but if I was, I would specialize in the pursuit of discovering why we desire new toys so intensely. My iPhone is brand new and I recall like it was yesterday, ripping the box open like a kid on Christmas morning when it arrived. But every time I read a blog post about a new phone, I'm ready to replace mine at the drop of a hat. This knowing full well that the heroin-like high of my new acquisition will wear off the second I catch wind of the next best thing.

...it could be mere entertainment—the thrill of the hunt, if you will.

It's like this for cars, for guitars, for clothes and for computers—for everyone no matter what they tell you. And the effect is always the same: the joy of ownership consistently pales in comparison to the relentless pursuit of novelty.

Is it human nature? Is there something inside us that demands this drug? Perhaps it's the same inclination to better ourselves, move up the ladder of success, build a better mousetrap. Maybe this is the price we pay for being a progressive species focused, by and large, on forward motion and change in the name of transcendence.

Of course, it could be mere entertainment—the thrill of the hunt, if you will. The game of hypothesizing the ultimate acquisition followed by a scientific experiment of trial and error, the uncovering of empirical data from Consumer Reports, user reviews and the fondling of one's obsession in the showroom, like Keith and I all those years ago at George's Music.

I don't have the answers and I'm not in pursuit of the cure. I'm too busy living the disease in the most entertaining way. And as always, I invite your thoughts on the subject. Feel free to share the details of your deepest darkest gear fetish. You're in good company.