The Rise And Fall And Rise Of David Bowie 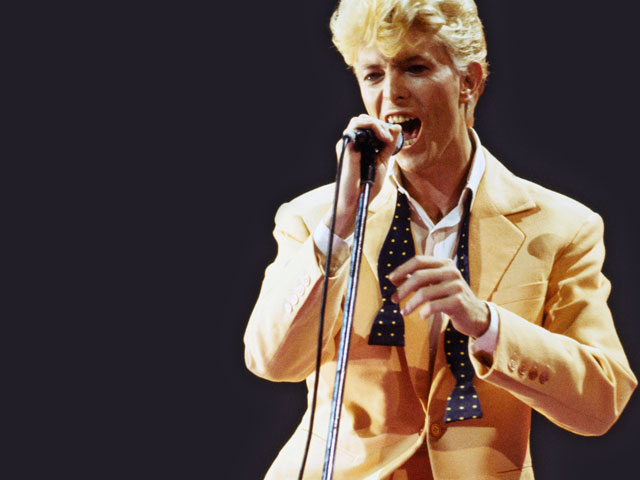 Turns out he really did know when to go out, when to stay in, get things done. The A.V. Club talks about Ziggy's roller coaster career. And rightly so.

David Bowie. Just say the name out loud and any ten people will conjure ten different images of rock's most prolific on-again/off-again androginite. There's the hair gel and spandex Bowie, and the one in a suit with slick blonde hair. There's the Bowie with a giant bulge in his pants from Labyrinth, and the appearance of plastic Bowie in the Pepsi commercial he did with Tina Turner even though we told him not to.

It matters not at all which image pops into your particular brain. The point is, you have one. And that will lend a certain depth to your reading of Sean O'Neal's masterly crafted journey through David Bowie's successful yet terrifyingly odd career.

The linchpin of O'Neal's Bowie-pothesis has something to do with Let's Dance, an album that enjoyed so much success it ruined his career (Bowie's, not O'Neal's). It was just too damn catchy. And that made Bowie complacent, vanilla and a shill for sugar-flavored water (the choice of a new generation, or so they said).

As you might expect, the author says it way better: "With the same benefit of years of hindsight, he now safely blames Let’s Dance as an artistic nadir, the weight of the expectation to replicate its success and hang on to those new, far less discerning fans pushing him to quickly record the half-baked Tonight and Never Let Me Down, two albums he would later all but disown."

See? He writes good and stuff.