Take Control Of Your Live Sound With A Better DI 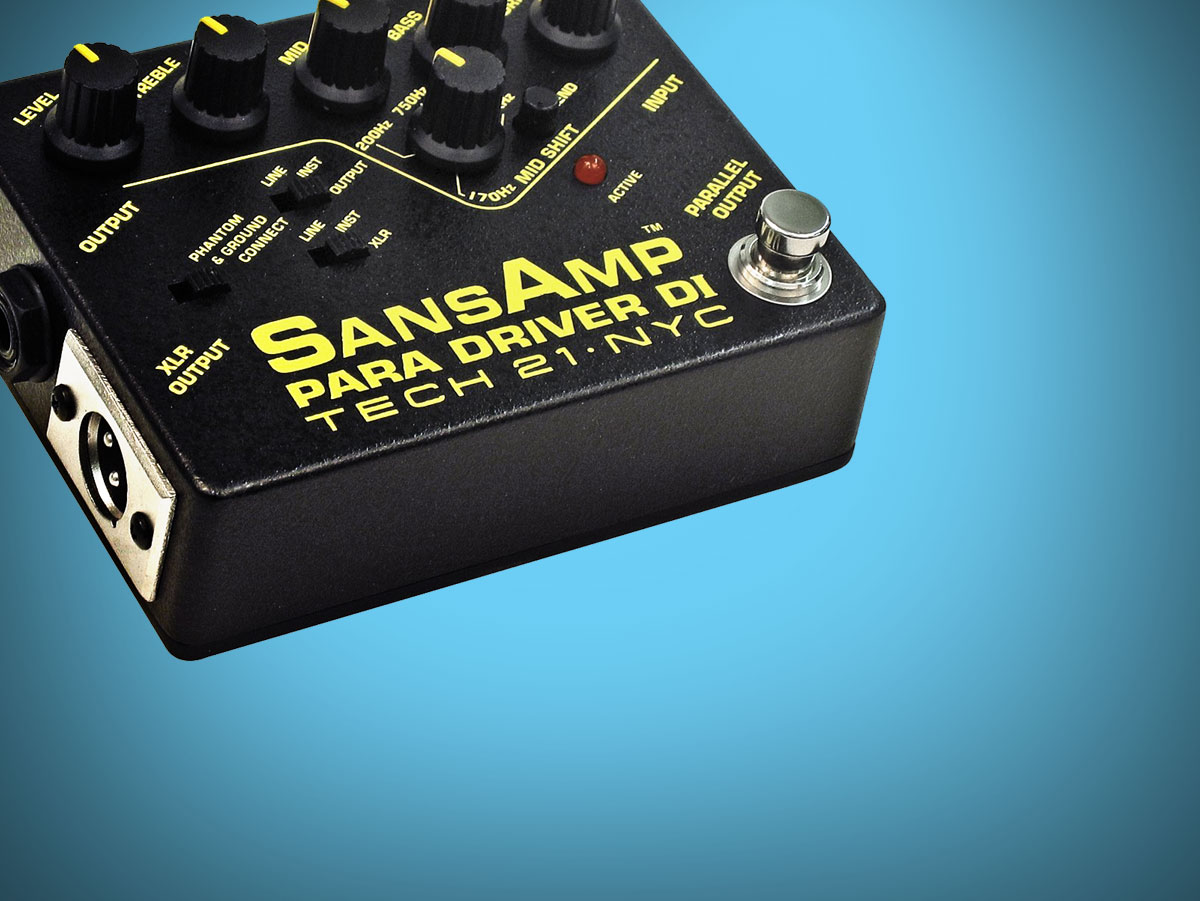 Attention all multi-instrumentalists: your pedal board called. It wants a DI with options, one that sounds way better than the piece of junk you picked up at that yard sale.

If you are a) an electric bassist and b) haven’t been living in a fallout shelter since 1989, then you've probably come into contact with Tech 21’s Bass Driver DI. The little black box with the bright yellow labeling has become a pedalboard staple for many players in search of tube girth without the worry.

It’s a lovely little device, and I've used it on many occasions, both live and in the studio.

But I don't own one.

Why? Because I prefer its lesser-known sibling, the Para Driver. Designed with a more instrument-agnostic approach, the Para Driver jettisons the BDDI’s Presence control and replaces it with a sweepable semi-parametric EQ.

Now sure, you could simply turn the Bass and Treble controls of the BDDI down and raise the overall level to create a mid hump, but you'd still be limited to a single frequency. With the Para Driver, you can sweep from 170 Hz to 3.5 kHz and boost or cut as needed, and that, for me, makes all the difference. 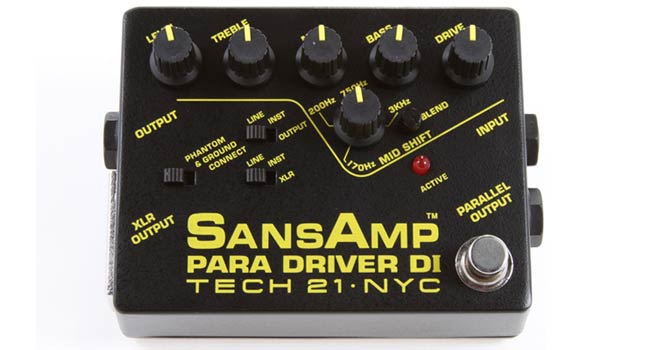 At it's core, the Para Driver is a really good DI with a bunch of great features added in. Find out why you need one in the first place.

What's a DI and why do you need one?

Depending on who you ask, DI stands for either Direct Input, Direct Injection or Direct Interface. It actually doesn't matter because most people just refer to it as a DI box, or just DI.

If you play an electric instrument (eg. guitar, bass, keyboards, etc), sooner or later the sound guy is going to walk up to the stage and hand you a DI. (They use them in studios too.)

What he (or she) expects you to do is plug your 1/4-inch instrument cable into the DI. At that point the sound guy will attach one end of an XLR cable to the box, and the other will plug into the mixing console—or a snake if the board is too far away from the stage.

The signal coming out of your acoustic guitar, for instance, is both high-impedance and unbalanced (don't you just hate that?). In order to get the sound from your guitar to the mixer—and ultimately to a set of really big speakers—the signal needs to be balanced and converted to low-impedance. Hence the DI. 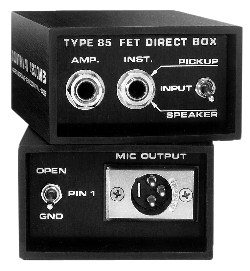 The problem with sending all those electrical signals all over the place is they a) degrade; and b) make noise. To solve the issue, smart people in white lab coats came up with the idea of a balanced signal which helps the sound of your guitar make it through a couple hundred feet of cables, past power sources and through all manner of other gear without disappearing and/or causing hum, buzzing, etc.

We’re all in agreement that a sweepable mid is a handy thing to have, yes? Particularly for fretless basses? Right, so there’s that, but used in tandem with the Drive control, the Para Driver’s sweepable mids also open up a greater range of gritty/overdriven tones that I find more useful than what I can do with the BDDI.

And should, say, the bouzouki start feeding back, I can swap the Para Driver into the signal chain and sweep the mids until I find the offending frequency. That appeals to me in an Alton Brown multi-tasker-good/single-tasker-bad kind of way.

Ultimately the BDDI and the PDDI (which I will henceforth refer to as the ‘P. Diddy’ when referring to my pedalboard) still share enough DNA to be brothers, but if you're a mid freak into mid freqs, give the Para Driver a go.

Justin Poroszok is a bassist and writer based in Richmond, VA. When not performing and recording he is single-handedly trying to copyedit the Internet.