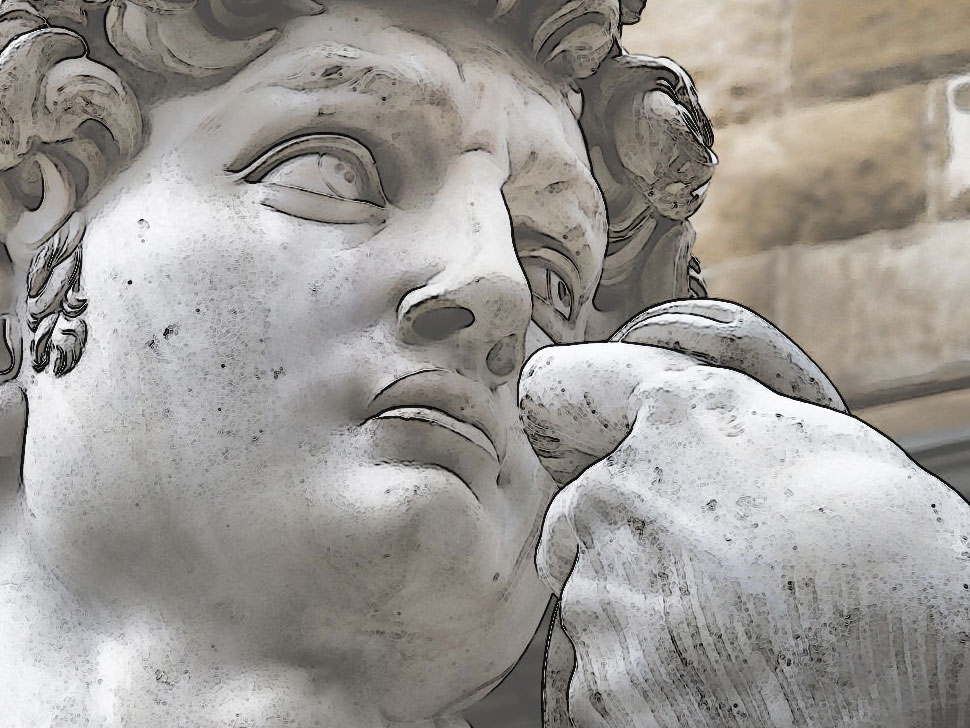 Making great music is about having the vision to see not what is, but what could be. History's greatest artists have all had the ability to create something amazing out of nothing at all.

Throughout my career I've had the opportunity to work with some truly amazing minds. And now, in hindsight, I can finally point to the characteristic that sets them apart from the masses: the ability to recognize potential. A simple song that becomes an anthem. The flicker of a notion that cures cancer. A man given a second chance.

Potential is the fleeting opportunity for greatness.

Recording my first solo album was an eye opening experience. To date I had simply been the bass player. I'd come in to the studio, listen to the track and out would come the bassline. But when I sat down with a collection of songs that had heretofore been arranged for and performed on a single, lowly acoustic guitar, the idea that my next task was to bring these tunes to their full potential was terrifying to say the least.

Now in the studio again to record my next project, I'm faced with the same challenge (though I'm better equipped this time). What I know so far is this: you have to dream the biggest dream you can possibly dream - and you have to do it wholly without fear.

It's harder than it sounds. Because, unless you're living in a bubble, you've got some negative stimuli in your life. And if you're not careful, it will find it's way under your skin and produce one hell of a No Can Do attitude. But, set yourself up in the right environment and you might just find an oasis of artistic grace in the desert of your tabula rasa.

Can you see it?

...you have to know it's there in the first place. And that's the real trick, isn't it.

Potential comes in many forms and it's often camouflaged, perhaps due to an evolutionary imperative to protect itself from those unworthy of its glory. There are precious few people who have the ability to recognize it. Let's face it, a diamond in the rough is ugly; it's jagged and cloudy and you'd hardly know it was worth anything at all. But the well trained eye sees potential. To the well trained eye, it's an engagement ring, a natural semiconductor or the crown jewel of a fairy tale kingdom.

The same can be said of a music producer. While the artist may be too close to the song—and the musician too involved in his parts—the producer has the ability to stand back with cool objectivity, see the core for what it really is, and imagine a way to make it shine.

But here's the thing: you have to know it's there in the first place. And that's the real trick, isn't it.

Like most great things in life, it's diabolically simple in concept, incredibly difficult in execution. In other words, it's easy to talk about transcendence in theory, but much harder keep yourself from dismissing a monumental book by its monumentally ugly cover. So you have to ask yourself: Do you have the character to look past a scaly exterior? Would you have the presence of mind to take Keith Richards' heroin-induced guitar riff and turn it into Satisfaction? Do you know a diamond in the rough when you see one?

I practice this particular instrument every day. It's like a brain teaser. I like to daydream about how we could turn a new technology into a world-changing solution. I want to create something in the tradition of the very genesis of life, lifting the mundane from a microscopic particle to a deus ex machina. Oh, they'll applaud that one. At least they do in my dreams.

And so I wander into the studio again, and remind myself that anything is possible; that there are no limits. And I listen to those songs and imagine all the things they could be, like a parent's vision of his newborn becoming president one day. And I pray to the gods of music that I'll not waste the opportunity to recognize the potential and be deprived of its beauty.