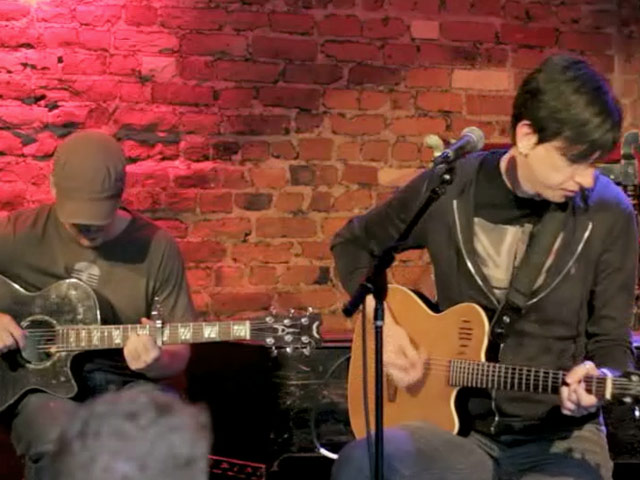 NYC-based singer/songwriter Kevin Jacoby says a new record is coming. To celebrate, here's an exclusive live performance of his new song, I Do.

Full disclosure: Aside from being part of New York City's army of independent musicians on a mission, Kevin Jacoby is also co-founder of our beloved Sessionville. This either means that we can't possibly say anything bad about him and his music, or that we can lambast him mercilessly without fear of a lawsuit. We're still trying to figure out which one is true.

In the meantime, it's important to know that Kevin is planning a new record to be released in 2014, full of the temperamental, if not deliciously melodic songs we know and love.

It's also worth noting that, rumor has it, this will be an EP. Funny thing those EPs. Technically it stands for Extended Play. But EPs are shorter than regular records. Is that an intentional effort to obfuscate the truth of the matter? Is it the North Koreans messing with our heads, some psychological warfare before the invasion? Maybe. Either way, Kevin's new record EP is going to be awesome. Even if he is a North Korean spy.

Now, please enjoy this video of Kevin and special guest, Jami McGraw, at Rockwood in NYC, playing a song from KJ's upcoming EP, called I Do.