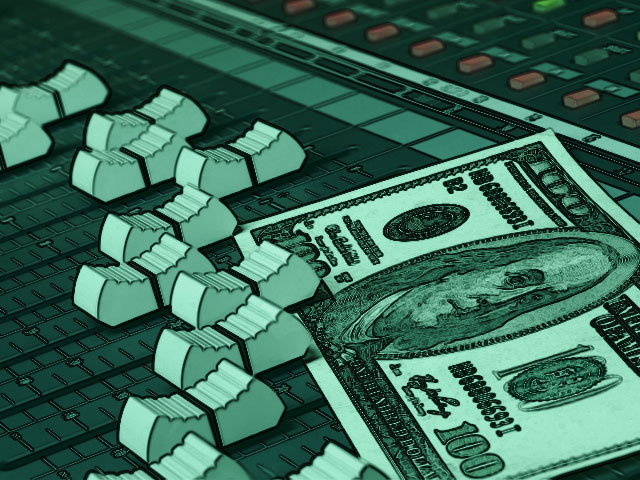 Music Office CEO, Greg Forest offers advise on music publishing and how to copyright your songs.

When you sell a song to a publisher, you are doing just that: selling the copyright to the publisher. This does not mean in any way you are selling the authorship of the song, just all the rights pertaining to it. Although you remain the author, the publisher owns the song and can do as he sees fit in exploiting the composition. The days of publishers "stealing" songs from songwriters are, happily, gone forever (for the most part). Artists are now protected by law in seeing that at least some portion of the money earned winds up in the writer's pocket. What you get over and above this statutory rate is up to your negotiating strength.

How Do I (And The Publisher) Get Paid?

There is really only one pie to cut up when it comes to royalty payments, but for some arcane reason, the industry sees a song's income as two complete parts: Publisher's royalties and Writer's royalties. The writer is paid his royalties directly from the licensing organization he or she is affiliated with (BMI, ASCAP, or SESAC). The amount of these royalties paid to the Writer are directly related to the amount of radio and television airplay the song receives, along with other measured public performances. The Publisher is also sent an equal amount from the licensing organization. The Publisher cannot share in the Writer's "performance royalties." Whether the Writer can share in the Publisher's share of performance and other royalties is decided again on the strength of the Writer's bargaining position. Some Writers may share none of the the Publisher's earnings in a song. More commonly, the Publisher will keep all his performance royalties but will split the remaining sources of income (mechanical fees, overseas licensing, exploitation for commercials, etc.) equally with the Writer. If you're a popular songwriter and have a steady source of royalty income, starting your own publishing company is an option. You are wasting your time and the licensing agency's time by trying to start a publishing company without any source of songwriting income. If you don't have a song on the air or selling lots of vinyl/cassettes/CDs, save your money.

How Do I Copyright A Song?

When you affix the copyright symbol (c) next to your name on piece of music or a recording, you have copyrighted it. It does not have to go through the Library of Congress to be protected, although this could be a good idea. When two parties fight in court over the authorship of a song, they are almost always litigating over WHEN a song was written. This is where the Library of Congress can be of greatest assistance.

For example, you hear a song on the radio by Suzi Dahling, a big star, and you're sure that the hook, or bridge and most of the melody are from a song you wrote ten years ago. Oddly enough, your old buddy Johnny Skunkhead, whom you haven't seen in about ten years, is now Suzi's producer and guitarist. You get to court and Johnny and Suzi produce a rough demo of them rehearsing the song two years ago, and a Library of Congress Copyright Registration Certificate dated a year ago. You whip out a self-released tape from ten years ago and your Library of Congress registration from a number of songs, this one included, that you sent in eight years ago. You would probably prevail, considering the fact that Johnny produced your tape too.

Do I Have To Write Music To Copyright A Song?

You do not have to copyright the song in musical notation. The Library of Congress now accepts home-made cassettes, but be sure that the lyrics and melody are clear and distinct. It never hurts to include a lyric sheet no matter what you are submitting.

When And What Licensing Organization Should I Join?

You should join a licensing organization when it appears someone is going to record your song; not before.  As with starting your own publishing company, the licensing organizations have better things to do than try and track a song that isn't getting airplay anywhere.  Think publishing only when there is a viable potential for income. There are different protocols to all the licensing organizations, and they use different formulas for computing royalties, so you should shop around.  Fortunately, you won't have to shop long, because there are only three.  Ask other songwrites which organization they belong to, and how they feel they are being treated.  Are they getting paid; does the organization help with career advice?  Remember too that your friends may not know anything much about the licensing organizations that they are not members of, so advice from them may be simply hearsay or conjecture.  This is a decision you will have to make on your own, and it will affect you for years to come.  If you join and decide later that you chose poorly, fear not:  the first year of  membership is generally considered a trial period, and you can usually switch over without too much trouble (unless of course you are cursed with success).    Look at it on the brighter side; in terms of Writer earnings, these organizations are all about on par with each other; licensing organizations can be viewed somewhat like apples versus oranges.

What Can I Do To Protect Myself From A Publisher On A Single Song Deal?

Obtain a reversion clause when dealing with a single song and Publisher new to you.  This will make all the rights to the song revert to you should the Publisher not place the song for  commercial exploitation (better get used to the word "exploit") within a certain time period.

Be flexible on the amount of time you give the Publisher to place the song.  After all, it probably took you a while to get the song to him; imagine how long it takes the Publisher to get the composition to Suzi Dahling's producer.  Anywhere between six months and two years is not uncommon.

Again, I would like to emphasize that unless your song catalog is producing income, don't bother to form a publishing company.  In the case of a new artist, if possible, assign your first few tunes to publishers with a reversion clause.  After you have attained a degree of commercial success, you may then and only then consider starting your own publishing company.

Keep in mind that chasing down the royalties due you worldwide is not an easy task, and you might be better off, even as a successful Writer, in retaining a Publisher with the infrastructure in place to pursue your royalties for you.  If you have attained commercial success, your bargaining position with an established Publisher will be all the more stronger, and the Publisher will probably be more flexible with a Writer that has a good track record.

Greg Forest is CEO of Music Office and has written several books on the music business including "The Music Business Contract Library", "Produce and Promote Your Music Video" and "The Complete Music Business Office."