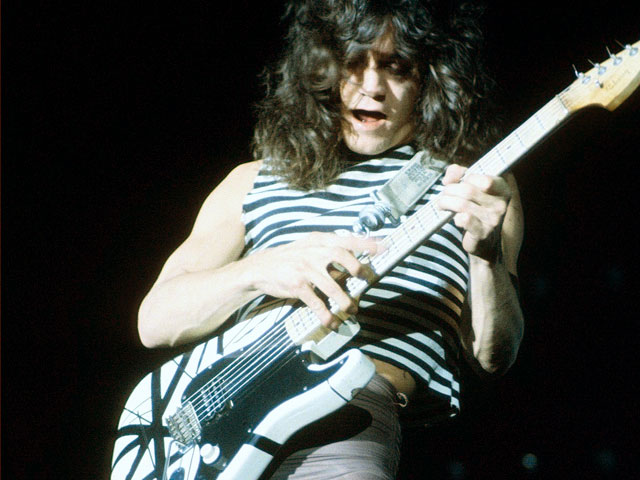 Nothing says organic American rock like two brothers from Holland, a $70 Teisco Del Ray and David Lee Roth in spandex.

This year marks the 35th anniversary of Eddie Van Halen's first interview in Guitar Player Magazine. Why is that important? Well, it's actually not. No one celebrates 35 year anniversaries. Not even people who have been married for 35 years.

But that doesn't change the fact that Eddie Van Halen is one of history's best, most famous and most influential guitarists. And that's got to count for something right? So when the good folks at Guitar Player ran out of current guitar players to talk about (somewhere around the time Jimi Hendrix died), they started digging up old interviews. In their defense, even after three and a half decades Eddie is still more interesting than the guitar player from One Direction. Oh wait, they don't actually play instruments.

Speaking of fame, writer Jas Obrecht recorded a little piece of EVH's wisdom on the topic: "I know a lot of people who really want to be famous or whatever, but they don't really practice the guitar. They think all you do is grow your hair long and look freaky and jump around, and they neglect the musical end. It is tough to learn music; it's like having to go to school to be a lawyer. But you have to enjoy it. If you don't enjoy it, forget it."

Damn. And here we were hoping we could just grow our hair long and jump around. Back to the drawing board.

Van Halen's virtuosic guitarist was also famous for constructing his own lightsaber, so to speak. After that Teisco Del Ray he picked up in the late 60's, it was nothing but home made axes from there on out. Eddie, looking down his nose at music stores full of bourgeois, off-the-shelf constructs ("I see so many people who have these space-age guitars with a lot of switches and equalizers and treble boosters-give me one knob, that's it. It's simple and it sounds cool."), felt the need to play an instrument that was singular.

And who can blame him? You certainly wouldn't want to trust something as banal as guitar building to an artisan luthier who dedicated his life to creating that perfect sound. Eddie's take: "Nobody taught me how to do guitar work: I learned by trial and error. I have messed up a lot of good guitars that way, but now I know what I'm doing, and I can do whatever I want to get them the way I want them. I hate store-bought, off-the-rack guitars. They don't do what I want them to do, which is kick ass and scream."

Now please excuse us while we go build our own airplane and fly to Napa. Nobody taught us how, but we just want to kick ass and scream.