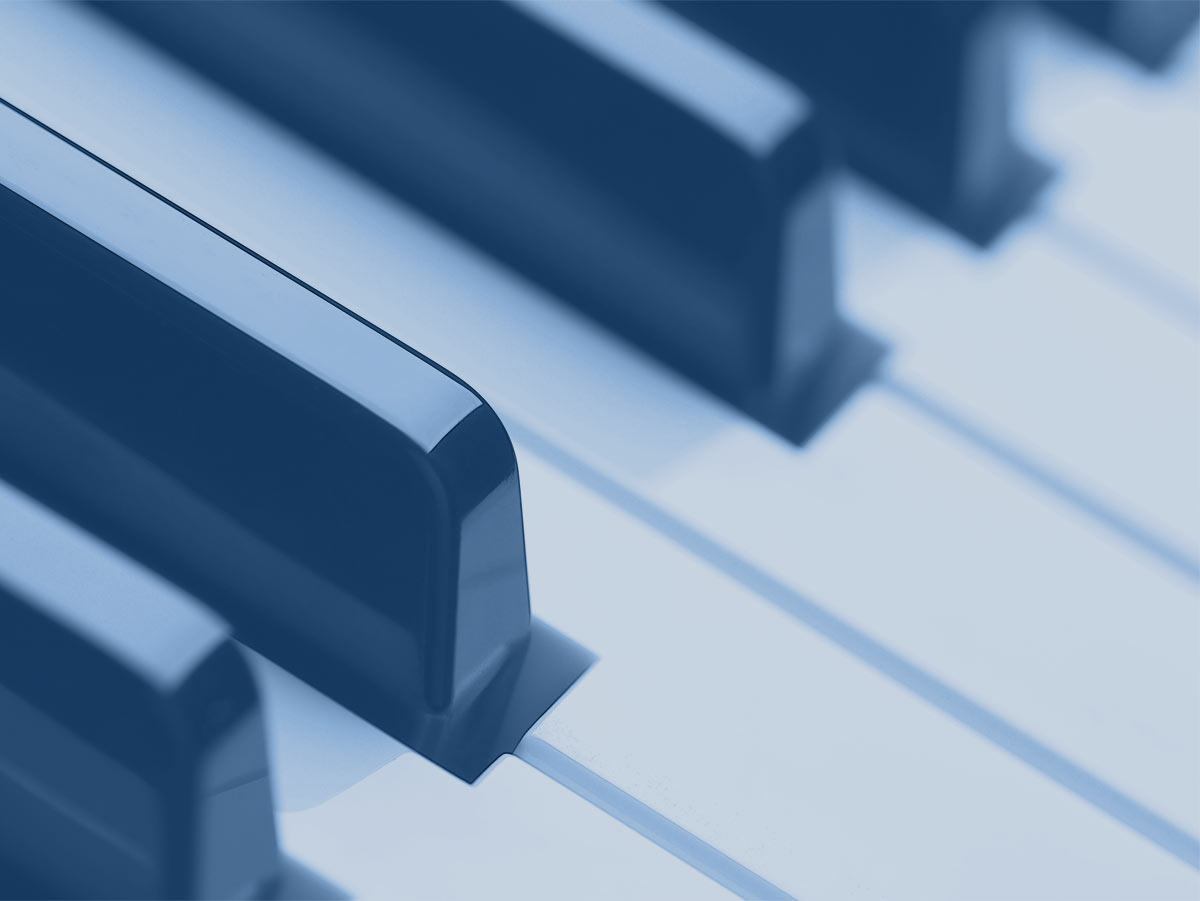 Whoever says keyboard can't groove hasn't heard the right people play it. Finding the pocket is a matter of timing, feel, and tons of practice.

The key to learning any piece of music is starting simple. You reduce a complex concept to its fundamental state and master it. Do it right and you'll have a solid foundation. From there, the sky's the limit. Keyboard player and educator Howie Gordon shows you how to do it right:

In the first part of his video lesson, Howie shows you a basic keyboard groove. With each new version he adds rhythmic and harmonic complexity to build an awesome groove you can transpose into any key.

This section will illustrate how to take a chord progression and make it groove. The following ten patterns are all built from the same chord progression. Rhythmically, it starts out very simple. In each new pattern, only one or two things are modified making the pattern progressively more complicated.

The chord progression is a simple one to start with. The right hand does not change until the 4th chord and then only the thumb has to move. The left hand moves/walks down in a descending, stepwise direction. This is an example of slash chord movement.

The chords are as follows:

The third chord could also be thought of as a Cm7. The fourth chord is called an augmented chord. It is just like a major triad except that the 5th of the chord is raised by a half step (sharp). It can be written as either B+ or B aug.

You must first determine the smallest subdivision of the groove. For example, the smallest rhythmic unit in pattern #1 is a quarter note. The next step in practicing these patterns is to practice the sticking. Sticking is a drumming term that refers to a pattern of lefts and rights. In this case, it is the pattern of lefts and rights that make up these exercises. Looking at the first pattern, it is a simple pattern of unison quarter notes for both hands. The sticking would look like this:

Using a metronome, practice the sticking to pattern #1 on any flat surface (a table, the piano lid, etc.). Once you are able to comfortably play the sticking, play the pattern as written.

Moving forward, the smallest subdivision for pattern #2 is eighth notes. The sticking for pattern # 2 looks like this:

Move through these exercises using the techniques listed above. You should always practice these with either a metronome or a drum loop (or both). There are purposely no dynamics, articulation, or pedal markings written on these exercises. As you play through them, you should experiment with different articulation (legato, staccato, accents, etc.), different pedaling, and different uses of dynamics (swells, imitate echoes, make one hand louder than the other, etc...). Remember, these exercises are just an approach to making chords groove. The music, ultimately, has to come from you. Try making up your own patterns. Try using different chords. Be creative and have fun! 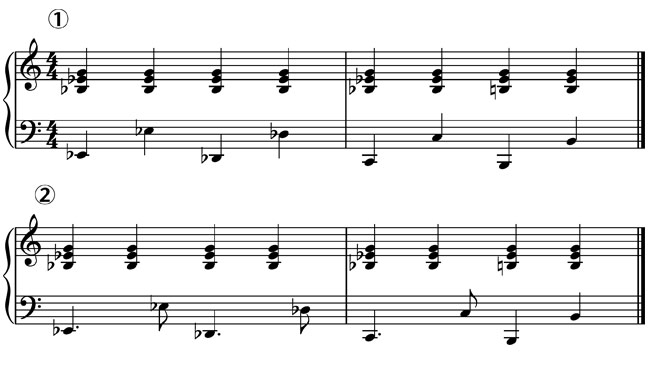 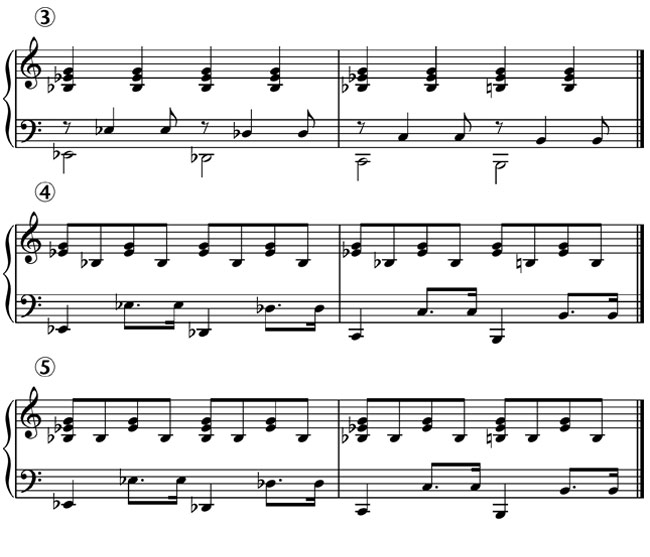 In the second part of the lesson, Howie adds more complexity in both the right and left hands, exploring how different accents can call to mind other styles like Latin, jazz, and rock. 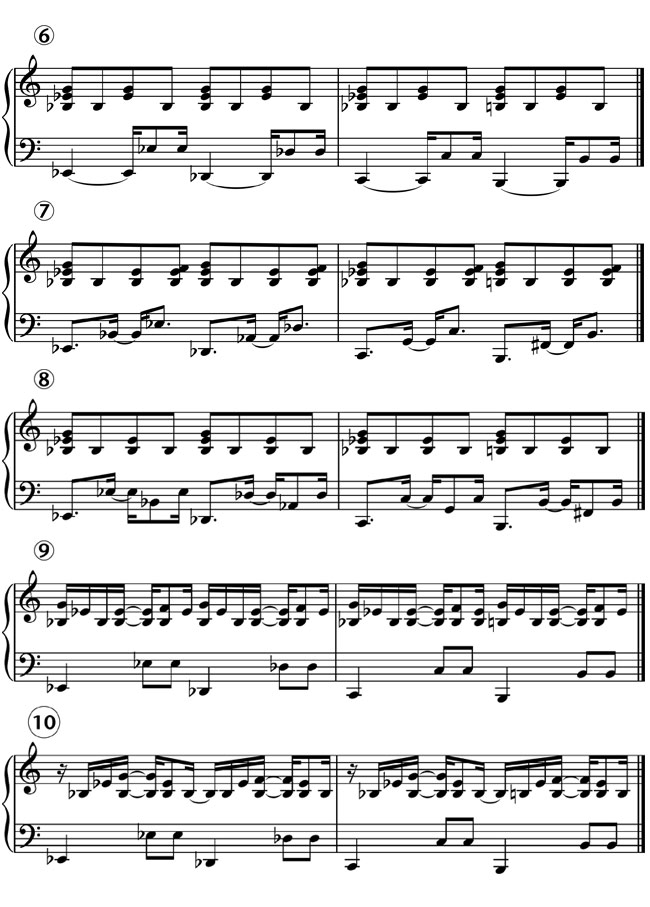