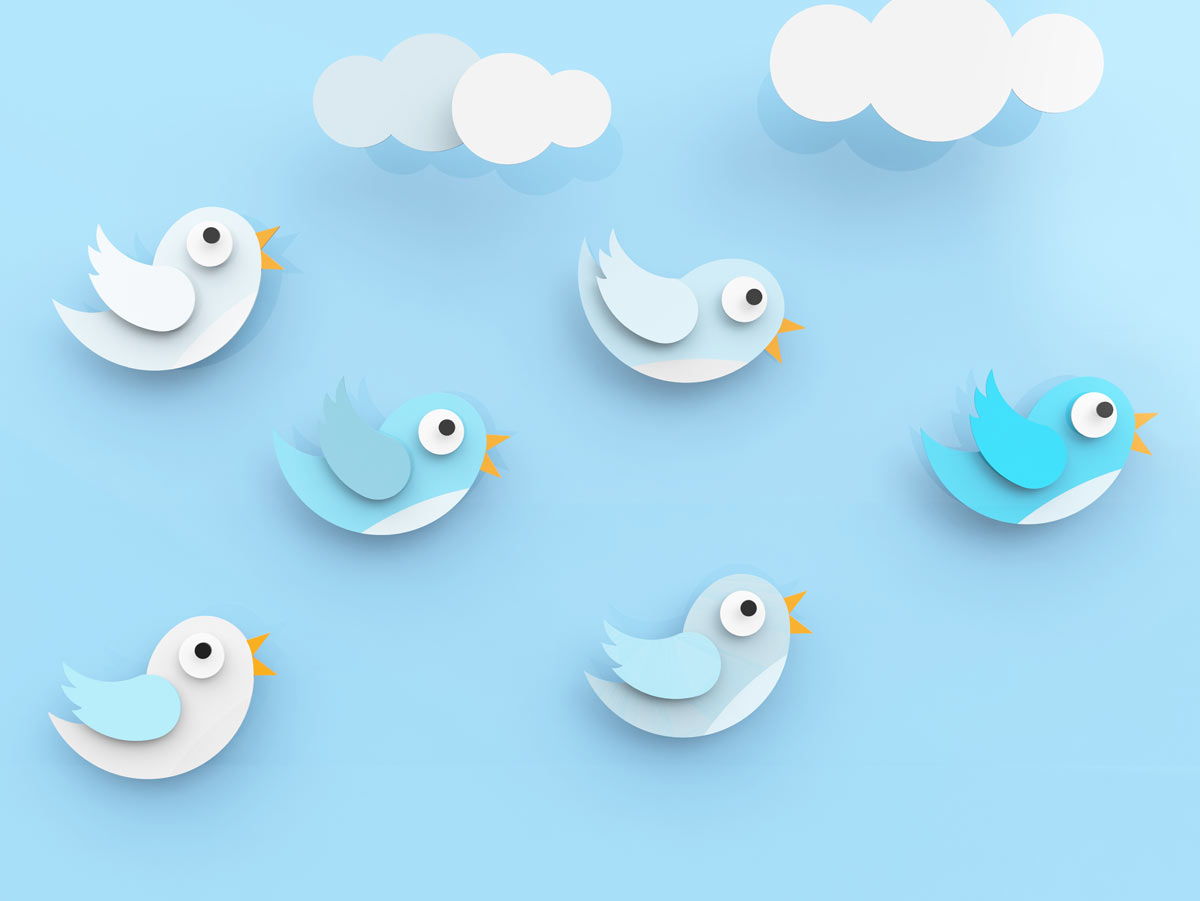 What makes the Twitterverse tick? And, how can you get more out of it? Start by thinking about what's most important to the people who make it go.

If you want to energize your presence on Twitter, you may be thinking, “what does feeling grateful have to do with increasing my Twitter following or building my brand?”

It has a lot to do with it! Gratitude goes hand in hand with forming friendships, connecting with people, and finding others who share similar interests.

Here are some things for which I feel grateful — I hope that several are relevant for you.

I’m going to define mentors as people who are experienced on Twitter, are good role models for using it, are kind, and who help you build your following. My first mentor connected with me on Twitter when I had about 50 followers and he had over 50,000. He thanked me for my retweets (RTs), was gracious to all of his followers, and came up with a lot of tweets and visuals that were striking, interesting, or funny. I not only liked him and learned a ton of stuff by observing his tweets, but he helped me jumpstart my Twitter following.

In this article, I’m not writing about friends in real life who are on Twitter. I’m describing people I’ve met on Twitter who share similar interests, like to have fun, help me grow my following, and let me get to know them. Those who aren’t on Twitter often don’t understand how one can have a real friend, but the truth is that some people understand me better than acquaintances “in real life”. If you have a good Twitter friend, the reciprocal process of helping each other out is a great feeling.

3 People Who Get Your Sense of Humor

Everyone has his or her own unique sense of humor. If you’re lucky, you’ll find people on Twitter who “get” yours. I try not to show my sense of humor too often on Twitter because it’s been described as “goofy” by several close family members and I’d have to agree. When I do share or tweet something that I think is funny, it always makes me feel good when it’s shared or commented on by people who are on the same wavelength.

I can’t remember which of my friends or mentors first used the term “take flight” with me in the context of Twitter. It happened after I retweeted one of his tweets and it was rapidly shared by about 50 people (that’s a lot for me)! When I thanked him for his tweet, he responded, “I posted it, but you made it take flight.”

A lot of research has been done about this. In my experience, it sometimes has to do with the nature of the tweet itself (e.g., breaking news; a stunning photo), Twitter “influencers” tweeting or sharing it, and good timing. Regardless, if you see your tweet take flight, don’t take it for granted! There are people who were integral to this process and deserve your thanks.

5 People Who Forgive Your Mistakes

Everyone makes mistakes on Twitter from time to time. They may be sarcastic to someone who doesn’t get that the tweet was meant as a joke, may make grammatical or other errors when sharing another’s tweet, may be rude and regret it a second later, and so on. If I offend someone and let them know I regret it, I’m grateful if they let it blow over. It would be just as easy for him or her to unfollow me and ignore my subsequent tweets.

There are many people on Twitter who are followed for their sarcasm and insults, and I don’t mean to speak for them. A lot depends on your style, brand, and goals.

When Twitter friends tweet about their book, crowdfunder, blog post, or other project in which they’re financially and emotionally invested, I often share their tweets. I appreciate it when they reciprocate. Besides helping me promote my own projects or music, it tells me that they’re attuned to what I want and are willing to go out of their way to share it with their followers.

7 A Sense of Belonging

There are times that I’ll get up in the morning, go on Twitter, and see that a group of people are already posting upbeat tweets that include me. That really brightens my day (especially before I’ve had my first cup of coffee). Being included in a group where people chat and care about each other is one of things I like best about Twitter.

In general, groups are a great way to have fun, share ideas, and build your following. If you feel grateful for this, you can show it with shout outs (i.e., “#SO to @sarafin , @jameshilarity , and @semiprecious for being, well, awesome.” ) You can tweet #Follow requests with their handles, and also “favorite” or “RT” their tweets to your followers. Using a hashtag for your group is another way to generate interest and commonality.

For me, feeling and expressing gratitude on Twitter is a big part of the whole experience. If it's something that fits your own style, think about how you can integrate it in your own way.