Gigging With A Laptop 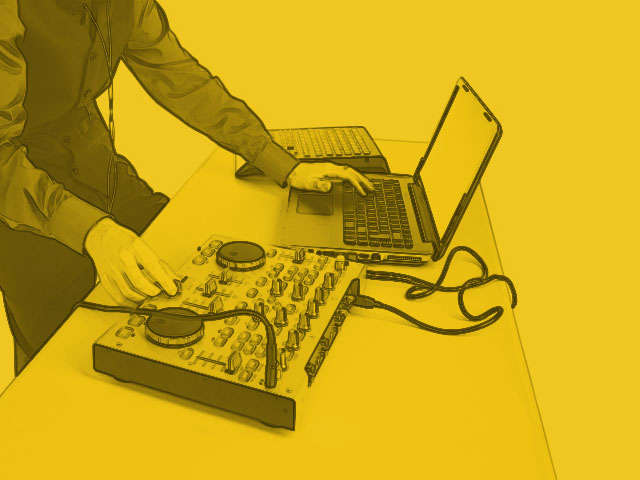 Got a gig? Bringing your laptop? No problem. Just remember a few important things and your show will be smooth as silk.

I received an email through my site with some questions about gigging with a laptop—specifically about the need for an external audio interface. I’d like to share the exchange and hope it helps you too. Here is an excerpt of the email:

I want to start running my keyboard, via MIDI, through my computer and using that setup on gigs. I have a MIDI interface (one of those M-Audio things that goes into the USB port on my laptop).

You mentioned that, during live performance, you just go out of the headphone jack into a mixer, but I don't have a mixer. All I have right now is a Roland keyboard amp.

What would be the benefit of adding a audio interface to my rig, or any other piece of equipment?

Let's start with the audio interface.

To answer the question: the main advantage of having an audio interface is that, depending on the interface itself, you can have more outputs going to your mixer so you can have quick hardware—not virtual—access to control your outputs in terms of volume, EQ, effects send and any other parameters your mixer channels allow you to control.

Depending on your preference, you may like to have actual knobs to turn to control those aspects of your sound. All keyboard amps have built-in mixers that range in their features so actual hardware control of your outputs will be as feature-rich as your mixer allows. 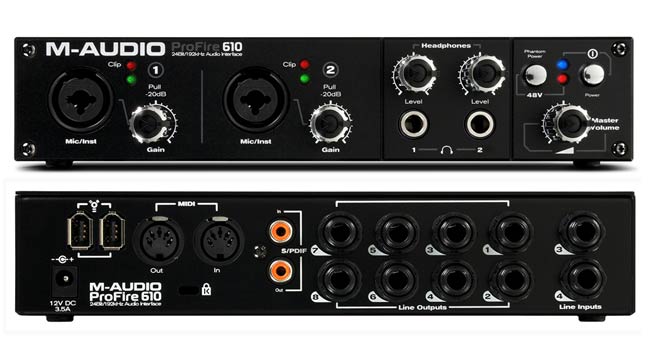 Audio interfaces like Howie’s M-Audio ProFire 610 provide an array of inputs and outputs for better control over your sound during the show.

I have two different mixers that I use for live shows depending on the venue and which routing options and control I will need. The audio interface I use is an M-Audio ProFire 610 which gives me four stereo pairs of outs. This is plenty of individual output control for my obsessive-compulsive side. I can route individual soft synths to separate outputs of my mixer if need be.

In some cases, an audio interface takes on some of the processing burden so your laptop’s CPU is not pushed so hard. However, this is becoming less and less of an issue as computers get more powerful.

How does it sound?

On smaller gigs I often forgo my audio interface and come straight out of the headphone jack and into my mixer.

In terms of sound quality, most audio purists will argue that 1/4" outs are cleaner than a headphone jack. In a recording studio, I will go along with that as you want to do everything you can to reduce any hint of output noise. Because, the more you layer tracks on top of each other, the more that noise adds up and becomes very apparent, which can cloud your mix.

However, on a gig, if anyone gives you a hard time about coming out of a headphone jack, tell them to go play in traffic.

The 1/8-inch mini jack on your laptop and the 1/4-inch output on your keyboard are both unbalanced outputs, and there is no discernible difference between them in a live situation.

On smaller gigs I often forgo my audio interface and come straight out of the headphone jack and into my mixer. For the record, I've never had a problem—and I've been doing this for several years now.

Get the right cables.

To properly connect your laptop’s headphone jack to your amp, you can get a cable that is 1/8-inch stereo (TRS) to dual 1/4-inch mono (TS) plugs. Most local music or electronics stores should have those.

You can also get that kind of stuff cheap on Ebay or other shopping sites. Hosa brand cables are rugged enough yet not super expensive, and should last you years if you take care of them properly. Since keyboards don’t move around nearly as much as guitars and basses—and therefore do not incur nearly as much regular wear and tear—you don't need to buy expensive cables. I always recommend getting two of those cables so, in the event one breaks on a gig, you'll have a backup.

Hosa makes inexpensive yet reliable cables in many configurations, like the 1/8-inch stereo to 1/4-inch mono connections Howie recommends for connecting your laptop to your mixer.

Do not take a 1/4-inch cable and put a big 1/8-inch adapter plug on it and plug that into your laptop. Because they are smaller, 1/8-inch jacks are not nearly as rugged as 1/4-inch jacks and you do not want to put a lot of weight on the headphone jack of your laptop by putting a huge plug in it that sticks out several inches. It will work like a lever and snap your headphone jack. (That is not a cheap repair.)

Also, make sure that the cable has sufficient slack and is not pulling on your laptop. I recommend getting a cable that is a minimum of 10 feet. That sounds long but it isn’t. While you don't want an excessively long cable, it’s better to have a little more length than not enough.

Be very careful to keep your laptop far away from any amp or speaker cabinet. Speakers have large magnets in them that can really wreak havoc on a hard drive.

Once you make the commitment to move your laptop around, you'll want to make sure you get a rugged carry case.

For that matter, protect your laptop at all times on a gig. Depending on your location, if you are going out of sight of your gear on a set break, take your laptop with you. Laptops are easy to steal.

Once you make the commitment to move your laptop around, you'll want to make sure you get a rugged carry case. Personally, I prefer laptop backpacks and have had an Ogio brand backpack for several years and love it. I got mine from ebags.com which has a large selection to choose from. However, there are many great brands out there and many great places to get them, so don't be afraid to shop around.

Finally, make regular backups of your files as well as regular drive images so, if your drive goes bye-bye, you can restore from an image and be up and running in no time. 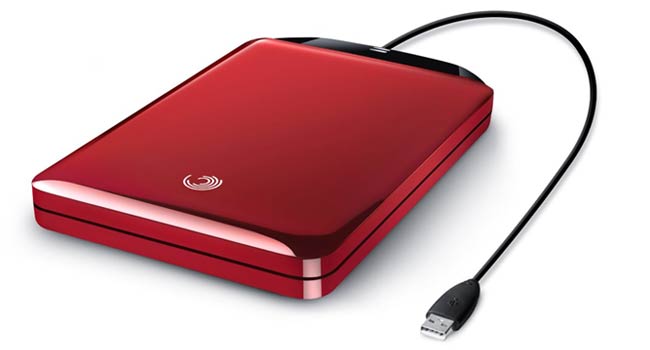 With portable hard drives as small and inexpensive as they are these days, there’s no good reason to go to your gig without a back up of your important files and a recovery disk image.

For Windows backup I recommend using the built in functionality included with Windows 7 and 8. It’s fast, efficient and you can easily create a recovery image as well as automatically backing up your important files using whatever schedule you prefer.

For Mac, I recommend SuperDuper by a company called Shirt Pocket for images. For backups and images, you will need an external drive to image to. I prefer Seagate drives because most of them have a 5 year warranty. I have used this warranty service twice in the past and they are a very easy company to deal with. Drives are relatively cheap now and you can get a ton of storage for very little money.