What Is A Song?, Part 1: Structure 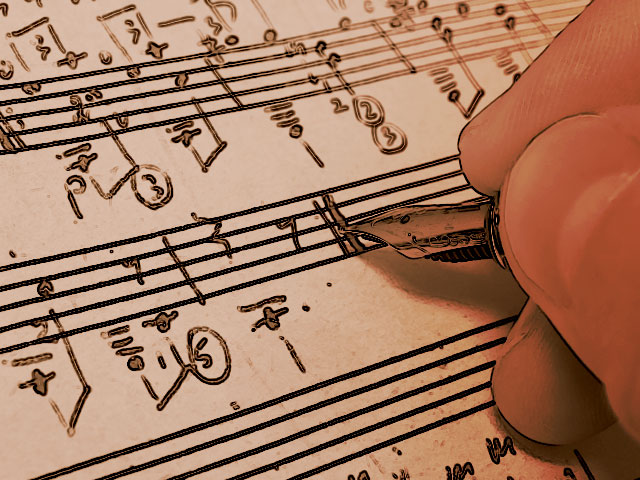 Throughout the ages great minds have sought to define the compositions that adorn the fabric of our history.

What is a song? Most people will say it’s a combination of melody and lyric. Sometimes a song is just a melody sung or a sequence played on a Reed flute, such as in prehistoric times. Adding harmony and rhythm, songs become much more interesting. Songs have structure, usually repeats of verses and choruses. In classical music, the “strophic” form was a repeat of verses or verse/chorus. Nearly all popular songs include the “Release,” or “C” section.

In terms of recording, or radio airplay, a song lasts in the three-minute range, a standard that still remains relatively unchanged in the 21st century. Many songs now hover around the 4 minute range. In Classical Rock (late 60s/early 70s), extended versions—usually marked by extended instrumental solos—sometimes ran the entire length of an album.

There are different kinds of songs falling in one or more genres: Irish folk, African storytelling, Christian hymns, Heavy Metal, Pop, Rock, Country, Blues, Jazz, and many more. In the Classical era, songs were often called “Art Songs.” Many different European cultures had their own versions of art songs: Russian (romancy), German (Lieder), Italian (canzoni), French (mélodies), Scandinavian (sånger), Portuguese (canções), Spanish (canciones). In the New Millennium, songs are increasingly becoming a blend of one or more genres. Billboard Magazine coined the term “Crossover” to describe a song that tops more than one chart.

Starting with AAB, there are many variations, such as ABAB, AABAAB, etc. A “C” section—often called the “release”—is also included in standard song structures: AABAABCBB, where “A” represents a verse, “B” a chorus, and “C” as the release.

Vocals, arrangement and production are equally important components of songs as melody, harmony, rhythm and lyric. The sound and style of a singer’s voice adds tremendous drama to the interpretation and presentation of the song. Some songs are flexible enough to have more than one arrangement, i.e., country arrangement, big band arrangement, acoustic version, etc.

An older edition of The New Grove Dictionary of Music and Musicians defines a song as “A piece of music for voice or voices, whether accompanied or unaccompanied, or the act or art of singing.”

Whereas the Harvard Brief Dictionary of Music (1960 edition) defines a song as “A short composition for solo voice, usually accompanied by the piano, based on a poetic text and composed in such a way as to enhance rather than to overshadow the significance of the text. In a song, the words and music are of equal importance...”

The Harvard Dictionary goes on to say: “Practically every age of music has contributed to the song literature, not to mention the universal tradition of folk song. Modern song is characterized by an expression of personal feelings that encompass the whole range of human emotion...(Apel 1960).”

In today’s trendy “pop” culture, it’s unlikely a song would be called a “composition.”

In its simplest form, songs are performed by a solo singer playing guitar or piano. With state-of-the-art recording studios and digital audio workstations, recordings become the dominant means of distribution. In fact, “acoustic” versions of songs become just as popular as the original versions, such as Eric Clapton’s, “Layla.”