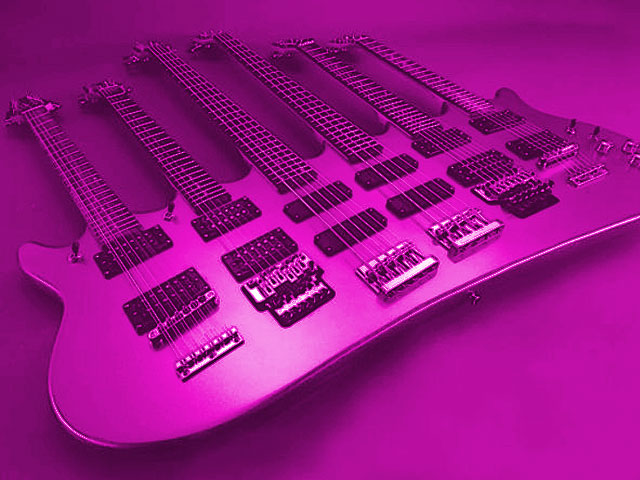 Once you step into the role of producer, it’s your job to make tough objective decisions about the music. One of the first is whether you’ll make it grandiose and expansive or minimalist and cutting.

I think we get into our corners way to easily these day. There seems to be a push in modern life to align or identify with a side, from politics to what kind of computer you use. Production style gets defined this way also.

There are lots of producers with a “sound”. Lots of successful producers hired for their “sound”. Most of them would consider this a prison much like an actor being typecast. Style yes, but more in approach than delivery. Most want a successful song. How that can be best accomplished depends on the tune.

Sure there’s a lot of drivel out there where production wow is really the whole point to a very sketchy musical hook or just tired sameness, but hell, there’s always been that around.

We are actually living in the time of the producer more than any other time in recorded popular music. Because an incredible amount of music is made independently, more and more the artist is also filling the role of producer. Production can be so fussed to material it’s almost impossible to separate tone from structure. Sometimes a sound alone inspires the song that follows. But don’t let that influence the point. Be aware of the cultural surrounding, sound de jour, but don’t let a song be defined by it, and don’t operate in a vacuum.

What does the song want?

The real question is—as it always has been—what is the artist or song trying to communicate, either to an audience or the artist themselves? I am in favor of minimal production equally with lush, over the top production. I just consider what’s best for the song before setting a course, a course that may alter if something cooler or unexpectedly great happens.

The problem with lush is that it can obscure the point, like drinking from a fire hose. The meaning is lost because the din and thickness veil it. Mostly it’s because too many ideas (even if they’re mostly good ideas) are used. If one guitar part is cool then five cool guitar parts must be inherently cooler. Nope, not necessarily.

And, in a world where sounds are at your fingertips, just because you can doesn’t mean you should. Conversely, I don’t think Dark Side of the Moon would have been better with less. I would be surprised if there weren’t parts that were discarded before the final mix to keep the piece focused, but minimal is not the word I’d use to describe that record. Should Van Gogh have used a little less paint in “A Starry Night”? Should Mondrian have used more?

You can’t please everyone, all of the time.

You are not going to be everyone’s cup of tea. You will often alienate even an established audience. Yep. Sometimes art and commerce don’t meet. No harm or foul. But the method you employ to accomplish what you want to say is only dependant on how you want it heard and understood. You are painting a sonic painting, chiseling a rock down to reveal sound.

Stay open to current, stay open to different paths and stay focused on saying what either you or the tune wants said. Sometimes a song will say yes and the artist says no. (It can be tricky – I almost always side with tune, but more on that in a future post.)

If it’s cooler with a kick drum and a vocal then use that. And if it’s better with two symphonies battling it out from each speaker, then do that. Keep asking yourself if it “needs” it. Is it really better in, or just different? And, does the difference makes it better, more defined, moving towards precisely what you want to say or feel from it?

If you are an artist also filling the role of a producer, make sure you are looking at the song with distance – cold and hard. Without this you’ll be making judgments in more the pure artistic realm than understanding how an audience may relate, making the “more or less” question a smaller one, but not always right for the big picture.

Even Hemingway had an editor. And if you act as both, then fill the role of both. John Cage still wanted to communicate something to an audience beyond just a creation for only him to hear (or not hear, depending on the rests on the staff). This might better inform the “less or more” questions.

A song wants to engage, sometimes even to the point of confrontation. Extremes can be effective but keep the goal in mind. Just ‘cause you can, doesn’t mean you should.