The Structure Of Popular Songs, Part 3: Progressions And Riffs 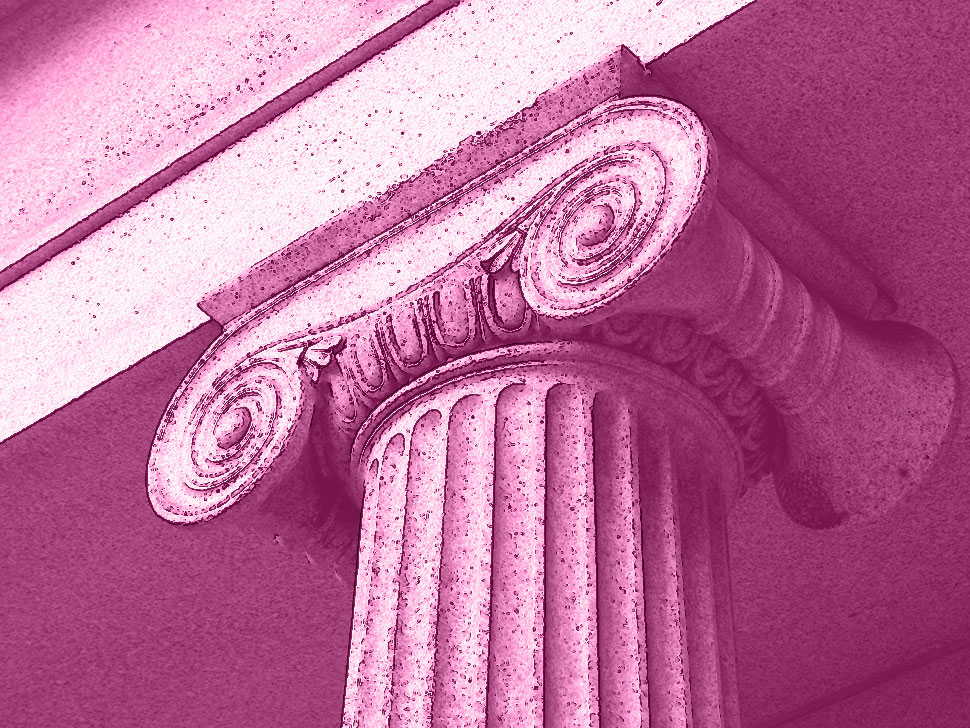 Part three wraps up the series with a look at chord progressions, pads, cadences and the rhythm of popular songwriting.

Certain kinds of chord progressions distinguish pop from rock music. The I-IV-V progression dominates in rock, country, and folk. Some hard-core "rockers" have a distaste for any chord other than a I, IV, or V chord. Omitting the 3rd of the chord gives rock its "raw" sound. Starting in the 1950s with the "do-wop" style, the "pop" rock music sounded sweeter by using the II and VI chords in the chord progression. The most common chord progression was I-VI-II-V-I. The II and IV chords were usually minor.

The rhythm remained a rock beat, but the melodies became prettier due to the expanded harmonic background. Through the decades pop would become more lush through more elaborate chord progressions, "sweetened" orchestrations through the addition of strings, four-part harmonies, and rhapsodic melodies as opposed to talk-sing.

Considering a 16 bar section, the simplest chord progression would read 4 bars each of I, IV, V, and I. Some songs stay on one chord for the entire section while other songs move a chord every bar, and in some passages, every beat. Because the drums carry the rhythm load and the bass guitar handles the low end of the harmonic spectrum, keyboards and guitars are more free to play counter rhythms and melodies.

If the song is a driving rock tune, the guitar and keyboard rhythms remain steady and constant. A looser style, such as a rhythm ballad, allows for a rhythm-lead mix (single note patterns interwoven with full chord patterns). The improvisatory nature of this technique defies harmonic analysis, other than to say intervals and single notes are weaved around a single chord or chord pattern. In rock, notes and intervals fall within the range of the triad. Jazz takes greater liberties with seventh through thirteenth chords, augmented and diminished chords, and other chords with added notes.

A "pad" is a term to describe a chord held for a long duration, usually played by the keyboards (an organ or string patch). This can also be a "bed", meaning that everything else lies on top of it. Depending on how it's used, a pad can simply fill space, or provide a wall of sound, fattening the arrangement. A lead guitar (or other solo instrument) is then free to play counter melodies, riffs, and other lead lines. This construction forms the basis of almost all rock music, and gave birth to the virtuoso lead guitarist.

For movement from one section to another (verse to chorus, back to verse, etc.) cadences function as they do in all music construction. The authentic (V-I) is the strongest, resolving most transitions. Plagal (IV-I), also called half-cadences, resolve to the V. Deceptive cadences resolve to other chords other than I, IV, and V. These cadances provide greater harmonic interest and movement. Cadences signal a repeat or a close, or that something is about to happen. Over-used chord progressions restrict melodic development. However, simplicity does not detract from variety.

All music has rhythm, whether metered or free flowing. However, the drum set (snare, bass drum, tom-tom and cymbal) elevated rhythm to an often times dominating place above melody and harmony. Rhythm is a crucial element in distinguishing one style of music from another. In jazz, "swing" prevails. The rhythm pattern (using the counting technique) is on the one, two, two-and, three, four, four-and beats of a four count measure. A slight anticipation before the beat gives jazz its "swing" feel. By contrast, the most basic rock rhythm is "straight ahead", with the accents falling on the down and up beats with and without anticipation. This basic rock rhythm is a dotted quarter note followed by an eight note followed by a quarter note in a four count bar.

Rock, as well as any style of music, has an identifiable sound and feel. Country is readily identifiable rhythmically by the snare hitting on two and four (as in rock, jazz, R&B, etc.) with the bass drum alternating on the one and four beats. Rock, dance and polka also use the alternating kick/snare pattern, but with a different feel. Jazz rhythms are more syncopated, with a more elaborate use of toms and cymbal patterns, etc., but it is not necessarily more difficult or easier to play than any other style. Not all drummers can play all styles, as it is with any of the other instrumentalists. Any attempt to describe a style of music by word is a form of pretense. Music is an aural experience. A listener must hear and feel the difference between one style of music and another.

Melodies remain simple when using conventional chord progressions, such as, I-IV-V, along with a basic song structure and a simple rhythm (drums). As mentioned earlier in the discussion of complexity and simplicity, simple melodies are illusive. The preponderance of songs found in country, rock, folk and other styles, still manage to distinguish themselves from the rest despite a lack of complexity. Closer analysis reveals how vocal style, instrumentation, and lyrics contribute to song identification.

Again, as mentioned earlier, the narrow view that all country songs (or any other style) sound alike, may be due to the limited range of melodic development, dictated by the constraints of the style itself. The same melody can sound totally different depending on who is singing. The melody can remain the same in different sections, despite rhythmic and harmonic shifts. The reverse of this is also true. The melody can be as simple as pounding away on the same note, and may be all that's necessary to get the point of the song across to the listener. In pop and rock music starting in the 50s, rhythm, harmony, and instrumentation no longer were subservient to the melody. Because of this, the "arrangement" was more organic; an integral part of the song.

Melodies as a whole underwent a significant change from the Tin Pan Alley-Broadway years into rock and pop. The vocal range of "crooners" in the 1940s hung around middle C. Currently, melodies in rock and pop frequently float around the G to C range above middle C (male and female singers). In harder styles of rock, the melodies became more driving than mellifluous, and were "belted" at maximum volume and high energy. Elvis Presley's music, despite its controversy at the time, seems tame by today's hard rock and metal standards.

Pop influence (pre-R&R) added color and diversity, developing melodies into something more singable, as opposed to shouted, pounded, or belted. "Phrasing" became as important to a singer of pop/rock melodies as it was in the Sinatra era. In other words, the melodies became more sophisticated. The Beatles created some of the most popular and beautiful melodies in songwriting history. The Beatles fall into the category of rock and roll. This does not hold true for all the songs they wrote. The range of styles found in Beatle songs, from rag to folk to R&R, indicates the futility of categorization. Judging a song based on its melody alone ignores the integration of song, arrangement, sound, singer and band.

A motif in classical terms (a distinct group of notes) became a "riff" in pop/rock terms. Many of the writing devices used in classical melodic construction apply. Examples include short phrases repeated consecutively with one phrase shifting up and the other shifting down for balance; a phrase repeated in other parts of the melody for unity; a second phrase that answers the first; and a melody functionally equivalent to the word, phrase, sentence and paragraph found in writing (including punctuation).

There are the techniques of augmentation and diminution. Examples include decreasing or increasing the value of the notes of the original riff; transposing; subtle pitch changes; use of legato and staccato; minor and major scale variations; on the beat or syncopated; along with glides, bending, expected and unexpected twists and turns.

Regardless of variation and repetition techniques used in providing interest, the idea is to not clutter the melody in such as way that would detract from identification and memorability. No matter the depth of analysis, music will always remain mysterious and magical in its ability to touch the emotions, stir passion, and lift the spirit.