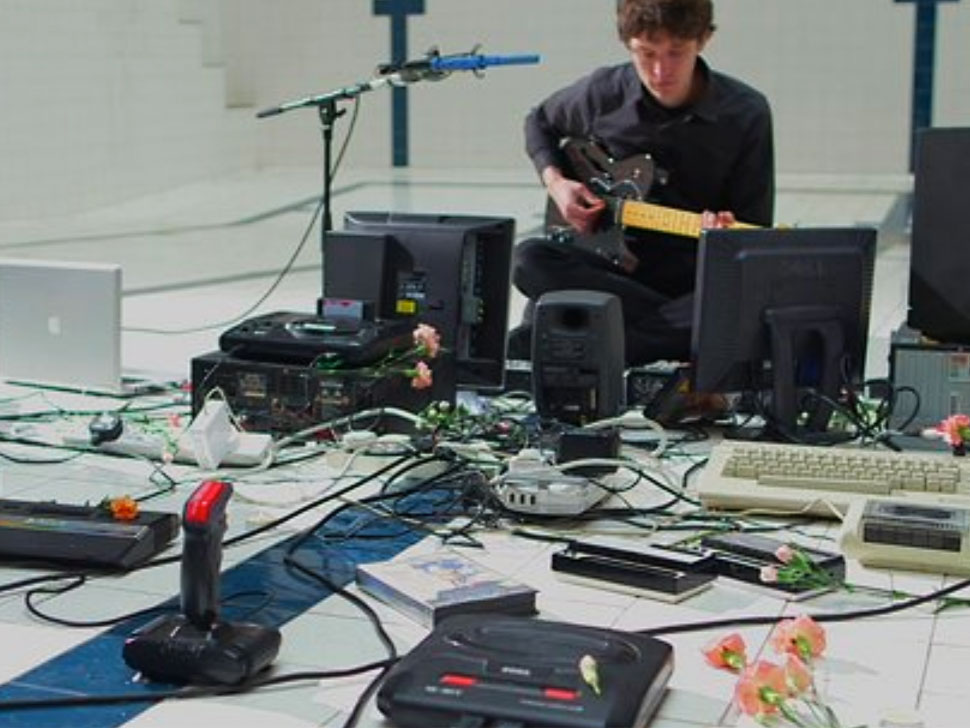 It's amazing. He takes old gear like hard drives and video game consoles, convinces them to make music, and makes the whole thing look as good as it sounds.

Based in Glasgow, Artist/filmmaker James Houston has embraced the gadgets of yesteryear to produce some cool new music compositions.

Fair game for his 8-bit orchestra are old Commodore 64's, Sega game consoles, hard drives and other gear who's logos usually only pop up these days on the ironic t-shirt of hipsters.

As a visual artist as well as musician, Houston's spectacle of creating the musical equivalent of a Rube Goldberg machine and then performing compositions puts him in a class all by himself.

Clearly this guy has a vision. And you will too after experiencing the sights and sounds of an artist doing something new—a rarity in this day and age of me-too music.

In his video for Polybius, a short, sweet composition of scratching hard drives, looped guitar and plaintive vocals, we see Houston at the bottom of an empty swimming pool, surrounded by the detritus of technology's bygone era.

It's the drives that begin, like the violas of a high school orchestra. Houston, sitting at the head of his visual statement, sits down to take part in the musical one. The guitar simpers, the camera pans and his face fills the screen for a short vocal that says all that need be said.

And then it's over. Just like that. And you're left wondering how he put together such a delightful feast for the senses, and how you can get more. You're in luck. His Vimeo page has just what you're looking for.