The Structure Of Popular Songs, Part 1: Parts And Phrases 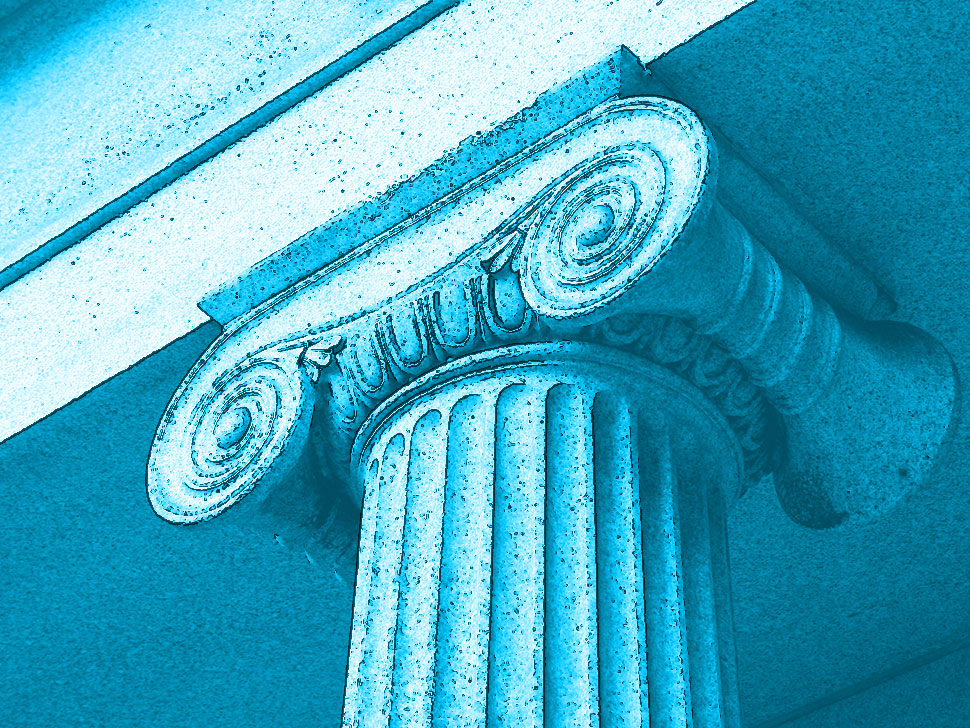 Author Jerry Flattum looks at the building blocks of popular songwriting. Part 1 investigates simple structures throughout the history of music.

Simple song structure consists of 4 and 8 bar phrases, 8 (4 sections) or 16 bar sections (2 sections), and usually 32 bars for completion of structure minus repeats. Civil war songs had 8 or 16 bar phrases as well as many hymns. Hymns are largely strophic in form, meaning a number of verses sung to the same melody without any other contrasting sections. Stephen Foster's songs, like many other spiritual songs, had a verse-chorus structure, consisting of 16 bars of 8 plus 8.

Radio airplay is responsible for time length, ranging from the original two minute format to four-five minute cuts now commonplace. 32 bars will easily fall within this time frame, regardless of tempo. Current standard structure consists of multiple sections including repeats of those sections, such as, verse-verse-chorus; verse-verse-chorus; bridge; verse-chorus-chorus. At 16 bars each, this totals 160 bars. When considering a song in its final recorded form, time length becomes a more accurate way of assessing the complete structure, rather than a reference to any underlying basic structure.

The 32 bar structure forms the basis for almost all songs, whether they are from musicals, the wealth of recorded music, dance music, or any of the various styles. "...The American popular music industry standardized the ideal of a singable song. It would contain too clearly demarcated sections: An informal verse and a more formal refrain (or chorus) of precisely 32 bars of music (Pickow 1988)."

In standard 32-bar, the verse functioned as an expository, introductory section that set up or led to the refrain. A title, the most well known part of a song, is heard in the refrain. This Intro was freer in form, rhythm, and melody, and more recitative-like. It ranged anywhere from 8 to 64 bars often times moving from specific to general, conversational to emotional, prosaic to poetic. It was more like talking song, or singing talk. As mentioned previously, this Intro material largely disappeared, but the effect of its functioning as a middle ground between talk-sing, sing-talk, would become the basis for many popular songs thereafter. The identifiable elements of popular songs very much included a conversational style, and still does today.

Principle parts of a song's structure are: Introduction (verse in Tin Pan Alley terms); verse (refrain in Tin Pan Alley terms); chorus (interchangeable with bridge or release); "hook" (title); bridge (a release in 32 bar form); and ending (Coda in traditional terms). The Intro sets up the song with either an instrumental version of the hook or contrasting material that stands on its own. The verse, or introductory material found in standard Tin Pan Alley tunes, as mentioned earlier, have largely disappeared. The Intro can be as simple as four beats on a drum. A dance song with a 32 bar percussion Intro would not work on piano or guitar. The verse, in the case of a narrative lyric, is where the story develops. Each verse is different and usually consists of four to eight lines of lyric. The chorus makes the point of the song, and contains the "hook" (title). The chorus is also usually four lines of lyric. The chorus can be as simple as having the hook repeated four times (easy to remember).

In the case of a tradition 32 bar form, the hook is at the beginning or end of each verse (refrain). The bridge, or release, provides a contrasting section to the verse and chorus, either appearing between verses, or found after a verse and chorus. Often times, the entire 32-bar form is called the refrain (Tin Pan Alley). A refrain can also be a 4 to 8 bar phrase (two to four lines of lyric) found at the end of each verse. Many folk and country songs use this form. It is a concluding statement resolving the verse.

In a complex structure, a song can have many bridges of varying lengths. These bridges provide transitions between two contrasting sections, or function as separate sections. Sometimes the bridge modulates to a different key, with a different melody and lyric idea. The coda can be an entirely new section, or a simple repeat of the chorus numerous times with a final ending or repeated until fade out (in a recording). The coda can include a concluding statement or a repeat (with or without variation) of something already said. The coda can also contain a simple one or two line "tag" (concluding statement).

In the analysis of song form, capital letters (A, B, C) designate each of the sections. The verse is A, the chorus is B, and the bridge is C. Intro and Coda sections stay the same. This can be confusing. Intro sections often repeat throughout the song. In a standard Tin Pan Alley 32 bar form, the verses (refrain) are A with the bridge or release designated by B. The 32-bar form is AABA with each section consisting of 8 bars. Each A section has the same melody, with some variation usually at the cadence point. The variation between A1 and A2 allows A2 to move transitionally into the B section as well as out of the B section into the final A (A3). The B section provides the release from the main melody, and at the same time functions as a bridge between the beginning and end of a song.

In an ABACAB structure, the A is the verse, B is the chorus, and C is the bridge. The following forms are the most popular structures used in popular songwriting: AAA; ABAB; AABA (32 bar Tin Pan Alley); ABACAB; 12 bar blues. There are many mathematical variations of these structures, such as AABACABB; ABCABCD; ABBABBCBACB; etc. These include instrumental sections, bridges, development sections (D, E, etc.), and sections with extensions. The terms verse, chorus, bridge, refrain, and release have different meanings depending on contexts.

Designating sections by the capital letter method allows for an understanding of song structure without arguing over semantics. A good example of the futility in the usage of these terms is in a "through-composed" structure, where there are no repeated sections.