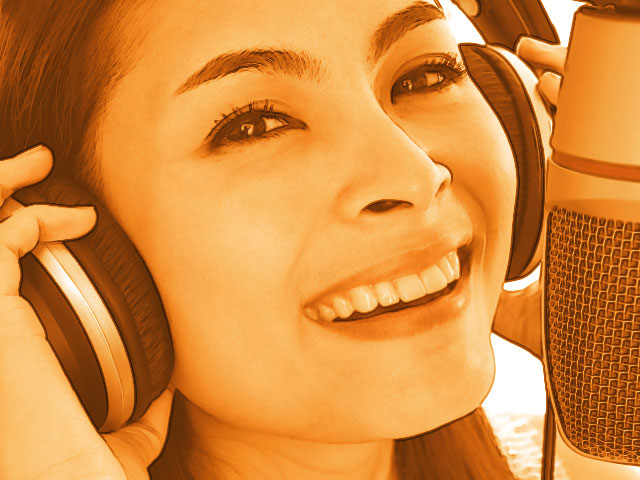 Voice Actor Dave Courvoisier gives an overview of the Voice-Over industry past and present.

They Work in Isolation

Every day in America, hundreds of individuals climb into a closet or sound booth in their own home, close the door, fire up their audio chain, take a position in front of a pop-filter, and begin voicing copy into a microphone.

Yes, they're performers, but with improvements in professional audio tools forever altering the voice-over landscape, today's voice performers are also technologists - adept at computers, audio software and hardware to a degree not seen before.

Yet, they also wear the hat of entrepreneurs, accountants, marketers, promoters, web designers, bloggers, and disciplined, enterprising self-starters. They're the new breed of voice over talent... who prefer to be called voice actors.

The internet makes their existence possible in a way no one could've predicted 10...even 5 years ago. The world of voice-over work is in a sea change.

This was the old paradigm of voice-over work:

An established "voice" (be it from radio, TV, stage or sports announcing) lived in a major metro area to take advantage of local voicing opportunities: L-A, NYC, Chicago, San Fran, Atlanta, etc. He (back then it was mostly "he") set up relationships with local producers and/or was handled by an agency. He traveled around to the various production houses when there was work, and delivered his reads, or sat for auditions in sound booths IN those studios. He was likely a member of SAG or AFTRA and over time may have made a decent living voicing local/national commercials, TV and Radio imaging, doing some event announcing, and narrations.

This is the new paradigm of voice acting:

A spectrum of voice quality - from beginner, to average, to obvious pro, showing at least some facility with interpreting copy, establishes his or her (it's almost 50/50 gender-wise, now) sole-proprietorship business out of a room in the family home or apartment virtually anywhere in the modern world. That person spends in the range of $300 to $3000 to equip the home studio. The more novice voice talent may feel that with only a little effort and investment, voice over success can be easily had. More established voice talents, however, understand that even after investing a few thousands of dollars in technology, performance, and training, less of their time is actually spent performing and more time is spent on generating new leads, networking with agents and studios and building their business on the internet.

How we got here

Many new hopeful voice actors today have been told time and again that they "have a nice voice". Sometimes on that assessment alone, they'll launch into classes with a voice-over coach offering varying degrees of price, expertise, and integrity. "Most of these "noobs" are similar in their complete lack of preparation in the "other" half of the voice over profession - the business of running a business.

A traditional bastion of talent support was an actor's union or guild. The Screen Actor's Guild (SAG), and the American Federation of Television and Radio Actors (AFTRA), though, are currently suffering a deep rift, and both struggle to find a meaningful way to represent voice actors in today's new paradigm.

Talent agents, too, have often successfully represented actors to major studios, and still remain a key conduit to the best-paying jobs. But both unions and agents have been undercut by the advent of online voice talent subscription services.

Online sites such as Voices.com and Voice123.com are greatly contributing to a wave of change in voice overs. Such sites attempt to match "voice seekers" with voice actors, with varying effects. Yes, the services level the playing field, and offer a wide selection of jobs, but the process of bidding or auditioning for each job becomes a cattle-call that tends to price-down the threshold of what tradition would term "a fair price".

In some odd instances, voice actors find themselves competing with their own agents for jobs listed on these pay-for-play sites with professional voice talent agencies sometimes bowing to the demands of their core customers eager to find "a" voice at the "right" price. The situation has prompted some lively debates in online forums about where it will all lead.

While performance alone was the gauge of the most successful voice talents for years, today's job description is much more complex. Along with well-voiced copy, successful modern day voice actors must also rise to a fairly high level of software and hardware competency, often taking the place of the traditional engineer, producer, or audio expert. Some do this more adeptly than others, obviously. Many are the online forum discussions about the minutiae concerning microphones, DAW's, preamps, compressors, and software audio editors...not to mention methods of uploading large files, web-design, and ISDN.

Much like the record industry, change and tradition clash in today's marketplace of voice talent. But the talent of today must also embrace the changes and harness the tools which can drive the development of a true professional's impressive instruments.