The Basics of MIDI 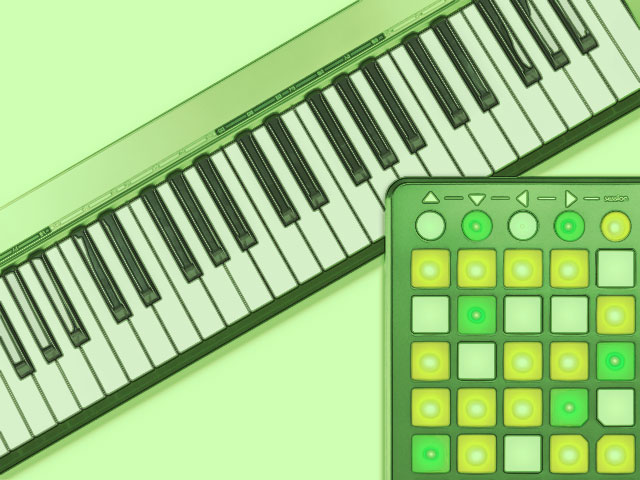 Curt Magura of IMMusic gives an overview of what MIDI is and the power it can bring to your music.

You just brought your shiny new keyboard home. As you are plugging in the power cord, you notice two funny looking connectors on the back labeled MIDI In and MIDI Out. Just what am I going to do with those you wonder?

Welcome to the world of MIDI! First, the acronym stands for Musical Instrument Digital Interface.

MIDI dates back to the early 80's and is still widely used in the music industry today. It allows you to connect various types of equipment together. MIDI capable keyboards, computers, and drum machines are some of the most popular. The world of MIDI is full of terms and acronyms. What follows is a high-level overview of a few of them to help get you started.

Depending on the device involved, you may have two, three, or more MIDI ports on your device.

Some higher end devices will have multiple MIDI In and / or MIDI Out ports.

This configuration will allow you to record MIDI information using a sequencer program on your computer. Once you have the data in the form of MIDI events in your computer, many possibilities open up. You can edit the data, print it, and have the ability to play back your performance by sending the MIDI data back to the keyboard.

Both are very simple examples, but start to give you an idea of some of the many things possible when you start connecting your MIDI capable devices together.

MIDI does not contain any audio information; it does contain data referred to as MIDI events.

Earlier, we mentioned something called a MIDI channel. Most folks are familiar with a car or home stereo. In most cases, that is a 2-channel configuration. You might recognize it as the left and right channel. In the MIDI world, there are 16 channels. All channels are created equal and can be used for any type of MIDI information. Many times, you will find that not all 16 channels are actually used. For example, a common General MIDI format sequence will have the following track / channel layout.

The remaining channels are used for additional parts depending on the complexity of the arrangement.

We barely scratched the surface when it comes to MIDI implementations. Join us in our next article as we take a closer look at General MIDI, General MIDI2, and the General MIDI Patch Map and percussion note assignments. If you have two or more pieces of gear with MIDI ports on them, we encourage you to get them connected and start exploring all the exiting possibilities it can bring to your music!