Out Of Left Field: How to Supercharge Your Creativity 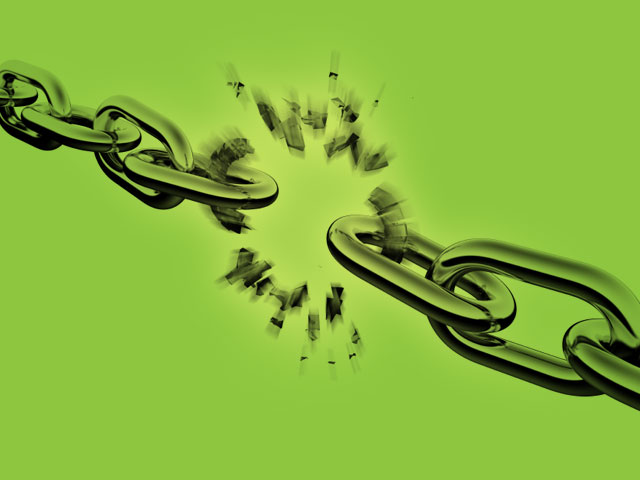 I’ve learned a valuable lesson over the past few years: when it comes to writing music, limitations, rules, and deadlines can be your best friends.

Counter-intuitive, isn’t it? We’ve all had those moments when creativity is flowing like water and the dreaded internal critic - that douchy, insecure bastard - is silenced. You aren’t over-thinking or analyzing. In these moments, the right brain is in complete control. The left brain is mute. And it’s wonderful.

Like a junkie looking for its next fix, musicians and artists always strive to reach this state of perfect flow. But of course, there’s no switch to turn it on or off; all you can do is create a mindset where that flow is more likely to happen.

It’s here that left-brain thinking can be incredibly helpful. Simply put, it can help you build a sandbox where your right brain can play - and in turn, you’ll release better music, more often.

But enough generalizing. Here are some specific examples, and how I applied them to my new EP:

Build Yourself A Box To Work In.

I mainly work in the electronic realm, where producers have access to an infinite palette of sounds in their DAW of choice. Add in just a few VST’s and sample packs, and it’s infinity times 10.

On one hand, this creative freedom is liberating and exhilarating. But there’s a dark side to the coin: endless choices can also paralyze you. How many times have you ever set down to write a song, only to cycle through endless presets, instruments, and timbres? Before you know it, you’ve pissed away four hours. Yes, you probably had fun messing around with different sounds, but you aren’t any closer to having a finished song.

The way I dealt with this problem was by setting one hard rule for my EP: I would use piano on every track. Not just piano, but a specific setting of a specific piano sound in Ableton. On my first album, I used a similar approach with the bass: one patch for every single song, and striving at every turn to combine chiptune sounds with cello and violin.

If choosing a specific sound seems too limiting, try expanding the rule to use just one VST for every part. Or you could decide to use only the native sounds in your DAW, completely avoiding any third-party VST’s or samples. If you’re a controllerist, you could use just one controller to write an entire album.

Whatever your approach, the goal is the same: boil your endless choices down to a manageable handful of options. This principle works with arrangement too; you could even write every song in the same genre, with the same tempo, or the same key. The end result is that you focus more on the song itself. And if you wind up temporarily breaking outside that box - for example, one of my tracks wound up not having piano on it - well, no big deal.

Limitations save a lot of time when you’re trying to tease a good song out of your DAW. The other great thing about is that they help create a common thread between different songs. Even if you’re releasing singles rather than a complete EP or Album, this sonic glue can help define your own sound.

Done right, a few simple rules can dramatically speed up your workflow and help you create a unique sonic fingerprint. This is especially true if those rules help you sound more like you.

Here’s one example. In my own music, one thing I almost always strive for to have certain elements that are organic, live, and a bit loose; a human contrast to the more robotic, digital, machine-like parts.

For me, this boiled down to a simple rule: when laying down a part, do no more than 3 takes. Then use the best take. End of story. Whether it was a guitar part or a keyboard melody, I followed the same process: write the part, spend some time practicing it and polishing it, then lay down my takes.

(Yes, there’s a fine line between sounding loose and sounding sloppy. There were a few times where the best take still wasn’t good enough. But you’d be surprised how your playing improves when you know you can’t spend 3 hours perfecting one performance).

Organic and live is my vibe - but maybe it’s not yours. Match your rules to your sound. If you’re aiming instead for tightness and utter perfection, you could quantize every note and every beat so that it falls exactly on the grid. Or you could decide to always record 20 rapid-fire takes, then choose your favorite or cobble together the best of each.

One of reasons “pro” musicians are so productive is that THEY HAVE NO CHOICE. People have a way of getting things done when their paycheck and livelihood is on the line. But what if you aren’t writing for a paycheck?

Give yourself a deadline anyway. Write as if your life and your paycheck depended on it.

For my EP, I gave myself a firm deadline of July 19th. The date wasn’t completely arbitrary; it was my Cake Day on Reddit (the one-year anniversary of joining the site), and figured that might lead to some extra visibility. But the date itself wasn’t that important - it was more about the fact that I had a specific target to aim for.

Make sure your deadline is realistic and doable. Yes, you could give yourself some insane goal like “write 10 tracks in 10 days,” but your end result would probably sound rushed and forced. I gave myself about 7 weeks to finish the project, then broke it down into some specific detailed goals for finishing the tracks, mixing them, putting them in order, and getting them mastered.

Also consider signing on to a project or collaboration, where you’ll let others down if you don’t deliver. The desire not to flake out can be a powerful motivator.

Was it a stressful week before the deadline? Yes, it was very goddamn stressful. There were a many late nights, and I often resorted to the strategic application of whiskey to silence my internal critic, who assured me that I was rushing things and that I’m a total hack.

By release day I was tired and burned out. But in the end, it worked. The EP was done. I’m happy with the results, my fans like it, and I’m proud of myself for actually doing what I set out to do.

So deadlines are wonderful for productivity and getting music out to the masses. From a creative standpoint, the best part about having a deadline is that you’re forced to live in the moment. Once you dial into a something you like - a bass tone, a melody, a 4-bar loop - you move on to the next thing and save the polishing for later. You don’t have time to endlessly tweak.

Try It. It Works.

Songwriters of all stripes can benefit from left-brain thinking. Imagine if Axl Rose had applied this rule to Chinese Democracy; we might’ve actually had a new GNR album 15 years ago.

Kent Barton - A.K.A - SEVEN7HWAVE - is a Denver-based producer and musician who lives at the intersection of Digital and Organic. His unique sound melds Cyberpunk and 8-bit influences with real-world instruments such as guitar, violin, and cello. Kent's weapon of choice is Ableton Live, which he uses both in the studio and on stage.