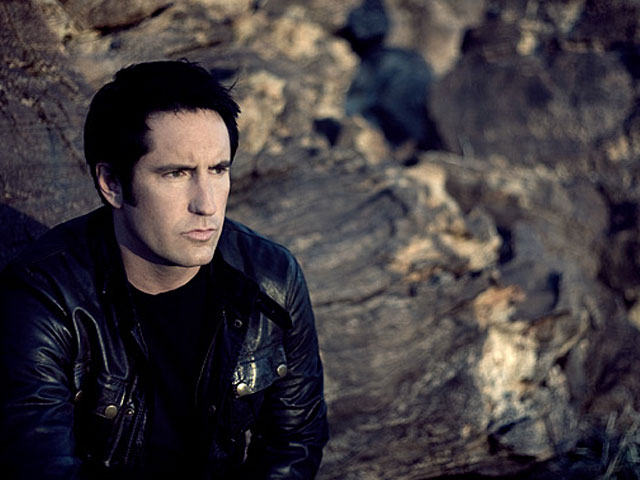 It's a whole new ballgame for Reznor and the crew. With a new record on the way and a tour sure to follow, the revolution is here.

If Tony Robbins' job is to be tall and encouraging, and Oprah's job is to be ubiquitous and fat, Trent Reznor's job, then, is surely to be edgy and pissed off. And nobody does it better. Nobody.

Those who love music's most bad-ass bad guy the way we do, can surely agree that we all come to worship at the alter of Trent via different paths. There are those who fell in love during Woodstock '94, and those who knew NIN before anyone else. There are those who were introduced to his unfailing musicality through the oscar-winning score he did for The Social Network, and those who will only listen to his solo stuff. But there is one thing on which we can all agree, we're all going to get ourselves a copy of of Hesitation Marks when it comes out on Columbia not too long from now.

So let's talk about this record, shall we? Trent is back with the band. And that includes Alan Moulder, who also co-produced The Downward Spiral. It also includes one of the universe's best bass players, Pino Paladino (for a preview, check out his work on D'Angelo's Voodoo), along with Fleetwood Mac guitarist Lindsay Buckingham. Yes, you read that right. It's one of those decisions that makes you think "what the fuck?" and "why didn't I think of that?" at the exact same time.

As eloquent as ever, Rezner, in a great SPIN interview worth reading, expands on his decision to get back in bed with a major label for this record and charge actual money for it this time. So sayeth The Rez: "I'm not saying offering things for free or pay-what-you-can is wrong. I'm saying my personal feeling is that my album's not a dime. It's not a buck. I made it as well as I could, and it costs 10 bucks, or go fuck yourself."

We're also fond of his take on social media. Apropos of nothing, Trent rants about his other reversed relationship, this one with Twitter, Tumblr, et al: "Oversharing feels vulgar to me now. I know we've been fooled into thinking it's okay to show dick pics and that the Kardashians' behavior is normal, but it's not. I've tuned out in the last couple years. Everybody's got a fucking opinion. It takes courage to put something out creatively into the world, and then to see it get trampled on by cunts? It's destructive."

Yup, that about says it all.