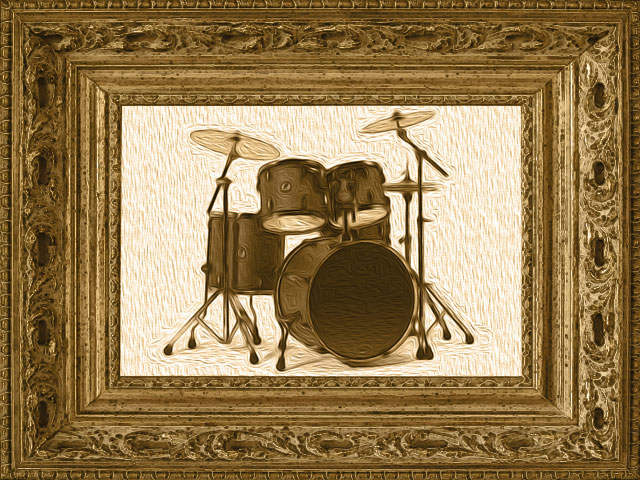 Parts 1 and 2 were about phase, compression and EQ for individual drums and mics. Now it’s time to step back and look at the whole thing.

Each element has now been treated. What’s next?

You’ll need to get the proper levels of the individual elements. Start with kick, then add snare and then toms, overheads, hi hat and room. For rock, it’s all about the kick and snare—make sure they aren’t shy.

Lots of people set up another stereo bus channel and send all or some of the elements to this channel in addition to sending out as it was (like a copy or mirror image). In this method you’ll really compress that bus/group channel and then blend it back into the overall drum mix. I don’t do this. I send all elements, except kick, to only a stereo bus channel and compress a little less than the other method (or use a tape saturation plug-in). I might also add some overall EQ on this drum bus/group.

One final thing is reverb. I generally only add a bit of verb to the kick and snare channels. What constitutes “enough” depends on individual taste as well as what kind of verb you use. Start light and then go bigger depending on the kind of sound you want.

You should now have a stereo mix of the drums. Tah dah!

A little trick of the trade.

I will often trigger the kick and snare which means I turn each hit into a midi note and then have that control a sampled drum sound. Lots of programs can do this conversion automatically. I don’t replace drums, I just add in the sampled sounds.

You’ll need to do the same for the snare. This can really be helpful in getting the drums to stay big in an aggressive full track. I will often have a drummer give me a few single hits on the kick and snare after we have a take of the track we’re recording. I’ll mix a snare hit with lots and lots of room. So essentially it’s a room mic without cymbals or other elements of the kit firing at the same time. I’ll turn that hit into a sample and then fire it off via midi. This gives me a ton of room sound and a big snare sound without cluttering up the mix or making it a cymbal-fest.