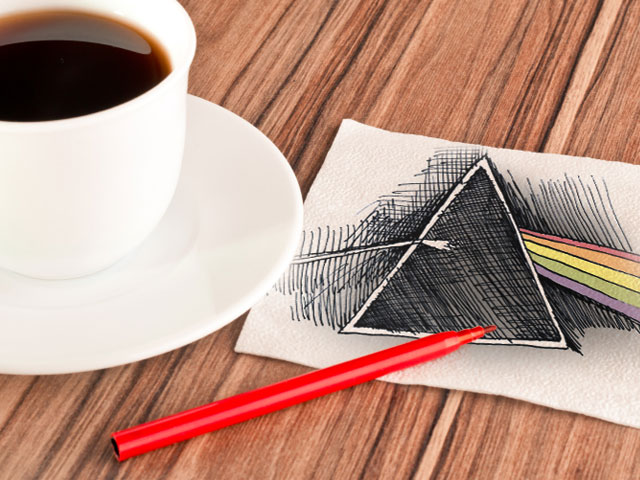 And now, the moment you've not been waiting for. A few people voted for some album covers that won't surprise you in the least. But that's par for the course, we guess.

And here's the greatest part: the masses click a little thumbs-up icon and suddenly the craziest shit rises to the top. All of a sudden it's bedlam with these incredibly obscure albums coming into focus, people discovering new music, a revolution that brings new life to a down trodden art form. We're saved!

And then reality sets in and we see that the top two album covers are by The Beatles. And then Pink Floyd. And then Zeppelin. And we suddently remember that there is nothing—and we mean nothing!— even remotely close to an original thought in anyone's mind anymore.

Was it like this back in the day? Was the Internet of 1873 awash with the same shit over and over again? Did everyone just phone it in by voting for the same damn album covers like Bach's Cello Suites and Caprice No. 24 in A minor by Paganini? Does anyone have an original thought? Ever?