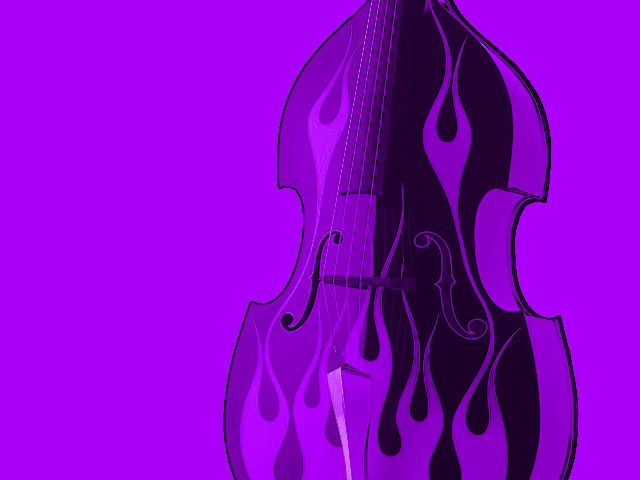 Getting a great sound out of acoustic instruments can be tricky, but it’s certainly not impossible. In Part 1, we start with the low end, looking at cello and bass.

Every acoustic instrument is different and has its own “sweet spot” – it’s your gig to find it! In this series I’m going to give you the boilerplate of mic'ing these very finicky and subtle things. You will no doubt find different places and positions to mic but this will give you a nice starting point.

A word or two on mics.

I usually prefer a pencil condenser mic. A large diaphragm condenser will also get it done. A dynamic mic is gonna give you a rough time for recording the important subtleties but it can also be a “vibey” sound. A ribbon is cool but generally is used as a supplemental mic, not primary but then again it can be an interesting sound. You can also use a room or ambient mic(s) along with close mics and blend it in to taste when you’re mixing.

If I can, I prefer two mics on upright. I listen for a sweet spot around the bridge and F hole. Once I’ve found a well balanced spot I’ll use a large condenser at that spot – generally at a 45 degree angle from the instrument, a foot out looking towards the spot between the top of the F hole and bridge.

Maximum low end is not the issue – you’ll usually have more than you’ll want. Look more for full and rich rather than boom. I’ll also use a pencil condenser mic on the neck, a half to 3/4 of the way up the neck, a foot off and looking toward the end of the fret board. This will give you definition and attack. You’ll need to flip the phase on one of the two mics.

You can also just use one mic. If I’m only using one mic, I’d move the bottom mic a little further up to where the instrument is plucked. In live situations I’ve also taken a dynamic mic and wrapped it in foam with only the capsule uncovered. I’ll stick that under the strings past the bridge looking up towards the bridge. This eliminates a ton of bleed from other instruments and will at least get you something usable. Cool if the instrument doesn’t have a DI or the DI sounds like crap, which most do on an upright.

When I mix, I’ll send the two mics (generally with the top mic being louder than the bottom mic) to a mono bus/group and compress and EQ that channel. Compression is just like an electric bass – slow attack, fast release, and 4:1 or 8:1 ratio.

For EQ I often put on a low pass filter and take away sub low stuff around 45Hz and below. I’ll also make sure the two mics balance so that there’s not too much string slap or fret noise. Unless you have huge speakers or a sub you won’t hear just how much of the very low end you have – just presume you have a ton and treat accordingly – it can mess a mix up quick.

Upright bass and cello are not that different when it comes to mic'ing. Sometimes I use two mics but usually I just use one large diaphragm condenser mic and try to really be specific where it’s placed according to how that individual instrument sounds.

Usually the mic is placed 2 to 3 feet away from the instrument at a 45 degree axis from straight on, looking more at the bridge than the F hole, and sometimes slightly above the bridge which will get more of the bow’s sound.

When mixing a cello, I compress slightly to even it out and EQ to give it air and a little more attack – 11K and 2 to 6 K range respectfully. Be careful on the low end – too much take away in the 200 Hz range and you can kill the body of the sound, so try a tighter Q when EQing in this range.