Me, Myself & My Theory of Friction 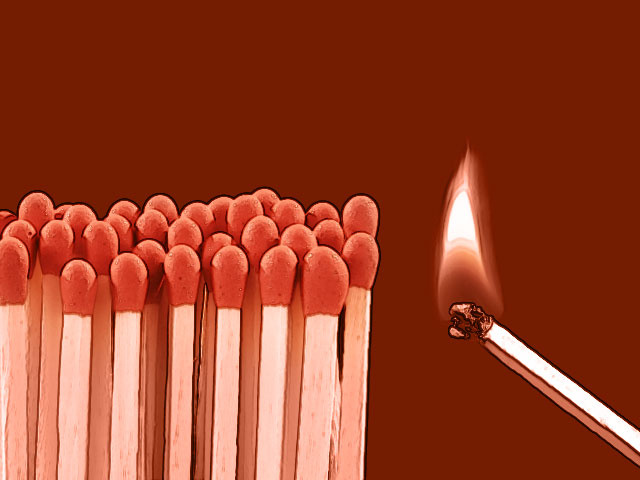 Engineer Jami McGraw looks at the state of art, recording and commerce in a day and age of disposable music.

So here I am. I’m sitting in traffic on the FDR, I’m late….again, but it’s of no mind, because as my left brain is driving, my right brain is rocking out on the steering wheel. Switching stations to catch my fix, (yes I still own a radio) I find myself irritated by the lack of appealing music… song after song that sounds exactly the same. What happened to music that had that ‘special something’, that raw appeal that captures you in the first millisecond of audition? Where was the friction I longed for? Friction? Yes, friction…

I arrived at a small club on Bleeker St. to be greeted by the lavish acoustic styling’s of a local singer/songwriter. Before I could even order my drink from the bartender, the hair rose on my neck from the richness of the sounds of the performer. There is just something about the raw sound of live music that I miss when listening to modern music.

Every now and then I catch a new song that has that ‘something’, but again, it is a rarity. Now to be clear, folks, I’m not referring to songwriting quality, or the musicality of the artist, but more to the sonic quality of the music. I found many years ago my civilian ears were lost somewhere between my exodus from a flying faders console to my DAW rack mount computer. What I am referring to here, peeps, what I long for and lament over, is friction.

By my definition, friction is the tension one experiences when listening to music; the subtle imperfections that combine to be greater than the whole.

If one were to listen to, say, a piece like Vivaldi’s Spring, you would hear the crescendos, the ritards, the allegros. You would hear the way the piece ebb’s and flows. There is a story being told, a feeling, a friction.

From a pop perspective, one might say that this is too complicated for the average listener, that the audience demands something simpler. It is often said that the format of modern music must take into account the decreasing attention span of the average listener. I don’t know about you, but that ideal not only insults my intelligence, but makes me feel angry towards the companies that are dumping this stuff out of their factories. The word format in any musical context makes me want to burn down buildings. I know I am not alone in this, so I ask friends, “Why do we put up with this shit?”

A view from the studio.

From an engineering standpoint, our listeners ears have been trained to listen to what they are being force fed. Everything is pitch fixed to perfection, every note exact. The drums, the rhythm all cut to a grid, quantized and chopped to exact perfection. Progressions are sampled on test groups to see what step-step-half-step arrangement makes people feel good. The A-B-A-B-C-B, less than three minute pop format has taken music hostage indefinitely. Songs are over compressed, and squashed down to fit in that perfect little box of industry standard sound.

Now, to be clear, I’m not trying to say that all of these technological advances in audio are bad. Certainly digital recording, the ability to get great sounds out of plugins and utilize editing tools, has taken engineering and production to a whole new level. My issue is that this technology is making artists, and we can tell.

While the bar gets raised on technological aids to embellish music and assist mediocre artists, the bar is being lowered on talent. Image is becoming the driving force in artist success. A talented producer/engineer can make even the worst singer sound great. And if we put the right person out front for the audience to see, if we put the proper wrapper around that can of muzak, suddenly it’s a hit.

So at what point do we draw the line? Who is to lead such a revolt? Do the listeners demand more? Do the engineers put their foot down and say, “We are getting off the auto-tune crack. No more will we over-compress our tracks!”

For many years now, we have been bullied by labels that tell us what we want to hear and how it should sound. It seems about time to break away from the latest fads inspired by control groups and fractals. We realize that most labels are clenching their proverbial butt cheeks, with one foot out the door and another on a banana peel, but do you really have to treat your artists like products at an Everything For A Dollar store?

Once upon a time, we would go to the record store and buy an album (Yes al-bum; noun; ˈal-bəm) of our favorite artist. We would rush home to listen to the entire record, while scouring the album cover for artwork and album credits and lyrics and thank-yous to the drummer's mom and Aunt Rita.

Years later we would go to this same store and buy the latest tape (Yes taaaape; noun; ˈtāp) from our favorite band. We would again rush home and put on side A, unfold the insert and look for lyrics, artwork and the mention of Aunt Rita. As side A completed, we would flip over to the B side, listen for a bit, and then maybe fast forward through the bogus filler tracks the band obviously put there to oblige the three album quota in their contract. Once again content, but a tad miffed that the $10 cassette with 10 songs really only had 7 good songs on it. So in theory, shouldn’t it have cost $7? But I digress.

So next trip, off we’d go to the same record store, buy a back patch for our denim jacket and some cone incense. But this time, we would buy the cassette single, because our favorite band’s last album wasn’t so great, and also because we had to have the black light poster of Tawny Kitaen slithering on a hotrod. We pay the cashier, rush home, put the single on, read quickly through the small insert in the cassette case, and then dial our best friend to tell them not to buy the single. “I’ll just make you a copy of the song with the new high-speed dubbing feature on my boom box(ˈbüm ˈbäks). And so we did, albeit 13 times in a row on the same cassette, but that's what real fans do, no?

Time passes, and we find ourselves at the same old record store, buying the latest CD of our new favorite band. We rush home, unfurl the CD jacket, look for Aunt Rita’s mention, and skip through tracks 1 through 5, looking for the highlights of the album. And, again, we call our friend to say, "I'll just burn you a copy of the good songs." This time, we burn the pseudo-mixtape cd with the best-of compilation of the last three CDs we bought, as they were simply ok. Unfortunately, that was $60 down the drain, and my buddy didn’t spend a dime. I just burned him a disk. Hmmm.

Ten years, and ten billion downloads, torrents and MP3s later, I find myself reflecting on the state of the music industry now, partly with a melancholy nostalgia for days passed, but also with a sense of disdain. The old saying, “You get what you pay for” applies here in so many ways.

Years later I went back to the old record store only to find that there was no longer a record store there. Instead I was greeted with a large sign that read, ‘Welcome to the Everything For A Dollar Superstore.