In Which The Author Endorses Pandora (For Now) 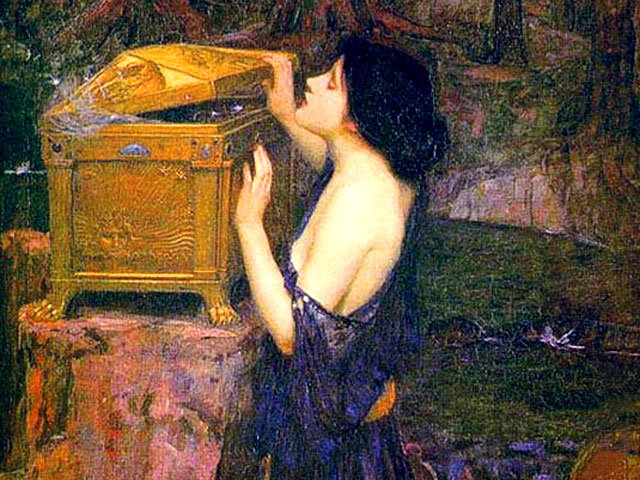 Internet radio's day in the sun has arrived. You pick your poison and enjoy a constant stream of the music you want to hear, not the music other people want you to listen to.

"How can you be a musician when you hate music?" Keith mockingly snarked at me after I again turned up my Adrien Brody-esque nose at a Lou Reed track I found particularly annoying. This after turning up that same nose at half a dozen other classic, critically acclaimed songs iTunes happened to feel like randomly playing one afternoon at Sessionville HQ, but that I simply was not in the mood for at the time.

This is an ongoing thing with me. I did indeed spend much of my adult life as a professional musician. I studied, I opened my mind, I saw the world and I came back with the same inescapable desire to listen to the same 10 records I always do.

I demand only to listen to a tightly woven catalog bearing such titles as Nightfly by Donald Fagan; Sheryl Crow's The Globe Sessions; Graceland, one of the greatest records ever made by the only worthwhile 50% of Simon and Garfunkle; the adult-contemporary-trope-that-dare-not-speak-it's-name, Ten Summoners Tales by Mr. Sting; and, of course, the greatest recording of all time, the album I want played at my funeral, Kind of Blue by the late, great Miles Davis.

I listen to these and half a dozen other seminal works in their entirety, from track one to the end, over and over and over again whenever my brain demands to be fed music that is at once as sophisticated as The French Laundry yet as comforting as McDonald's. I know every inch of them - the thump of every bass line, the timbre of every vocal performance, Miles' solo on So What - like the back of my very large hands.

Keith is right, of course. One must broaden one's horizons. And music, like all forms of art, is meant to progress lest it languish in a pool of its own obsolescence, condemned to a prison of dusty, music history tomes and 78 RPM vinyl. Further, the other half of my brain, the one that craves novelty, innovation and new information, understands inherently how valuable new music can be. It seeks out unique points of view and begs for a change.

So what's a guy to do? I don't necessarily know what I want to hear at the moment, I certainly don't have time to agonize over the decision, and my catalog, as previously admitted, is a tad thin.

Technology to the rescue.

After downloading and subesequently rejecting Spotify out of hand, I found my way to a source of music technology that everyone already knew about, forgot about, rediscovered, bought stock in post-IPO and then forgot about again: Pandora.

Unless you live in a cave on an island in the sea, you no doubt already understand the concept of Pandora. It's basically internet radio for those with ADHD. You pick a genre, artist or song, hit play and Pandora showers you with track after track of similar music. You can literally listen to it 24 hours a day, occasionally admonishing your digital overlord for a bad choice via the "next" button upon which it tacitly apologizes for its thoughtless transgression and moves on to the next song, making careful note to never again soil your delicate ears with such bourgeois drivel.

It took exactly one month for commerce to come into play. I, like everyone else on the planet, elected to try Pandora for free. My compact with the devil was a trade of endless free music in exchange for being slapped in the face by an ad for Lexus and/or Netflix every few songs. It also interrupted my subconscious revery more than a few times a day to literally ask me if I was still listening. I was.

Somewhere around day 10 I began to wonder how much it would cost to be rid of these distractions. It took me until day 15 to work up the enthusiasm to simply find out that the answer to my question was 36 dollars. But it wasn't until day 26 that I began to seriously consider investing in my musical peace of mind.

On or about the 30th day, my head became so saturated with the constant digital niggling of poorly constructed radio advertising and queries as to my continuing presence at the computer (where else would I be?) that I finally broke down. And in one fluid motion brought my credit card out of its hiding place, through the website and into the loving arms of Pandora's bank. It only occurred to me days later to imagine an evil man in a black hat, alternately rubbing his hands together and twirling a long, black mustache as he cackled at the collection of my 36 quid "right when we were expecting it".

Having studied, played, built and subsequently aborted a career in Jazz, I tend to find it particularly comforting. It calls back to simpler days when life was only about practicing my instrument, playing dark, smoky clubs and getting drunk. That and the fact that the kind of Jazz I listen to has no lyrical content to distract me from whatever I'm writing at the time is likely the reason I demand that Pandora deliver to me a steady diet of Coltrane, Getz and Hancock.

The fact that opening Pandora's box for a scant thirty six bones (annually) can deliver a never-ending cascade of high quality 'Bop at my every whim has solved one of my biggest problems - that of my obviously way-too-small iTunes library. Add to that the ability to trade Coltrane and Davis for Corea and Brecker with a mere flick of the wrist in those times when I need a little modernity in my instrumental white noise, and you've got the makings of a perfect aural pacifier.

Needless to say, Pandora is also always willing to supplant Ms. Crow and Mr. Sting whenever I ask. And though I usually don't do it at work, the good folks at Gimme Yer 36 Bucks, Inc. were nice enough to ensure that I could enjoy a decidedly more pop inspired catalog via my iPhone, iPad, Roku, and laptop. So when I'm in the mood for something closer to the music I write, and when the furious voice of Keith rings in my ears, demanding that I broaden my horizons lest I become old and dusty myself, musical salvation is always just a click away.

Back in the day, Keith and I developed an accord whereby either of us could rightfully veto any song that found its way to the speakers we shared. Of course, he never vetoed anything. And I vetoed everything.

Pandora has a veto button built right in. And as I mentioned, you need only click once to banish a song, not just from the current playlist, but from every one hence forth. And so you might be forgiven for assuming that I have damn near worn out that button. But through an odd turn of synapses and newly formed chemical compounds in my brain that I now refer to as The Pandora Effect, I hit the veto button almost never.

Lou Reed could push his way into my ears just before the Black Keys and after The Roots and I will not only let him play, I will actually listen deeply as I'm wont to do with my old standards, feeling the thump of the bass, the timbre of the vocals and whatever the equivalent to Miles' solo on So What would be in this case. And I enjoy it. A lot.