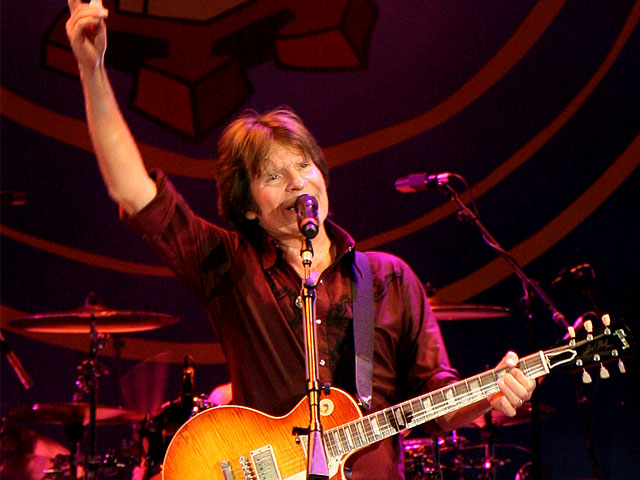 He's old, he's famous, he was in Creedence. What's left to do but put him in museum?

Well, here's something new: the Grammy Museum has decided to put Mr. Fogerty in a glass case and let you gawk at him and take pictures. Oh wait, not Mr. Fogerty himself, but a bunch of his stuff. And that's just as good, right?

Among the rock 'n roll detritus, the aforementioned baseball-bat-guitar-thing, his Dobro from the Green River cover, the scrapbook he kept while with Creedence Clearwater Revival (John Fogerty scrapbooked?), and some other stuff you may or may not find the least bit interesting.

For extra credit, John will actually make an appearance on September 26th at the museum. But either you have tickets and so you knew about it already, or you're just finding out about it now and are shit-out-of-luck because it's sold out.

It's worth mentioning a word or two about the new record, called Wrote A Song For Everyone (Vanguard Records), which is probably pretty good. Bob Clearmountain mixed the record which is saying something. And one of the tracks, "Fortunate Son" was recorded at Dave Grohl's 606 Studio on a Neve 8028. Yes, that Neve 8028.