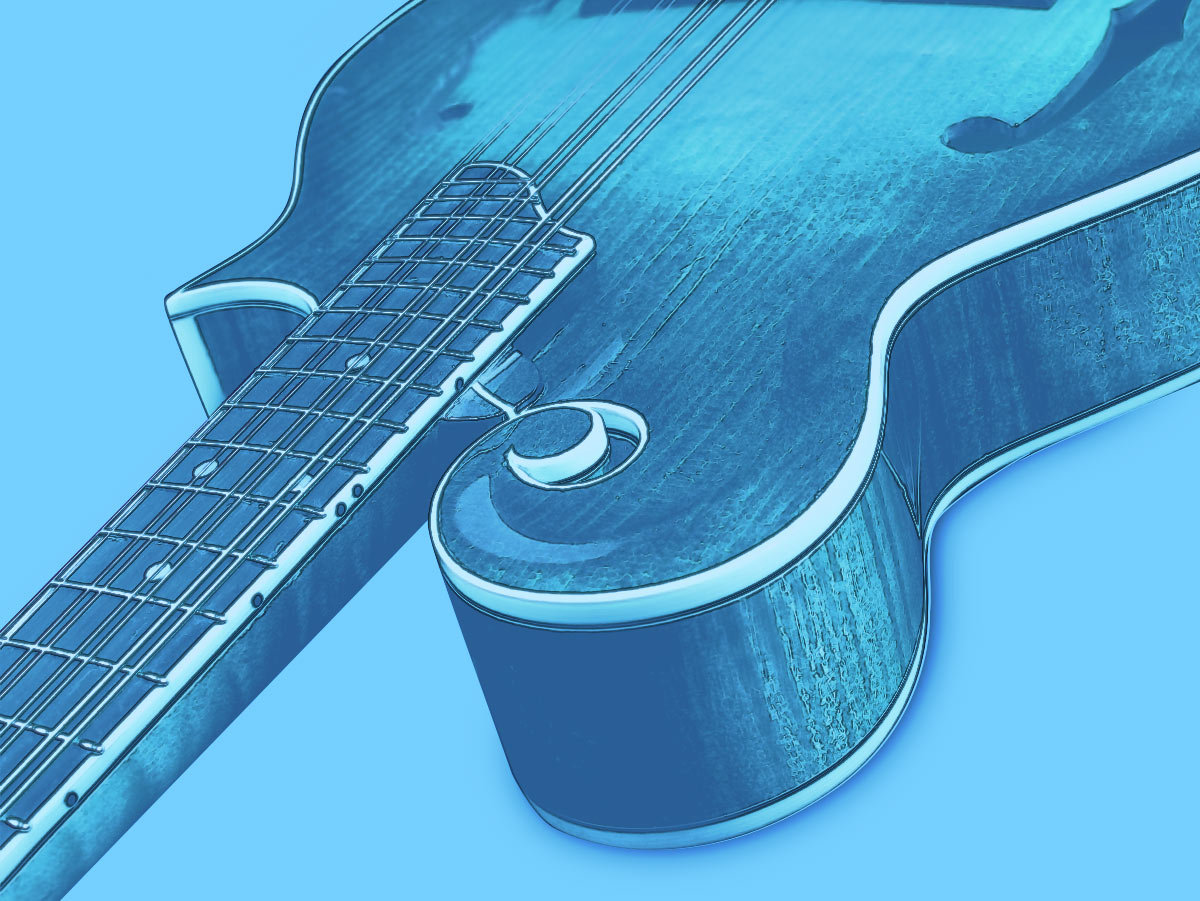 In the right hands, Mandolin can be a beautiful addition to your track. The right technique makes all the difference. So make sure you know the basics.

Mandolin is traditionally played with a flat pick. It can, however, be played very effectively with hard plastic thumb and fingerpicks, and it sounds absolutely beautiful! Though the techniques are similar to guitar finger picking techniques, they have remained virtually unused.

Mandolin players will find these techniques very useful for many background parts on songs and legitimate classical pieces as well.

A thumb pick and 1 or 2 finger picks

You have a choice of using a thumb pick with 1 or 2 finger picks, positioned on the index and middle finger(s). In beginning this technique I recommend two picks only, positioned on the thumb and index finger—it’s simpler, more straight ahead, and allows you the option of using your middle and ring fingers to pluck the other strings, either alternatively or simultaneously.

Slide the thumb pick on so that it’s far enough down the thumb to feel fairly stable and like it’s not going to come off (generally just beyond the bottom cuticle line of the nail).

Hold your thumb up and face it towards you. The performance edge of the pick should be at just about a perpendicular to your thumb. You may want to adjust the angle of the pick towards or away from you to catch the string fluidly. It’s not the edge of the pick, but the smooth surface just under it that makes contact with the string. Avoid using a thumb pick with a throw that is too long, as it will strike the string when you don’t want it to.

Next, slide the finger pick onto the index finger upside down so that the curved edge of the pick is facing you, then turn it in a slight counter clockwise motion so that when it strikes the string, it will do so full face on.

The strings of the mandolin are tuned to the notes:

The strings are numbered from bottom to top:

The thumb is designated with a “T”

…and the index finger is designated with a “F”. So, "T4" would be the thumb on the G string and F2 the finger on the A string.

The thumb moves in a downward direction and the index finger in an upward direction. The motion is an elliptical one in which they intersect each other in scissors fashion so that they don’t collide. The finger remains behind the thumb in order to accomplish this. The thumb strikes the string full on and the index finger should strike the string at a 45 degree angle.

Here is a finger picking diagram to get you started:

Take any basic chord—G major for example. Start slowly and make sure that your finger picking motions are not in the way of each other. Use a metronome to keep your finger picking pattern at a steady tempo. The notes from the thumb and finger should equal each other in volume and tone. Go for sustain and clarity. Try not to speed up until you have a handle on these basic skills.

When you feel you can roll through this first exercise with one chord, try this next exercise in various keys:

When you feel comfortable with this initial finger picking pattern, go ahead and try these:

When this pattern is sped up it should resemble a flamenco pattern as a classical guitarist might play it, with the E string acting as an upper pedal, or drone, for the lower strings.

The next finger picking concept is one in which both the thumb and index finger strike the same string in a rapid fire progression which can repeat twice, four times times, eight times, or indefinitely, spanning the length of a bar or more of whole notes, and creating a tremolo traditionally played with a flat pick.

With this style of doubling the note, you can play many types of single note passages and fill in the open spaces to create a pleasing wall of sound. Until you are comfortable with this style, simply try open strings as follows:

Remember that, since the mandolin consists of double strings in unison, the thumb is striking the bottom string and the finger is striking the top, even though the strings are sounding sympathetically with each other.

These 5 exercises should give you a good introduction to the possibilities available in flat picking the mandolin. Remember that this is an acquired skill that takes time to perfect. Also, remember that it is important to practice slowly and methodically, even if only for short periods of time.