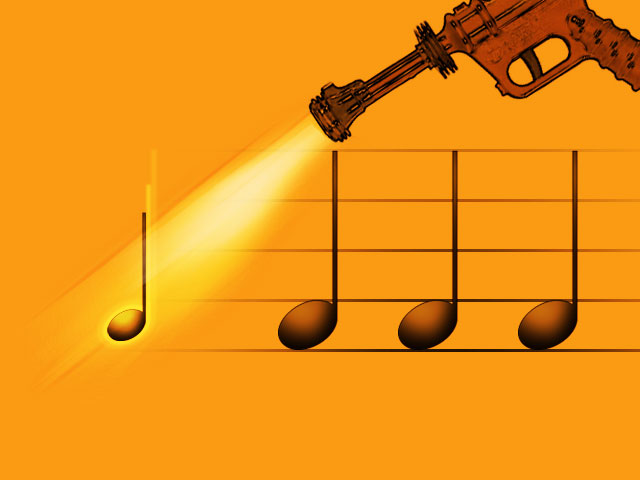 Curt Magura continues his look at the basic building blocks of music with diminished and augmented chords.

I said it last time and I am going to say it again. You have to know your scales!

If you are having trouble at this point, you might want to go back and review the first article one more time. Even though you don’t want to hear this part – you MUST know your scales. Not only for building chords, but knowing those pesky scales will reward you many times over as you continue your musical journey. Once you are comfortable working out the notes in the various Major scales and have both the Major and Minor chords down, you are ready to move on to building even more new chords.

Now, let’s meet the Augmented and Diminished chords. Just like the Major and Minor chords there are a couple of simple rules that you can use to find the notes to build either chord.

Let’s go back and refer to the C Major scale example above. Recall that to make a Major chord you simply play the 1st, 3rd and 5th note of the scale. That works out to be C-E-G.

The rule for the augmented chord is 1-3-sharp 5. Using the C scale, that the gives us the notes C-E-G#. Really not much harder than the basic Major chord is it? And all this time you were afraid of those black notes!

This time try it for the G Augmented Chord. Remember to work out the G Major scale using your intervals and refer back to it to find the correct notes to make an augmented chord (1-3 and 5#). You should come up with G-B-D#. Great, you did it!

Now, let’s try one more. This time let’s work with the F scale. No cheating - Don’t look ahead! Did you come up with F-A-C#? If you did, you are ready to move on to Diminished chords.

At this point, you can play all your Major chords, Minor chords and the Augmented versions. Now it’s time to work on the Diminished chords.

Just as in the previous examples, the rule is very simple. This time the rule is 1-3-flat 5. Just like the Major, Minor and Augmented chords, you can refer back to your scales and Intervals to help work out the actual notes.

For starters, let’s look at the C Diminished chord. Remember, the rule is 1-flat 3-flat 5 so that would be C, Eb and Gb. How did we get that again? The first note of the C Major scale = C. The third note of the C Major scale = E but we need to flat the third, so it becomes E-flat, and finally the fifth note is G. We need to flat that, so it becomes a G-Flat.

Next, we did a quick review of the major chords and an easy way to form any major chord. Simply follow the 1-3-5 rule. Go back and work on those scales and the note numbers. Apply those to find the notes you need to form that major chord.

Next – The Augmented chord. Remember this simple rule. 1-3-sharp 5. And finally the Diminished chord. This time the rule is 1-flat 3- flat 5

Now - Play, practice and most of all – Have Fun!