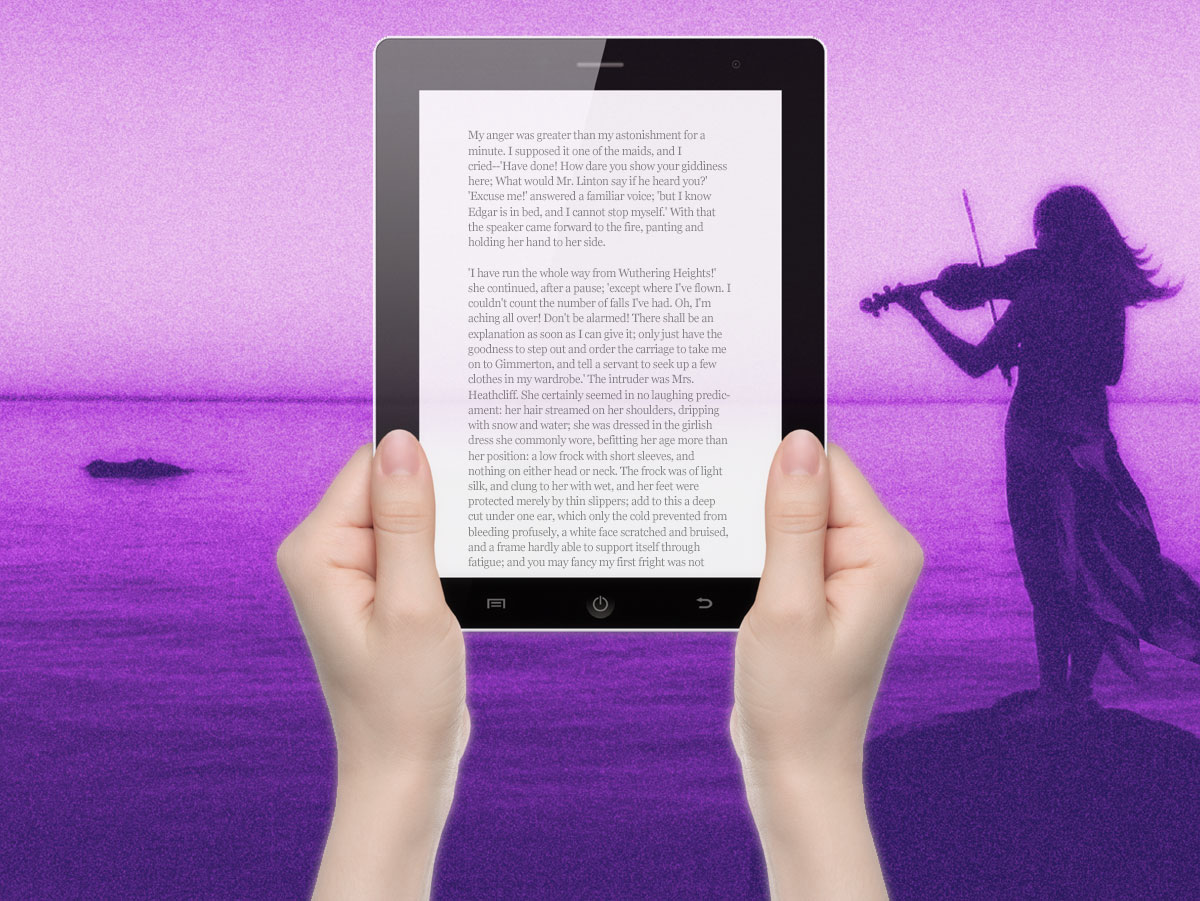 Just when you thought you'd seen it all, along comes Booktrack.com. Like to listen to music while you read? How about an original score?

The book publishing world is enjoying a fair bit of disarray at the moment. The rise of eBooks that everyone hates (but reads anyway), the closing of bookstores that everyone protests (while shopping on Amazon), and the general grumbling that happens when a long established industry has to change.

Now, there are usually two reactions to this: one is to recoil in horror, and the other is to put on some headphones and jump straight in.

What does this have to do with music technology, I hear you ask? We've got enough turmoil of our own surely.

Well a couple of weeks ago I read an article in the Guardian (online of course, not on that paper stuff) by Andrew Motion about a new publishing phenomenon called Booktrack.

“Soundtracks for books” is the tagline, and the basic idea is that you take an eBook and slap on a musical score and sound effects track which follows along as you read.

Now, there are usually two reactions to this: one is to recoil in horror, and the other is to put on some headphones and jump straight in. A quick google search will reveal divided opinions on the concept, but I'm not going to worry about that. What interests me is there are shed loads of books out there and someone is going to have to write a lot of music to go with them. And that sounds like my dream occupation.

So how does it work?

Booktrack are currently offering their own bookshelf software app which you can run on all the usual handheld devices, but also includes regular Mac and PC’s which you can download from booktrack.com.

There’s only a small collection of books so far—a handful of free classics and some previews of Booktrack books you can buy so you can jump right in and try it out. The soundtrack is in three parts: music, effects and ambient sound, and each one's volume can be adjusted independently. 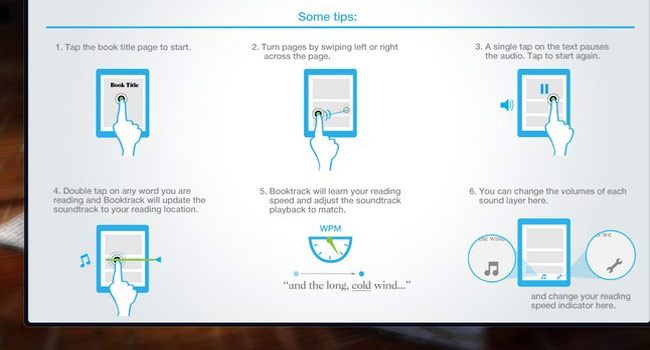 Booktrack has some interesting technology that makes listening to the soundtrack while you read easier than you'd think.

Once downloaded, you open and read it like any other ebook, except you now have a full orchestral backing. It’s difficult to explain the experience—and I can understand where the love/hate thing comes into play—but I totally get it. It’s at its best on a handheld device, plugged into headphones, commuting or on a journey where the immersive nature of it just pushes the rest of the world away.

For me, I found the effects and background music really exciting. It pushed me on through the story so that just trying it out for a few minutes turned into half an hour very quickly, completely engrossed in The Adventures of Sherlock Holmes.

Having never read any Arthur Conan Doyle before, it’s funny how close the TV Sherlock is to the sense of the text. They use some clever technology to keep the soundtrack paced to your reading speed—page turning is probably a big clue—but after a few turns it’s pretty much spot on. You can have an arrow moving down the side to represent where the music is, or an underline which darts under the words, both of which can be turned off as it could be a bit distracting, although I found it encouraged me to keep going deeper into the story. 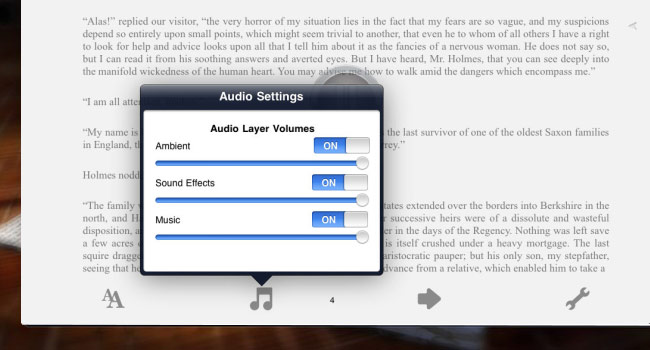 In addition to the standard eBook controls you've come to expect, you can mix your ambient, sound effects and music levels individually.

At the moment, the first releases are by big name authors and they are accompanied by some big name music production: Salman Rushdie has just released In the South accompanied by the New Zealand Symphony Orchestra, produced by Peter Jackson’s Park Road Post studios.

That’s all very well for massive-selling authors, but second tier or lesser known authors are unlikely to be able to invest in the hiring of orchestras. Also, currently most of the soundtracks are similar—they are all orchestral—using similar cinematic devices to increase tension and drama. So if this is successful there’s going to be scope for a lot of composers and sound designers to get involved, and an opportunity to stand out creatively—like Daft Punk and Trent Reznor have recently in the cinema.

Here's what happens next.

Rumours abound that Booktrack will soon release the development software to enable composers and authors to create their own Booktracks to be sold through the store. It’s an interesting concept and it raises questions like, How much music do you need for a whole book? How do you get in touch with authors? How am I going to get paid?

You probably have to assume a royalty based scheme—split proceeds from sales—which means that you're in for an awful lot of creative work before you see a penny. But then, what’s new?

So, yeah, try it out. If you normally read in silence then you're probably going to hate it, but if you often have music on when you read or fancy something a bit immersive then give it a go.