Are Two Hard Drives Better Than One For Audio? 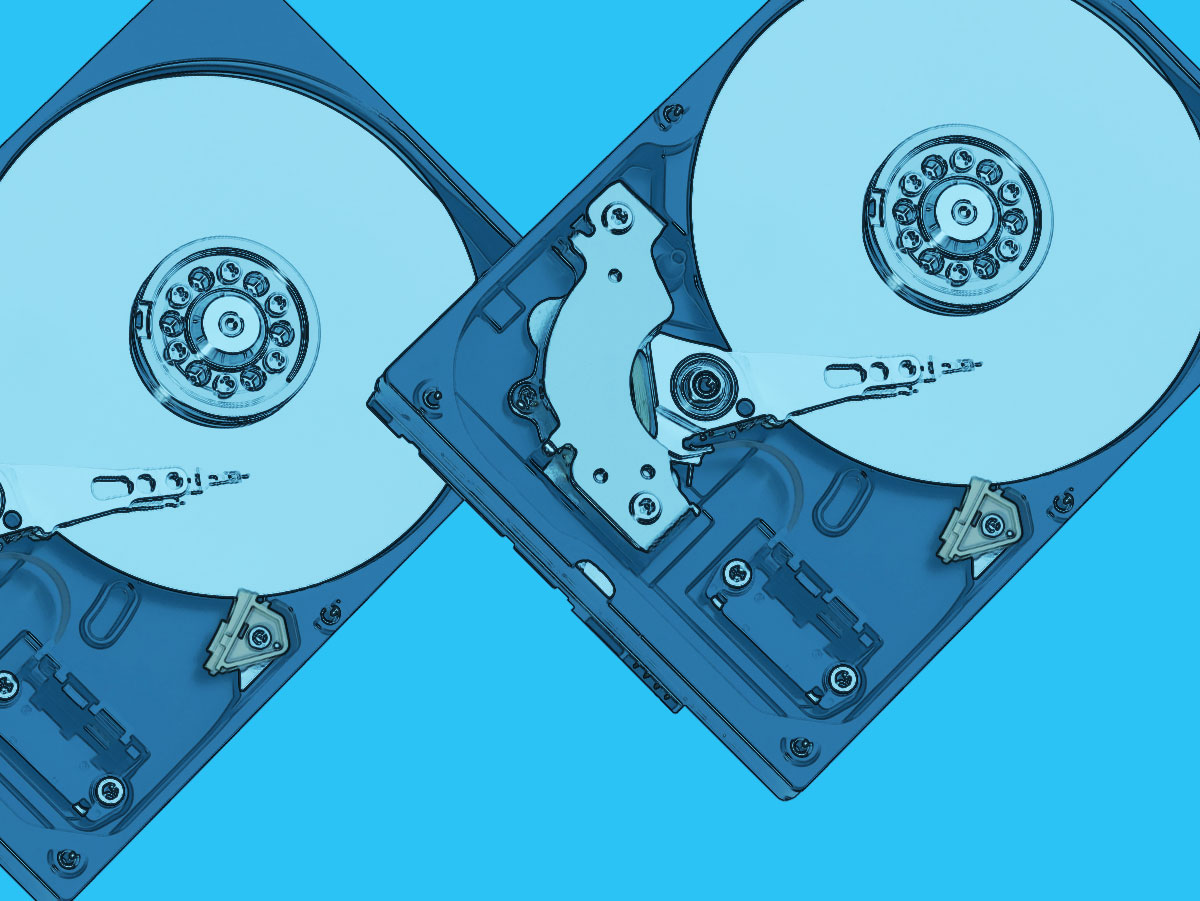 Got extra space in that computer of yours? Having a second hard drive is a good idea for recording and editing audio.

Hard drive sizes are huge these days and amazing value for money. A single 1 terabyte SATA III hard drive can hold your entire operating system and leave you space for months of recording at CD quality. Who would need another drive? Are there any advantages to having separate drives for audio and video recording?

Physical space has ceased to be an issue and, even in terms of performance, you'll be hard pushed to measure a difference in audio track count between a single OS/audio drive and a dedicated audio drive. However, there are some key advantages to having separate OS and audio drives that might not be immediately apparent.

Computer performance, under normal usage, deteriorates over time. As programs are installed and uninstalled; data created, moved and deleted; files downloaded; photos captured; the data on your hard drive becomes less orderly. It fragments, and files from one application that should be together, find themselves scattered across the drive making the drive heads work harder to read the data. This fragmentation can slow down program loading times and possibly interrupt data or audio streaming.

There are some key advantages...that might not be immediately apparent.

Imagine working on a music project and you record a number of audio tracks on a weekend. During the week you do other things—email, letters, games—and then, when the weekend comes around again, you record more tracks to the same project.

On a single drive, your audio data will be surrounded and split up by other data which will reduce the efficiency of their playback. This sort of deterioration happens slowly, over a long period of time, but your system is gradually clogging up. This can be helped by regularly defragmenting your hard drive. But recording your audio on a separate drive means it will always be free from fragments of other non-audio data.

The OS drive is stuffed full of files and folders. From a purely organizational point of view, it makes sense to keep your recordings separate. Having a separate drive for audio means you will always know where your data is and reduces the possibility of accidental deletion that we all go through.

Hard drives come with long warranties these days but drive failure is still a possibility. More likely, perhaps, is the threat from viruses or other internet nasties that can upset or even destroy your system. If your OS drive finds itself wiped or fails to boot, how gutted will you be if it also contains all your project data?

Backing up is, of course, the correct thing to do, but having your audio data on a second hard drive greatly improves its defence against malicious attack and hardware failure. It's also far easier to backup your OS and audio separately. A small backup of your OS drive could take as little as ten minutes to restore. Whereas gigabytes or terabytes of audio can take a very long time.

One other consideration is the added performance of a RAID-0 configuration. This uses two drives together as a single drive, benefiting from being able to move twice as much data than one drive by itself.

In reality, this equates to a track count increase of about 30-40%, and can also help with sample streaming. Using two drives does increase the risk of drive failure because if one of the drives fails all the data is lost. However, this is still unlikely and you just need to ensure you have a regular backup routine. 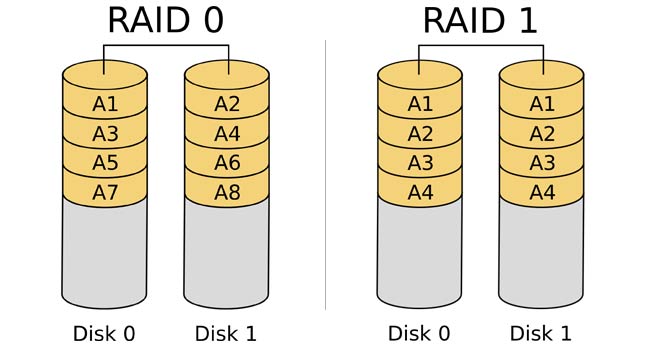 RAID stands for Redundant Array of Independent Disks. What it really does is combine two or more hard drives, either to increase performance or create duplicate content in real time, which comes in handy if one of the drives goes bad.

There are quite a few versions of RAID, but the two most common to digital audio production are RAID 0 and RAID 1. If you're looking for more performance, RAID 0 is the way you want to go. It writes half the data to each drive at exactly the same time. That means it ends up happening twice as fast.

RAID 1, on the other hand, writes all the data to both drives simultaneously. And, while that slows things down (which is not great for audio production), it does make a copy of everything you're doing. So if little Timmy sets fire to one of your drives, at least you know you have a copy of all your data on the other one. 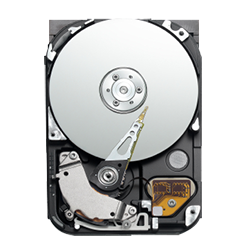 Do you need RAID?

Probably not. RAID 0 used to be really important back in the day when hard drives were kinda slow, had a small cache and couldn't provide the performance necessary for pro audio production. These days, drives are big, fast and cheap.

As for RAID 1, most people don't do that either anymore. Drives are a lot more reliable. And backing up—something you should always do!—is not just easier, it's almost always automated.

…having a separate drive for your audio data makes a lot of sense. It provides enhanced performance, it's easier to find, easier to backup, easier to maintain and is less prone to fragmentation. And anything about computers that is "easier" is a really good thing.