5 Ways To Get More Music Placements In TV and Film 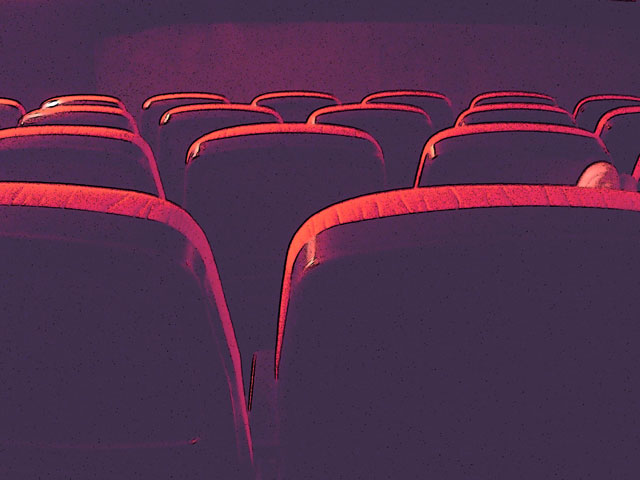 Composer David Whiteside offers advice for musicians looking to license their music for TV and film.

The recent proliferation of new cable channels worldwide has provided more music placement opportunities in film and television than ever before. In many respects, that is a good thing for us music producers and composers, whom this article is primarily targeting. Still, competition for placing music remains extremely fierce. Of course the numbers game is simple: more placements = more money; and here are 5 things you can do to improve your odds.

There is an art to crafting music that will get regular placements, especially in television. It’s not about creating the most killer music ever written, although of course that certainly helps; it’s more about creating music that can actually be used with picture. What do I mean by that? Music that gets licensed a lot in television has certain characteristics that make it usable and easy to work with. For example, instrumentals that have a quick intro, like a one bar syncopated riff or a simple anacrusis, will get used more often than tracks with even the most epic intro build ever created, simply because quick strike intros are easier for film editors to use. Melodic activity is another example, where a piece of music with an overactive melody, or even sometimes any melody at all, will get little use if it interferes with dialogue or distracts from the focus of a scene. Similar principles apply to song writing for film and television licensing, especially when it comes to subject matter. Downer songs about life’s struggles will get very little use. Fun positive energetic songs get more repeat placements.

When sitting down to create music for television and film, keeping in mind what has the potential to get used may not be what is in your heart, but it may yield a better financial return for you.

Now I’m not saying “copy” current chart topping music, that’s bad. I am suggesting however, that successfully writing music in similar styles and character of popular songs that are charting will significantly improve your odds with landing placements. Why is this? For one, music supervisors often do not have the budget to license current big hits, so instead they look for songs with similar character written and produced by independent artists. Another important reason is that often times television-show editors are responsible for finding either final or temporary music for the scene(s) they are working on. This is true especially in the reality TV production world. To find this music they normally rely on extremely large music libraries, which have a secured contract with the show’s production company. To navigate these gigantic music libraries, video editors use search features provided by the licensing company to hunt through the database of music, often times using keywords of current popular artists.

3 Create multiple versions of your music.

For songs, in order to pitch your music, most music libraries and music sups will require that you provide a full mix, clean version (without swear words), acapella version and an instrumental version. Beyond that, especially with instrumentals, providing the following variations will greatly enhance your music’s versatility and usability: no-drum mix, mix without melody lead lines, drums only, 30 second version and quick intro (if the track as a long intro). Providing multiple versions of your material will make life easier for film editors, and that is always a good thing!

This should almost be rule number one. Being a likable person, becoming friends with the decisions makers whether it’s a film editor, music supervisor, show producer or director will yield greater returns on your music usage than almost anything else you can do. Of course most of us music makers want to spend our time doing what we love (creating music), and the notion of going out regularly to seek out these relationships can almost be a full time job in itself.

If you find that you do not have the ability to establish these relationships, whether because of geographic reasons, time issues or maybe it’s just not in your personality, at the very least be sure to establish a good relationship with the music libraries who are shopping your music. Music libraries are successful, not necessarily because on the content of their catalog, but because of the relationships they maintain with those who decide what music gets used. Most music libraries have on-line submissions tools, and if they like your music and feel they can place it, they will take it. So getting into a library these days is relatively easy.

But rather than just being another music producer, composer or songwriter lost in the vast catalog vaults, you can separate yourself by calling up your licensing company and having a chat to find out what YOU can do to make life easier for them. They will greatly appreciate it if you’re willing to crank out a piece of music that fills a deficit they may have. And when they do land your music in a show or movie, don’t be afraid to send your library contact a thank you letter, or even better a gift to show your appreciation.

Like any other industry, if people like you, they will want to help you. Just remember to walk a fine line and not be overly pesky. Don’t bug your library with questions like “when do I get paid?” or “any luck lately pitching my music?” Libraries want to focus their energy on working their contacts to get placements (i.e. making money), not spend time fielding questions from their music providers.

The phenomenon known as the Pareto Principle (Google it!) manifests itself in almost every economic model. It states that approximately 80% of the effects of one’s effort comes from approximately 20% of the cause. Examples of this would be: 80% of a business’s sales come from 20% of their products, or 80% of a country’s wealth is owned by 20% of that country’s population (often regardless of the country’s political or economic system in place). Companies use this model often to assess product viability. Of course this ratio can vary (10%-90%, 25%-75%, etc.), but the 80 / 20 ratio is the most common.

Now, how does this apply to you and your music? If you are making money with your music catalog through licensing, chances are, like most other economic models, 20% of your work is accounting for 80% of your revenue. Awareness of this principle in relation to your catalog allows you to focus more productively on where and how your music is being used. Perhaps 20% of the licensing companies you work with are generating 80% of your royalties; well then it would be wise to get that 20% more music, right?

Or perhaps around 20% of the music in your catalog is accounting for 80% of your placements; then it would be wise to create more music in the style(s) of that 20%. Mind you, this principle is not stagnant. While new styles of music emerge, and as you forge new relationships for placement opportunities, you will find that new and different factors begin accounting for the 20% of your efforts that generate 80% of your income. So, it is important to regularly assess both your catalog and where your opportunities are coming from, in order to effectively focus your energy in a productive direction!

I hope this advice will help you land more placements. With the right mindset, music licensing can be a lucrative and rewarding stream of income!

David Whiteside has had thousands of music placements in film and television, including feature films such as Universal Picture’s American Reunion, as well as major sporting events like the 2011 MLB World Series. David is also a co-founder of P5audio.com, the world-wide leading provider of royalty free Hip Hop Loops and sample packs for EDM, RnB, Rock and Pop producers.