5 Tips To Turn Your Band Into Twitter Rock Stars 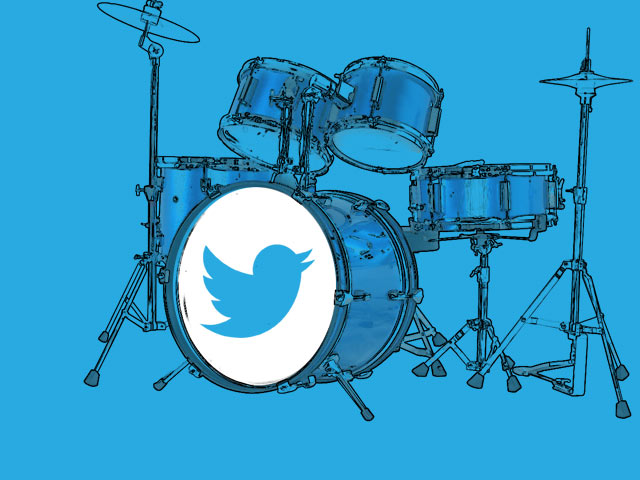 Twitter is a great tool to reach your audience and connect with new fans. With just a few easy guidelines your band will have a powerful broadcast medium to get the word out.

You’ve tried to fight it. You said you don’t get it and will never join. “Why would anyone want to read about what you had for lunch?” you are heard to occasionally utter to your bandmates.

OK. Fine. You hate Twitter and don’t get the appeal. Here’s the thing: At last count, Twitter is on track to surpass 500 million users this year. Yeah, that’s well beyond the reach a local Bon Jovi cover band from New Jersey could normally ever hope for, right? There you go: a reason to be on Twitter. You just need some good guidelines to keep you on course and you’ll be pulling in new fans from all over the world in no time. You might even grow to love it.

This is important. A lot of times a band member will be active on Twitter here and there, and try in earnest to keep up with promoting the band; where they’re playing next, how to buy tee shirts, etc. That’s not good enough. The band as a whole needs to commit to this as a way to promote the band and build a following. That means everyone should consider getting their own accounts in addition to the main band account. Which leads to number 2...

This is not to say you shouldn’t be yourself, but each band member should inject his own unique view and personality into their Twitter streams. Four guys all tweeting “Come to our show this Friday” is gonna get old real quick. No one will care. And none of you will gain a following because that’s not interesting. So if your drummer is into cars, then he tweets photos from the car show he’s at, or a photo of his speeding ticket. If he’s channeling Keith Moon one day, then perhaps a video clip of him driving a Rolls into a swimming pool. The point is, let your fans in and help them relate to you. If each band member has topics that stand apart from one another, then your fans have a reason to follow each of you. And that’s a greater opportunity to connect with them.

3 Automatic for the Tweeple.

Resist all urges to connect your Twitter account to Facebook and just call it a day. That’s lazy and a waste of prime promotional power (We’ll talk about Facebook another day - it’s a whole different animal). Instead, sign up for Hootsuite or Buffer and hook your bandmates up with logins so everyone can schedule and manage their Twitter accounts from one central place. Download the apps for your phones too.

Scheduling your tweets will be a must to ensure you always stay on your followers’ radar. A couple tweets a day at minimum. A couple every few hours is even better. Just keep checking in daily to thank people for retweets and reply to people who message you. Keep the conversation fresh. Remember, you never know what connections you'll make so stay present.

Yeah, harsh but sorta true. Unless you’re Justin Bieber or the Pope, you gotta follow people to get followed. Follow a few hundred people that seem cool at first to get things going. You can check out the followers of people you admire and respect to get some clues of who to follow. As you build a following you’ll want to also pick people who live in your area. Perhaps the clubs you play have a Twitter account. You should follow them and some of their followers. A good mix of local people and everyone else will help when you do have a show to promote.

5 Tell your fans about it, and keep them coming back.

Finally, remember to announce your band’s main Twitter account at every show and link to it on your website, Facebook page - Heck, tattoo it on your forehead. Run contests at your shows where people have to retweet you for a chance to win. Tweet photos from rehearsal. Offer cool links to videos and things that interest you. Things like that. Get creative and always have fun. But never forget the most valuable thing about Twitter: community. Retweet others generously, get into cool conversations with others; share and share alike. You'll be surprised who is out there listening. The world is truly your stage.

And with that, you’re well on your way to becoming Twitter Rock Stars.