How To Get A Good Sound On Someone Else’s Amp 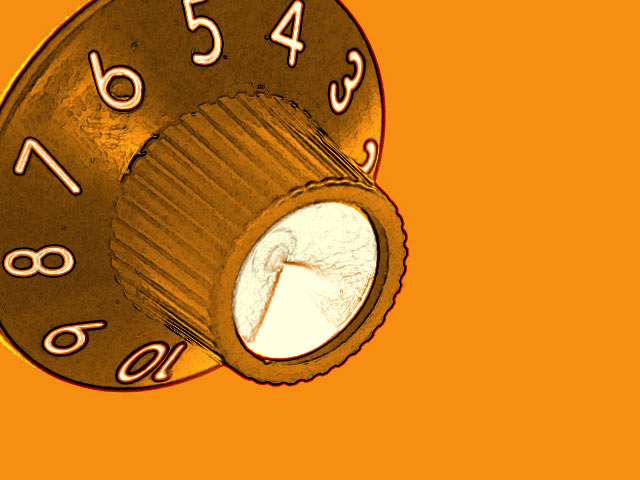 If you live and play in a big city like I do (NYC baby!), you’re already used to the fact that most clubs really prefer you don’t clog up their limited space with your new Marshall stack. In fact, they more or less demand you use the backline they went and spent a big ‘ol pile of money on.

This actually has the benefit of moving things along nicely between sets. It also means that the sound guy knows how to mic and EQ without having to reinvent the wheel every 45 minutes.

But it also means that you have jump on stage, usually with very little time to set up, and plug into a pile of strange gear. So on top of everything else you have to think about, you can add getting a halfway-decent sound in 2 minutes or less before the set starts.

Thus, a handful of tricks for getting a decent sound on a strange amp:

1 Set it flat and start from scratch.

There’s no point trying to intuit all the crazy controls you’ve never tried before. So don’t. Grab all the EQ elements, built-in effects and gain controls and set them flat or off. The trick here is to figure out what the amp sounds like itself (case, speaker, tubes, etc) with nothing but your instrument. Once you know that, it’ll be a lot easier to figure out what’s missing and make it happen.

Once you figure out if the combination of your instrument and this amp has got too much or not enough of something (i.e it’s too boomy or it sounds like you’re playing through a can of tomato soup), start by using the onboard controls to correct a very small amount at a time. Your best bet here is to go for the natural sound of your instrument. Figure out what’s lacking and start dialing in your sound little by little. Most of these controls are pretty sensitive so just give the knob a tiny twist and then stand back and listen. Trust your ears, they’re the same wherever you go.

Face it, this may not be the best time to experiment with a bold new sound. It can be tempting to turn every knob and try all sorts of emulation and effects but making a big change a few seconds before the downbeat of the first song rarely works out for anyone. Instead, use your limited time to get an all-around good sound, something that’ll survive through all your songs. If effects are what you need, bring them with you. Plugging in your own pedals is not frowned upon by management the same way lugging a whole other amp on stage is. So take the opportunity to use the sounds you already know.