What To Do When You Break A String On Stage 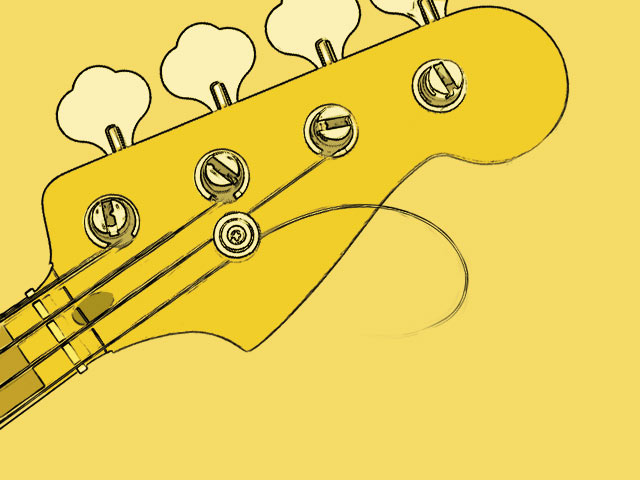 We’ve all been there. It happens at the worst possible time, busts your vibe and looks incredibly un-rockstar. What you do once you hear that ping will define the rest of your performance.

It happens to the best of us. You’ve got your head back, your eyes closed and you’re sweating like a 16 year old girl taking a drivers test. And just when you come up to the really awesome Eddie Van Halen-esque climax to your solo, you hear that dreaded ping as the stainless steel core of your super-cool designer roundwounds shreds right on top of the bridge saddle and the glory you were about to feel as the audience erupted in applause and delight gives way to your mad scurrying around the stage looking for a string winder.

It’s worth mentioning right off the bat that there is absolutely no way to look cool at this point. Any way you slice it, your gear just failed in front of everyone. And no matter who they are, from the sound guy to the bartender to the drummer to your most dedicated fan, is going to be taken out of that sublime moment and back into reality. It’s like accidently walking in on your mother while she’s trying on jeans. There’s no way to avoid the speed bump that’s going to cause.

But take heart: all is not lost. How you handle this situation will define you as a pro or someone with no business being on that stage. Behold, a step-by-step survival guide:

If all goes according to plan, you’ll be able to play it off like one of those things that just happens to rock stars. By the beginning of the next song, all will be forgotten and hopefully your strings will hold up for the rest of the set. To make sure that happens, check out this article on How To Prevent Your Strings From Breaking On Stage.