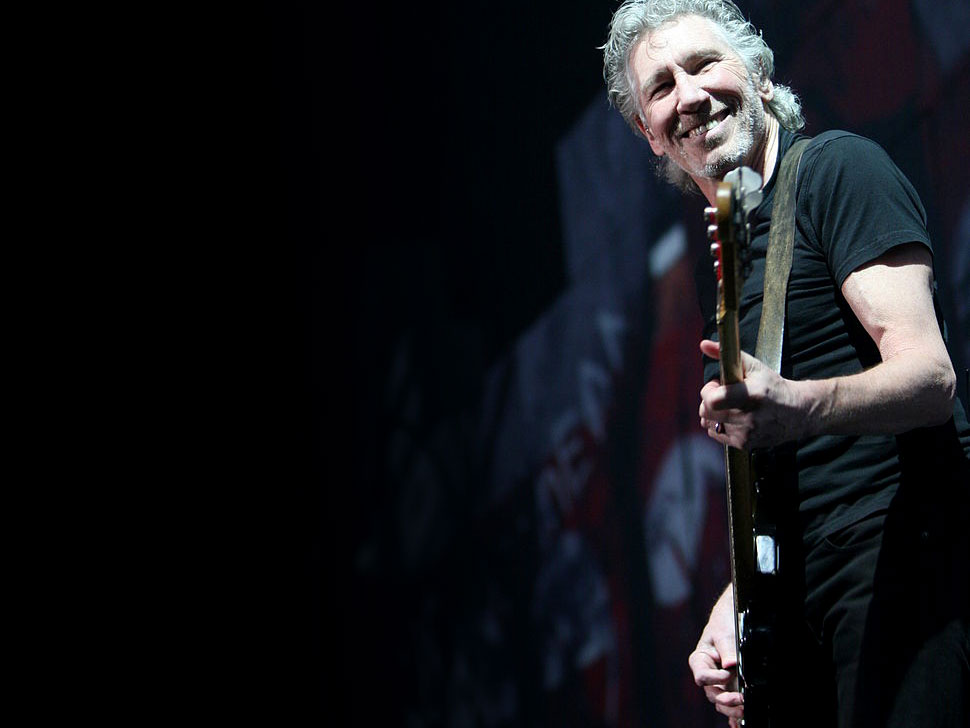 The tour is done, the stick up his arse is gone, and a new record is in the works. It's time for Mr. Waters' second act.

Breaking up a band is never pretty, even in the best of circumstances. So it will come as no surprise that Roger Waters' exit from Pink Floyd in 1985 was, shall we say, acrimonious at best.

Oh yes, there were lawyers. Even the lawyers had lawyers. Waters sued to prevent PF alumni David Gilmour, Nick Mason, and Richard Wright from using the name. He threatened to sue concert promoters. Waters became so litigious, in fact, that scientists now believe he created a rift in the space-time continuum and spawned the woman who sued McDonald's when she spilled coffee on herself.

But Roger is feeling much better now. So much so that he has apologized profusely, admitted the err of his ways and set out to record the follow up to 1992's Amused To Death.

Said the ex-Floyd, "I’ve had a very very strong idea, and I shall pursue it, and I will make at least one more record and I am really looking forward to getting my teeth stuck into it.”

Let's hope he's able to get his teeth out afterwards.

Ok, let's be honest. The whole legal thing is much more interesting than the new record. That's why MTV threw out all their music in favor of reality shows where people just bitch at each other. So how about another quote from the man of the hour. This one's good:

“I did, I did think that was wrong, and I was wrong!… Of course I was. Who cares? It was a commercial decision and in fact it’s one of the few times that the legal profession has taught me something. Because when I went to these chaps and said ‘listen we’re broke, this isn’t Pink Floyd anymore’, they went ‘what do you mean? That’s irrelevant, it is a label and it has commercial value, you can’t say it’s going to cease to exist, you obviously haven’t looked back to Runnymede, you obviously don’t understand English jurisprudence…It’s not about what you think, it’s about…it’s what it is’….The law is everything what we have, that’s what the Wall is about.”

It's nice, right? Like stream-of-consciousness spoken-word at a Bowery poetry slam on a hot summer night. You're not sure if you understand but you sort of get the point and, what the hell, you're half in the bag anyway.

Speaking of spoken-word, you can catch the full Roger Waters interview on a rerun of BBC HARDtalk.

Source: Consequence of Sound (CoS)