On The Intelligence Of Musicians 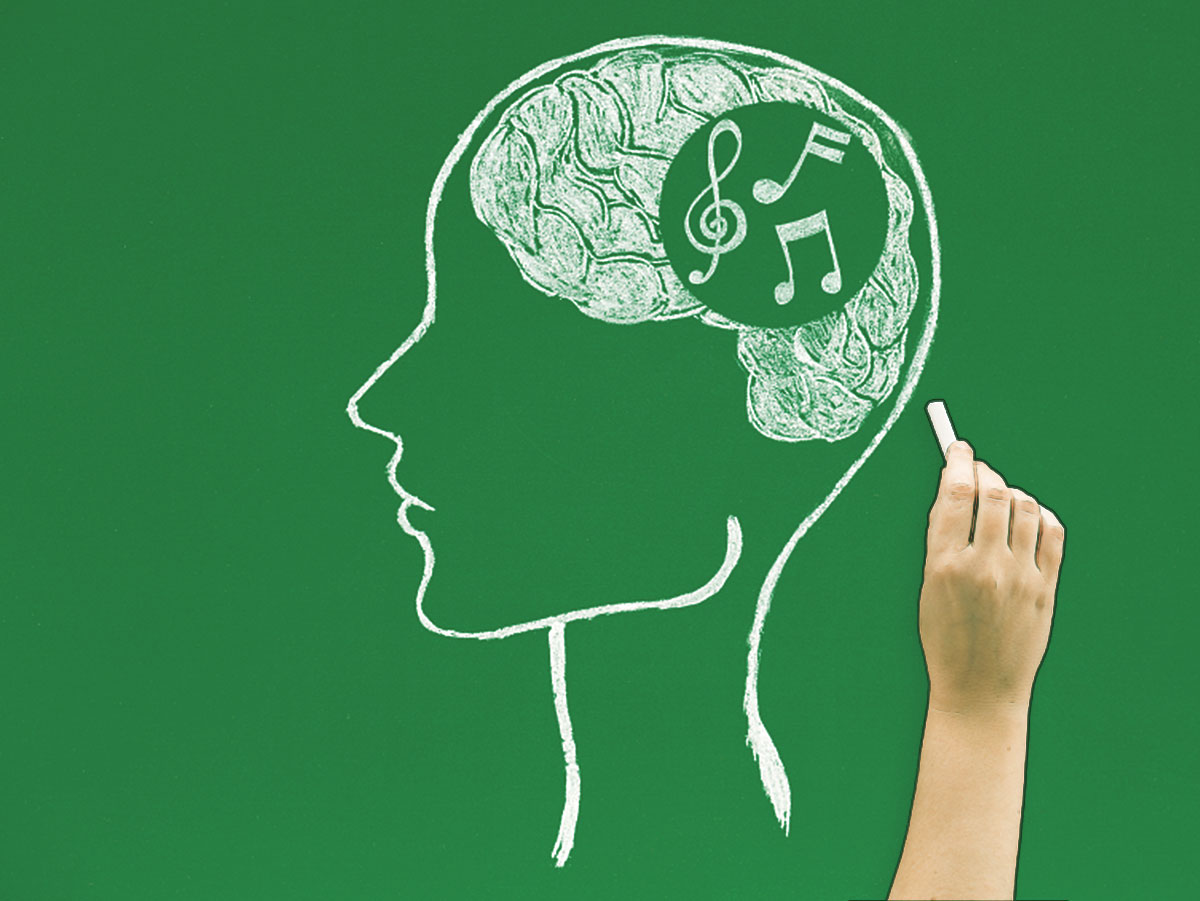 Barrels of ink have been spilled in an attempt to describe the difference in intelligence between musicians and non-musicians. But it all comes down to perspective.

Salt and pepper hair radiating from his head like a perpetual electric shock while a violin is nestled neatly under the chin that lives, itself, below the famous mustache of none other than Albert Einstein as he prepares to unwind a bit and practice.

Einstein has become so ubiquitous with “genius” that many an author has pointed to his violin playing as evidence that there was a connection between music and intelligence.

So, does music make you smarter?

There is a whole cottage industry of companies with products claiming that merely listening to certain music can make you smarter or feel certain ways. Nevermind the mind-numbing pop-psychology studies that try to match things like personality type with musical style preference.

There currently does exist... research that shows musicians really are different than non-musicians all the way down to our brain structure.

“But I find it’s true that I focus better when I listen to X, while listening to Y makes me feel more relaxed.”

Cool. Listen to X to get focused and Y to get relaxed.

But let’s face it, a variety of people like a variety of music and different kinds of music affect different people on different days. Period. If there were robust findings to the contrary, we would all know about it because it would be mind-blowing.

So let’s not generalize our personal music listening experiences onto the public at large. Because the amount of noise that currently exists in music listening data prevents clear connections to be made between music, intelligence, personality or behavior.

The same cannot be said for music performance though. There currently does exist mind- blowing, irrefutable evidence from converging lines of research that shows musicians really are different than non-musicians all the way down to our brain structure. So now it looks like we are closer to answering the question we are interested in 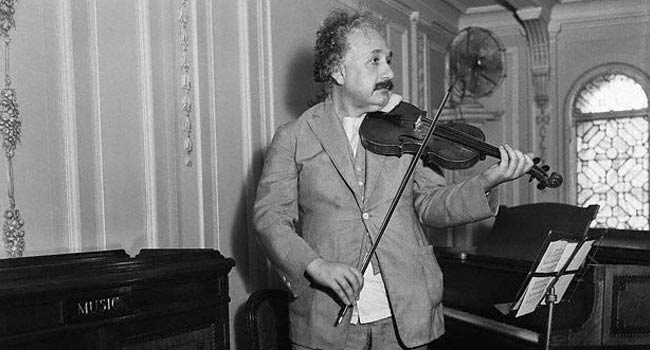 Albert Einstein loved the violin and would play at local recitals and join impromptu groups such as Christmas carolers who stopped at his home.

What we now need to do as musicians, is keep in mind three things as we review this kind of research and reports of it: Context, Biases and Heuristics.

The power of context.

Intelligent is better! Than what?

There are different kinds of intelligence, and different people have varying levels of these intelligences. Howard Gardner popularized the idea of multiple intelligences with his book Frames of Mind in 1983 showing that, based on his research and criteria, there were at least seven intelligences: linguistic, spatial, kinesthetic, musical, inter-personal, intra-personal, and mathematical- logical. 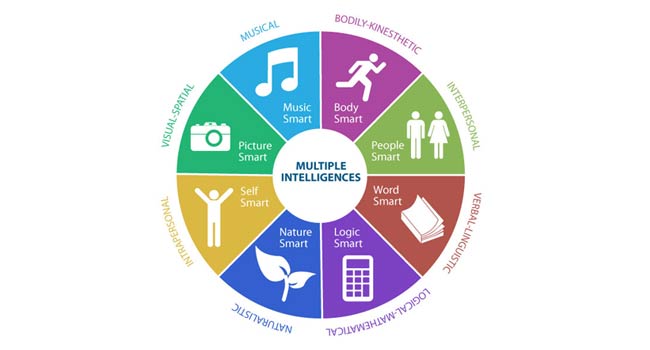 From his book Frames of Mind Howard Gardner popularized the theory of "multiple intelligences".

Instead of thinking of Einstein as the epitome of intelligence, maybe he is best characterized as an archetype for Gardner’s mathematical-logical intelligence, while other luminaries in other fields fulfill the archetypes of the other intelligences (see Gardner’s Creating Minds). This is all to say that the idea of intelligence as a general, monolithic, uni-variable thing (‘g’ as it is measured in psychometric tests) is being challenged in such a way that asking how intelligent someone is may be less important than knowing in which intelligence that person excels.

That is, we're all intelligent.

How could you possibly see it that way?! Well, if you really want to know...

If we give into confirmation bias we will only seek results that match our pre-existing worldview.

Cognitive biases are a series of phenomena that result in illogic or irrational conclusions. Instead of listing them all—and there is a growing list based on the cognitive sciences and behavioral economics—I will warn you from falling prey to one in particular.

Confirmation bias is the habit of humans to only seek or believe new information that confirms previously held beliefs. If we give into confirmation bias we will only seek results that match our pre-existing worldview.

So let’s be honest, as musicians we want to see research that proves that we are superior in some way shape or form. There is a built-in in-group bond that gets triggered when we see something that says our in-group is better than the out-group. If we already believe musicians are better than non-musicians in some capacity, we will not only believe, but maybe even seek and surround ourselves with such research.

Knowing is half the battle, people. That’s why I maintain a tacit belief that musicians have developed skills that make them different and not better than non-musicians.

“If I know you're very good in music, I can predict with just about zero accuracy whether you're going to be good or bad in other things.”
-Howard Gardner 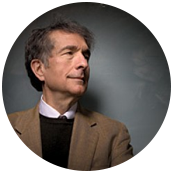 Further, it must be noted that confirmation bias reaches all the way up to researchers themselves, in that researchers in each of the senses feel their area of research—whether it be sight, smell or sound—holds special insight into the realms of emotions and/or intelligence.

The science of heuristics.

Serially subtract 13 from 1022 as fast and accurately as you can for the next five minutes.

Did they get more and more difficult? Our minds evolved to, in general, wrap themselves around basic, real world number problems. Obviously, the more abstract, the more effort it takes to understand.

It's easy to...believe things like,“Well, I'm a musician, therefore I am better at those tasks than non-musicians.” But you're wrong.

But science speaks in the language of numbers. Lots and lots of numbers to collect, organize and analyze (and sometimes normalize) using statistics; statistics that take years of training to engage in from both an observer and practitioner’s perspective.

Then, after a year or two of research, a scientist has to distill all that into an article that explains it. Then the science writers get their hands on it. Then, because of the researchers themselves, you hear about things like the Mozart Effect or, as published a couple months ago, "Do Older Professional Musicians Have Cognitive Advantages?". Even I admit that there is an embarrassment of riches in research showing the diversity in musicians and non-musicians.

But here’s the deal: it’s easy to hear from this research, “Musicians are better than non-musicians at certain tasks” and believe things like,“Well, I’m a musician, therefore I am better at those tasks than non-musicians.” But you’re wrong.

Why? Because you're engaging in a mental shortcut; a form of cognitive bias; a heuristic—one that enables quicker, though less accurate, decision making.

You see, social science research results apply to populations and not individuals. So if you see a study that claims, say, “Musicians outperform non-musicians in task X,” that does not mean that you, as a musician, will outperform any other non-musician individual in task X. They are calculating averages with error around that average that can’t be applied to individuals.

When you see data like that, just interpret it as a benefit that music training can have. Maintain your center and move forward.

So, does music make you smarter? It can, but I hope after reading this you will see what a malformed question it is.

If you are already a musician who is reading this, what difference does it make? You've already been bitten by the bug and have a lifetime of learning and growth ahead of you.

But if you're reading this, wondering whether or not to indulge in a hobby or career of music, I'd like you to keep in mind that few to no studies have been published to demonstrate that musical training is detrimental to mental or cognitive functioning in any capacity. So if you think you will enjoy the challenge of craftsmanship as it applies to music, and you have something to say musically...

Christopher Maute is host of "Meeting of the Minds", an interview show exploring topics in the a/theism landscape; a bassist who is fond of codifying his thoughts about music and practice in video and text; and a husband who enjoys cooking big Italian meals with his wife. This all while researching the psychology of the sense of smell. Not kidding.