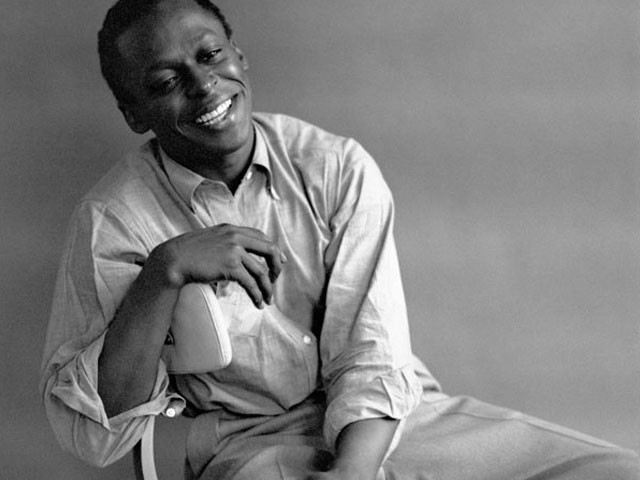 Ask anyone in the world to name three Jazz musicians and Miles Davis will be part of the answer every time. He helped to pioneer Bebop, Cool Jazz and Fusion with the originality and faith of a true visionary.

Possibly the most famous and influential trumpet player in the history of modern music dropped out of the prestigious Juilliard School in 1944. It was one of the most important decisions of his life. It wasn’t a lack of talent that had Miles depart the academic scene in pursuit of his idol, Charlie Parker, it was the kind of vision and dedication present in so many of history’s greatest musical minds that pushed Davis to pursue his most precious dreams no matter what the cost.

Miles’ gamble paid off a year later when he replaced the great Dizzy Gillespie in Charlie Parker’s band. That was the year Bebop was born, a form of Jazz that would pick up where the outdated swing bands of the early 20th century left off, and take a generation of virtuosic American musical innovators all the way to the Jazz-Fusion era of the 1970s (started in no small part by Miles himself).

Another trait Miles shared with too many seminal artists was his tragic struggle with drugs. With his cocaine addiction in full bloom, the great man withdrew from the world of music in 1975 and would not emerge again for six years. As Gil Evans said, "His organism is tired. And after all the music he's contributed for 35 years, he needs a rest."

His 1980 return to the music scene heralded a new era of Jazz combining traditional elements of improvisation and swing with the updated sounds of influentials like Jimi Hendrix and James Brown. The combination gave birth to an incredible movement that carried with it names like Weather Report, Return To Forever and Mahavishnu Orchestra. On September 28, 1991 Miles succumbed to the combined effects of a stroke, pneumonia and respiratory failure, leaving behind a legacy of such importance as to earn him a permanent place among history’s most important musicians.

“Miles Davis played a crucial and inevitably controversial role in every major development in jazz since the mid-'40s, and no other jazz musician has had so profound an effect on rock.” - The Rolling Stone Encyclopedia of Rock & Roll

Like most musicians of his caliber, Miles amassed an amazing collection throughout his career. But the horn most often associated with the great master is a Martin Committee Handcraft trumpet made in 1939, said to be the model he brought with him from Illinois to New York City in 1944.

In the later part of his career, Miles moved into a more modern form of Jazz referred to as Fusion, bringing to the stage sounds borrowed from the rock scene of the 1970’s. In particular, Miles experimented heavily with a wah-wah pedal made famous by guitarists of the time like Jimi Hendrix.

Miles was known for his perfectly clear signature tone, something he developed with his first trumpet teacher, Elwood Buchanan. He actually slapped Davis' knuckles every time he started using the heavy vibrato that was popular around that time. Miles always said, "I prefer a round sound with no attitude in it, like a round voice with not too much tremolo and not too much bass. Just right in the middle. If I can’t get that sound I can’t play anything.”