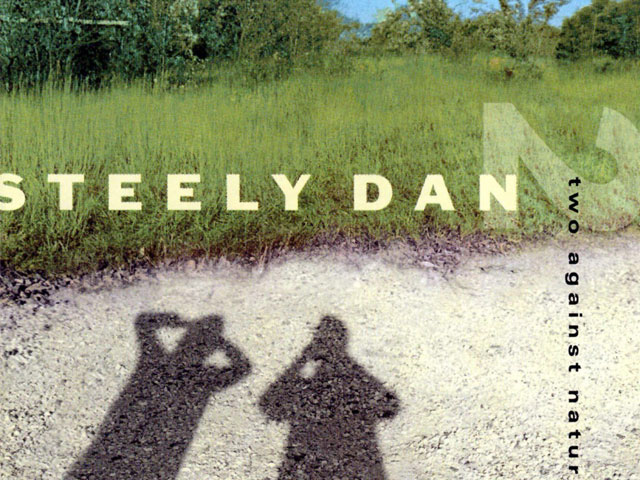 Scott Hull talks about his time in the studio with Walter Becker and Donald Fagan mastering Steely Dan's Two Against Nature, for which he won a Grammy.

I’ve had the pleasure over the years of working with many great artists. Watching some of the masters of our business do what they do best. It’s been a behind the scenes look, a close up, without the cameras and public attention. In this environment you really get to see who these creative people are. One of my experiences was with Donald Fagen and Walter Becker of Steely Dan.

I was mastering their Two Against Nature CD with them in my mastering room. We had spent many hours over the course of several days getting all of the songs exactly the way they wanted them. Using the right equalization, the right level, fades and timings. There was one song that Donald was not content with. We experimented with EQ frequencies and such for quite some time. What was interesting about this was that even the most minute changes in EQ had a profound impact on the mix.

Steely Dan’s songs are mostly very sparse, carefully crafted sounds blended so that the individual elements aren’t immediately apparent. In this case the overall sound of the song needed to be a little brighter, as in more “present” compared to the other tracks on the record. But when EQ was added to make it brighter, one or more of the elements of the mix moved more than the other elements. In this way the EQ changes were more like mix level changes. We eventually came to a debate over whether we should add 0.2 db of EQ at 1,400 Hz or add 0.2 db of EQ at 1,250 Hz. The difference between these two settings would ordinarily be completely inaudible to most people, unless they had trained their perception.

For Donald however, who was deeply aware of how his record sounded, the difference was huge. At the first setting one of the shakers in the mix seemed to sound louder and dominated the mix in a way it hadn’t before. At the other setting the snare seemed louder, which was the intention, but it was too much. He asked me if we could split the difference, but at the time 0.2 db increments were the smallest change available and there wasn’t another option. If I recall correctly what was finally decided was to not add the EQ. The track would be a tad less present than there other tracks, but the balance between the instruments would be what he wanted.

Be very aware of how a piece of music makes you feel. While manipulating sound with modern technology, perfection is often confused with better. Good, better and best are feelings inside that are linked to the emotional reaction of the listener. Perfection is often not the most emotional or compelling attribute of a recording.

“We Hear More Than We’re Supposed To Hear” is excerpted from Scott Hull’s extensive article “Ramblings about Music from a (Not Quite Yet) Mad Mastering Engineer” in the Tzadik/Hips Road book Arcana III: Musicians on Music, edited by John Zorn. Arcana III is available from Downtown Music Gallery and other online retailers.