Famous Guitarists And Their Guitars, Part 1 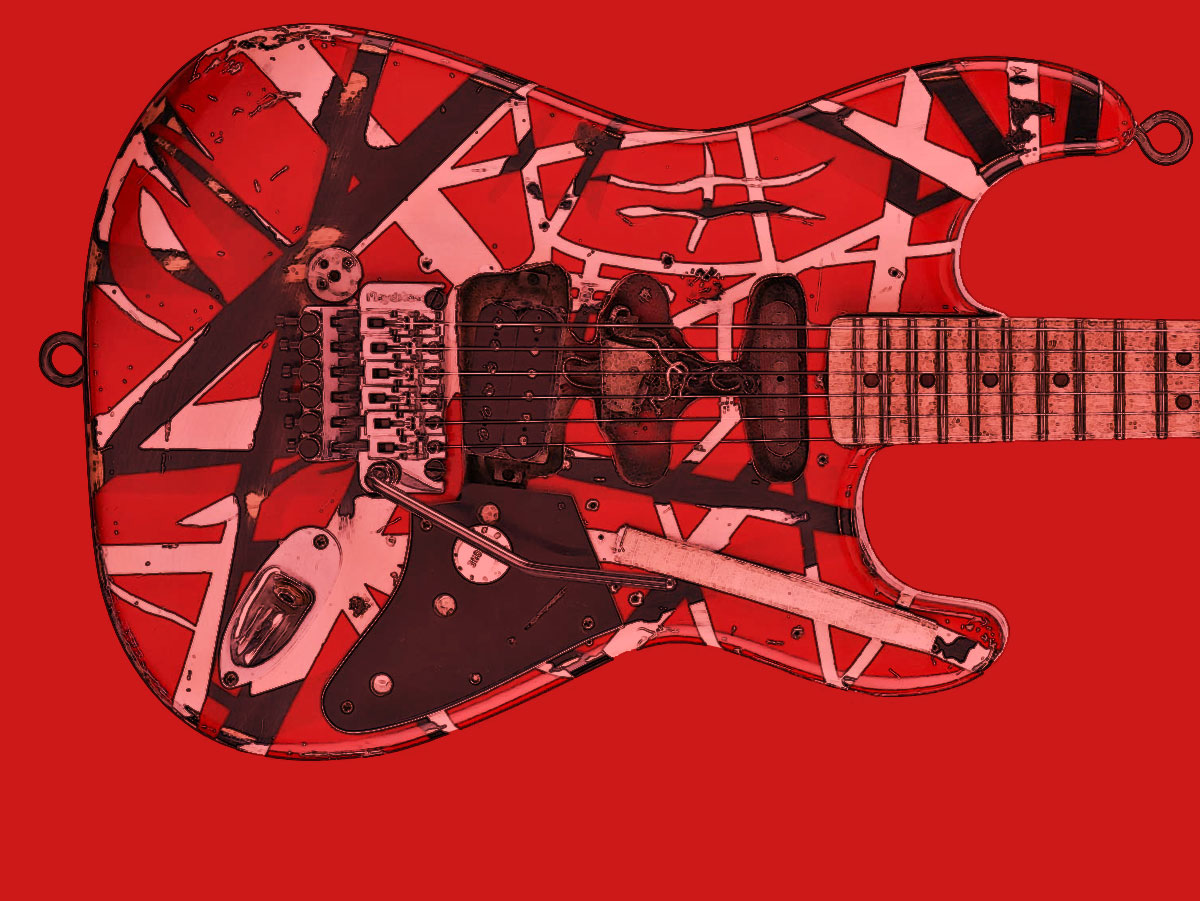 History is full of great guitarists developing a tight bond with their favorite instrument. A trust between guitar and artist is built, defining the sound for their whole career.

The act of creating something from nothing — pulling music from your imagination and performing it for a world in which that combination of sounds has never been heard before — is a special kind of magic. And so, it is no surprise that the instruments that these guitar players put their trust in year after year, album after album, hold wonder and awe for those who enjoy their music.

B.B. King's tone is the stuff of legends. And, while he may not have had to sell his soul at the crossroads to achieve his signature sound. He did once risk life and limb for his favorite guitar.

As the story goes, in the late 1940's, the blues legend was at a dance hall gig when a fight broke out causing a blaze. King ran into the building to save his Gibson - endangering his own life. He later learned the fight that started the fire broke out over a woman named Lucille. And so that name, naturally, became his guitar's iconic moniker.

Eddie Van Halen and the “Frankenstrat”

Anyone who's taken a woodworking class in school will remember the varying skill sets among their classmates. At the end of each year you inevitably had a number of wobbly stools, birdhouses no self-respecting bird would ever perch upon without a death wish, and whatever unidentifiable blob of wood and glue a frantic kid rushed into being in hopes of a passing grade.

And, if Eddie Van Halen hadn't single-handedly re-invented guitar playing in 1978 with his little woodworking project, the Frankenstrat guitar — and the release of Van Halen's debut album — he may have only barely eked out a passing grade himself. But like the lop-sided candy dish a kid gives his mom as a gift. We overlook the craftsmanship because it was made with love. And that guitar tone? Man. That unbelievable tone.

With Frankenstrat, Eddie Van Halen attempted to mix a Gibson and Fender by routing an ash Stratocaster body to fit a Gibson PAF humbucking bridge pickup and a single coil neck pickup (the neck pickup was decor and never actually wired with the humbucker - Eddie just couldn’t get it together).

Frankenstrat featured a maple neck and fretboard, chrome hardware and red, black and white stripes. And, of course, an original Floyd Rose tremolo.

After switching from Gibson guitars to the Fender Stratocaster in 1970, due to the influence of Jimi Hendrix, Clapton bought six vintage Strats from the Sho-Bud guitar shop in Nashville for $100 each. He gave one each to George Harrison, Pete Townsend and Steve Winwood, then took the other three Strats and used the best parts of each to build “Blackie”, so named for it’s shiny black finish.

Brian May and the "Red Special"

Brian May and his "Red Special" guitar in his own words:

A little over 40 years ago, largely because we could not afford to buy a high quality electric guitar, and partly because we enjoyed a challenge, my Dad and I decided to make an electric guitar. I designed an instrument from scratch, with the intention that it would have a capability beyond anything that was out there, more tunable, with a greater range of pitches and sounds, with a better tremolo, and with a capability of feeding back through the air in a ‘good’ way.

Previously (ironically) electric guitars had been designed NOT to feed back, but in the hands of Jeff Beck, Pete Townshend and Jimi Hendrix, they were forced to! My Dad had the technical knowledge and skills to make the dream come true. The result, after two years of spare-time work, exclusively with hand tools, was the instrument I now call my ‘Red Special’ - or the ‘Old Lady’ - the guitar which has been a part of me through 30 years of live concerts and studio work with Queen, all around the world.

Prince and the "Cloud Guitar"

The iconic, curvaceous “Cloud Guitar” that graced Prince’s Purple Rain-era reign at the top of the Billboard charts was originally built by David Rusan, a luthier at Knut Koupee music store in Minneapolis. Other versions have followed, produced by Schecter. Reportedly the original was smashed at the end of filming Purple Rain. Shame if that’s true, but Jimi Hendrix and Pete Townsend have destroyed far more valuable instruments without a second thought, so we’re not going to judge Prince too harshly for that.

Part 2 is wide open and we’re looking for suggestions. Leave a comment (below) with your favorite guitarist and his/her iconic guitar and we’ll pick the best of the bunch for the next installment.