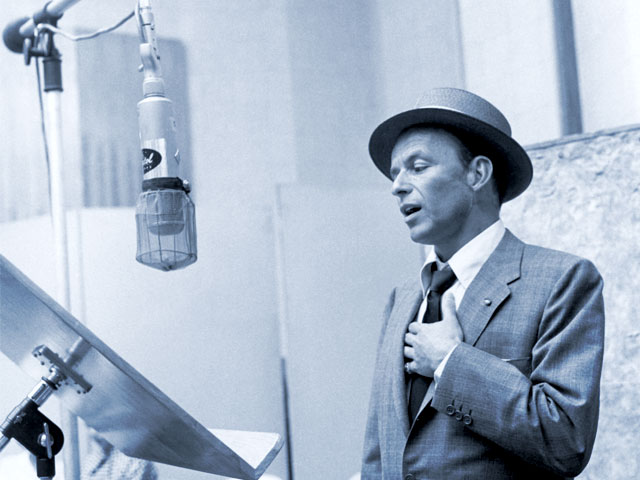 Turns out, the best way to get more life out of your expensive tube mics is by using them upside down. Scientists just discovered heat rises. Who knew?

There is a grand tradition in the music biz of turning things upside down. Jimi Hendrix turned his Fender Strat upside down so he could play it left handed (he also lit it on fire, a fact that obviously didn't hurt its $400,000 sale price). In the olden days, a good 'ol boy would turn a washtub upside down to make a bass. As broke ass musicians, we've all turned the couch upside down looking for spare change. You get the picture.

But now, new shit has come to light, Dude. It turns out that turning your tube mic upside down might just be what the doctor ordered.

Why did the doctor bother order anything at all, you might ask? Well, apparently the doctor thinks your mic is too hot. Oh, and Frank Sinatra did it that way, which is often reason enough to do anything, like drinking Rye until 4am and smoking 3 packs a day.

According to the nice folks over at RecordingHacks.com, inverting a tube mic like, oh, an Apex 460, decreases the temperature of its PCB (printed circuit board) by up to 8 degrees fahrenheit.

But why would you want to do that? Well, Matthew Mcglynn explains it thusly: "the electrolytic capacitors found in most audio gear have a useful life span that is inversely proportional to operating temperature."

In other words, keep it cool and it'll last longer. Makes sense, no?